A group of zealous parents ruins a Colorado holiday tradition. How did this happen? 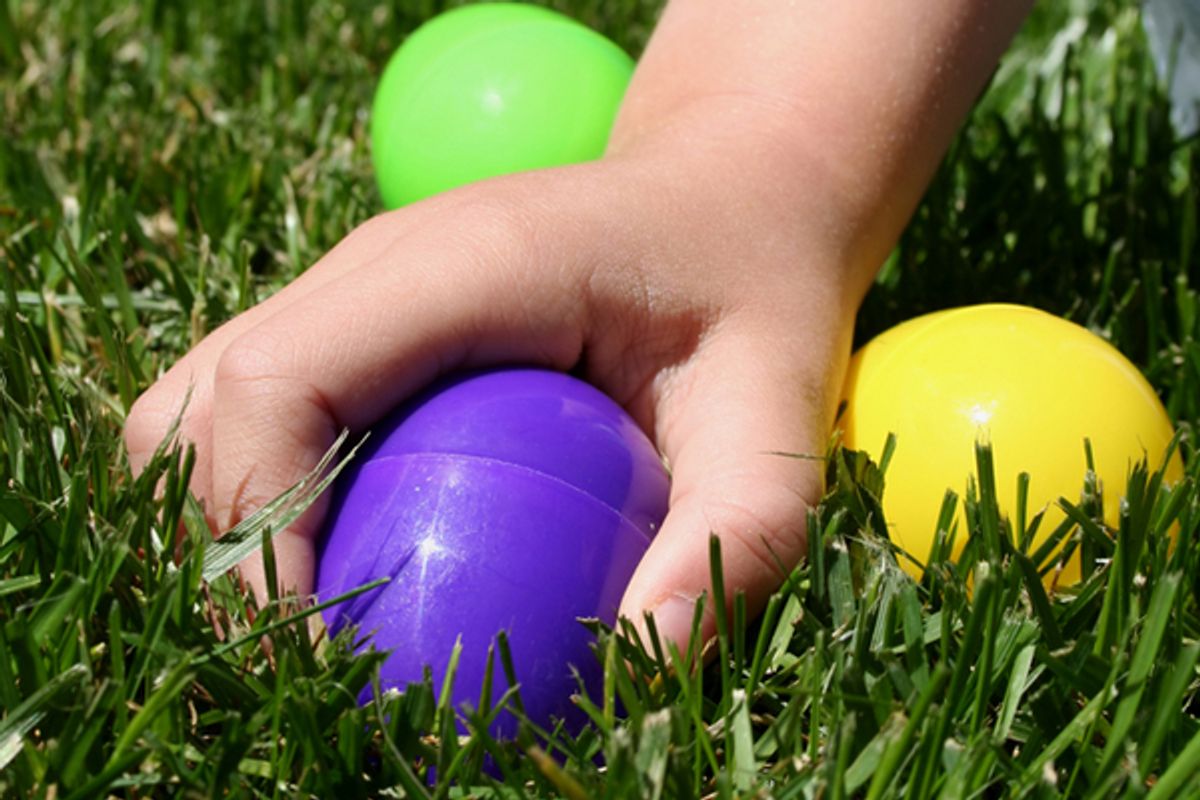 It's a competitive world out there for our children. We need to get them into good schools, good camps, and make sure they aren't noshing on broken glass and dirty syringes at the playground. But moms and dads, do we really need to remind you that a springtime frolic is not the Harvard admissions interview?

The Associated Press reported Monday that a Colorado Springs Easter egg hunt has been canceled due to "aggressive parents" who managed to bring the hunt to an end in mere minutes last year. Organizers said that this time last year, "many parents had jumped a rope set up to allow only children into Bancroft Park" in the hopes of gobbling up brightly colored trophies on their offspring's behalf. As parent Lenny Watkins, who participated in the hunt two years ago, told the AP, "You better believe I'm going to help my kid get one of those eggs. I promised my kid an Easter egg hunt and I'd want to give him an even edge." Yes, we have apparently reached the point in certain parenting circles where a community event is on par with Mandarin lessons.

Having survived a few Easter egg hunts in my time -- in the gladiator-like breeder arena of Brooklyn -- I can attest to their often brutal, "Hunger Games"-like frenzy. It is no picnic -- even on a picnic lawn -- to be the family with the sobbing child who hasn't scored a single plastic oval. But life is full of tantrums and disappointments. It's full of grabsies for the same magical cape in the preschool dress-up box, and a coveted spot at the top of the monkey bars. But if we're lucky, our kids can remind us that not every interaction has to be a fight to the death.

I remember my firstborn's tears the year we were too late off the mark to snag a single egg at our local park's hunt. There, a few yards away on the same lawn, was a friend from her preschool who'd gathered a small handful. This girl, at the sight of her sad playground buddy, came over with her mom and unhesitatingly gave my daughter one. It was an empty piece of plastic, one my daughter hadn't "earned." It was something I'd never have been able to score for her myself, either. It was a gesture of kindness on one child's part and acceptance on another's, one that defined a friendship. And the only way kids can get a moment like that is by getting into the hunt by themselves.