The evangelical allergy to Mitt 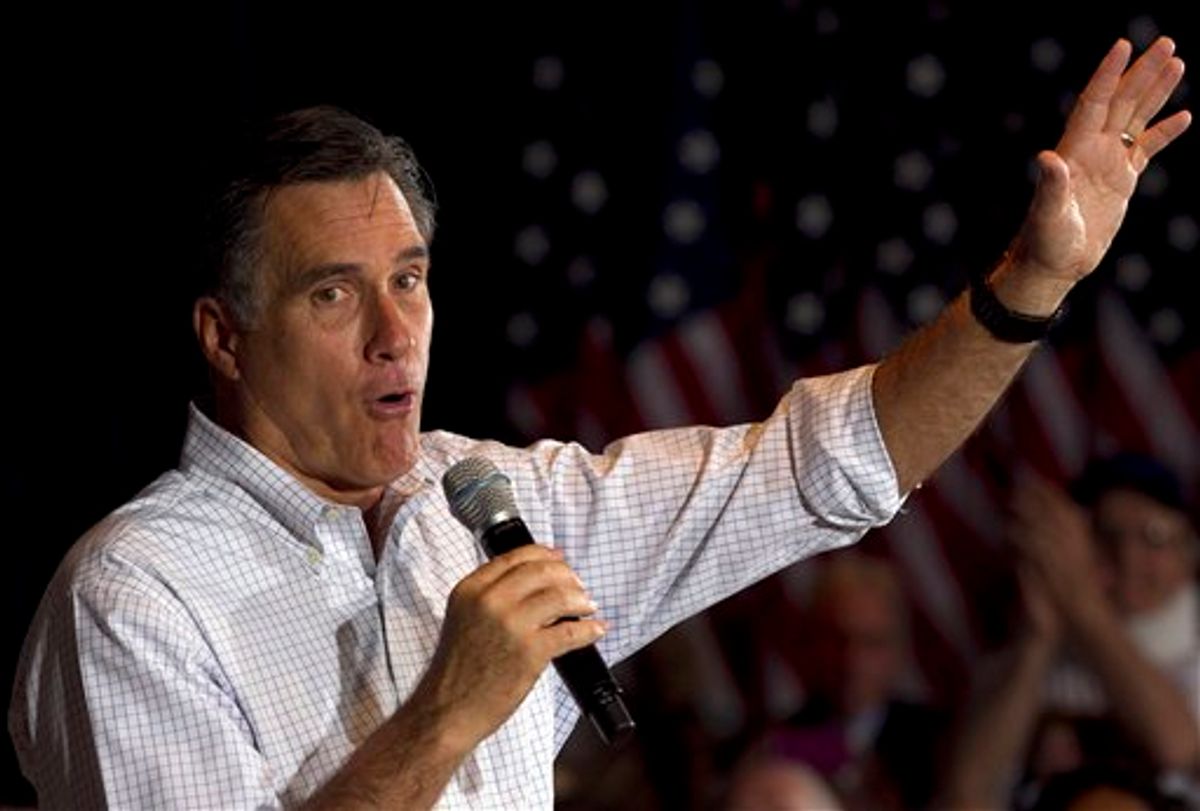 The 22-point shellacking that he suffered in Louisiana over the weekend didn’t change the reality of the Republican presidential race: It’s still Mitt Romney’s to lose. But it did highlight the remarkable degree to which a major component of the Republican Party’s base – evangelical Christians – is intent on not participating in Romney’s coronation.

Among the 61 percent of voters in Louisiana’s GOP primary who identified themselves as evangelical or born-again Christians, Romney was crushed by Rick Santorum, 56 to 20 percent. Among the rest of the electorate, Romney actually won, 38 to 37 percent. This merely continues the pattern that has defined the GOP race: In states where evangelicals make up more than 50 percent of the Republican electorate, Romney can’t win; in states where they make up less than 50 percent, he can’t lose.

It’s becoming clear as the Republican nominating process plays out that Romney doesn’t really have a conservative problem in the way that many believed he did at the start of the campaign. The real resistance to him is narrower, and tied directly to religion. Among self-described “very conservative” voters who don’t also identify as evangelicals, Romney has actually held his own. But he gets just absolutely clobbered among conservatives who are evangelical or born-again.

This isn’t a new problem for Romney, who probably would have been his party’s nominee in 2008 if only evangelicals had been more receptive to him. Back then, Romney’s strategy was to run as far to the right as possible in order to take advantage of the conservative base’s deep distrust of John McCain, and it wasn’t a total failure. Ultimately, he fell short in Iowa because evangelicals flocked to Mike Huckabee there, as they did in subsequent states  that were vital to Romney’s strategy (particularly in the South).

It was possible to chalk up Romney’s ’08 evangelical issues to the presence of Huckabee, a Baptist preacher. But now that he’s regularly getting crushed by Rick Santorum, a Roman Catholic from Pennsylvania, the depths of Romney’s evangelical problem have come into focus. The question is what, exactly, it is that makes him so objectionable to Christian conservatives.

The most popular theory is that Romney’s Mormon faith is the culprit. Mormons tend to think of their religion as compatible with Christianity, but this view is strongly rejected by most evangelical Christians. A survey of Protestant pastors last year found that 75 percent of them don’t believe that Mormons are Christians, and a recent Pew poll found that only 35 percent of white evangelical Republicans voters think that Mormons are Christians.

Suspicion of Mormonism seems particularly pronounced among Southern Baptists and Pentecostals, and occasionally evangelical leaders will give voice to this, as Robert Jeffress, a Baptist pastor from Texas, did last fall when he called Mormonism a “theological cult.” Jeffress, who stressed that he would still back Romney over Barack Obama in the fall, expressed his refusal to support Romney in the primaries this way:

But to those of us who are evangelicals, when all other things are equal, we prefer competent Christians to competent non-Christians who may be good, moral people like Mitt Romney.

Another theory, though, holds that Mormonism is  a red herring, and that evangelical doubts about Romney are rooted in his culturally liberal past. To support this case, Michael Tesler points to data showing that support for Romney among evangelicals decreases in relation to how conservative those evangelicals voters are on moral issues.

The idea is that evangelicals are much more likely to base their votes on cultural issues, and thus to question the sincerity of Romney’s late-in-life conversion to their cause. By contrast, his two main opponents, Santorum and Newt Gingrich, can boast of long-standing public support for the Christian right’s agenda. If this is the source of Romney’s evangelical struggle, then we could expect a different, more consistently anti-abortion and anti-gay rights Mormon candidate in the same position Romney now is to be winning evangelical voters and Southern states with ease.

The good news for Romney is that his evangelical problem probably won’t matter in the fall. No matter what the explanation for it is, conservative evangelicals are fanatically opposed to Obama and likely to vote for any Republican candidate running against him. The bad news is that their primary season resistance to him has stretched the nominating process out, significantly lengthening the amount of time that Romney has to spend staking out very conservative positions that could haunt him with swing voters in the fall.