What Obama knows about you 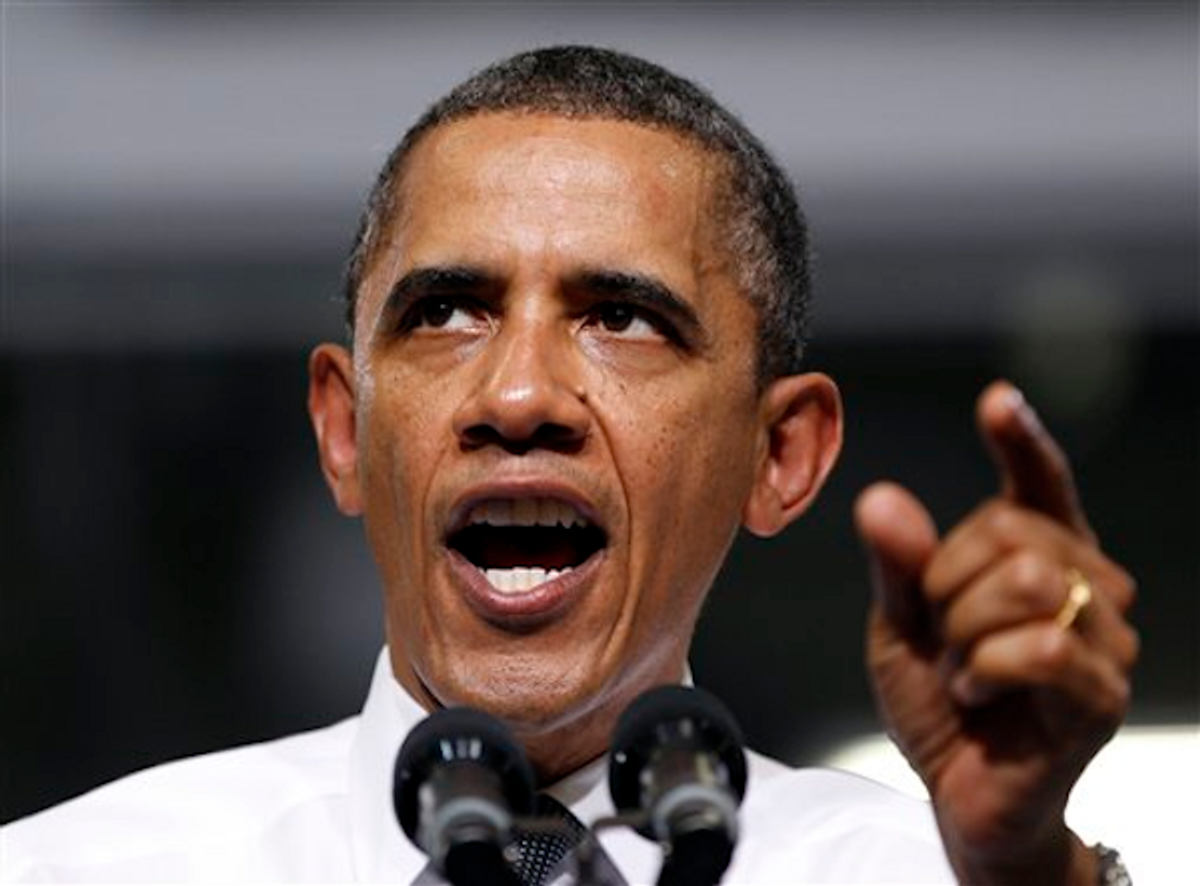 Earlier this month, we built an interactive graphic showing how different Obama supporters received different variations of the same email -- one way that the campaign may be using data to personalize messages.

The reason we can't speak with certainty about the campaign's database is because Obama's campaign won't talk about it. Citing concerns about letting Republicans learn their tactics, the Obama campaign declined our request for comment -- just as they have with other outlets -- about what data the campaign collects and what they're doing with it. The campaign did emphasize to us that, regardless of what information they gather, it has never sold voter data or shared its voter database with other candidates.

Here's a guide to what we know -- and what we don't -- about the information Obama is collecting about voters.

1. What information is the campaign collecting about individual supporters?

We only know some of the data they're collecting -- but they're clearly collecting a lot.

The Obama campaign has hired a corporate data mining expert, Rayid Ghani, to serve as the campaign's "chief scientist." Ghani has previously researched how to use a retailer's record of customer purchases to predict what a particular customer will buy during a given shopping trip -- the same kind of data crunching that Target has apparently used to predict whether shoppers are pregnant. The campaign is continuing to hire "analytics engineers" and other data experts.

Some of the most important data campaigns need is already public. State voter files include the names and addresses of individual voters and their voting history. Campaigns don't know who you voted for. But they know when you voted, when you didn't, and in some states, your race and party registration.

The Obama campaign website asks supporters for basic information, starting with your email address and ZIP code. If you sign up for an account on the site or register as a volunteer, you may also be asked for your mailing address, phone number and occupation.

Logging into BarackObama.com using Facebook gives the campaign permission to access your name, profile picture, gender, networks, list of friends and any other information you have made public.

How much of that information are they tracking and connecting back to you? The campaign won't give an overarching answer to that.

That doesn't mean they're tracking everything. For instance, the campaign website currently features an interactive graphic that allows users to see how healthcare reform law might benefit them. To do so, users click through several options, selecting whether they have private health insurance, Medicare, Medicaid or no insurance at all, how many people are in their family, and what their annual household income is.

It's worth noting that, just like many websites, the campaign also works with third party ad vendors who use web cookies to track your browsing across the Internet. This enables them to serve you ads on different sites -- and to target their ads based on the sites you visit.

2. What will happen to all this personal information once the campaign is over?

It's hard to know.

The campaign's privacy policy reserves the right to share the personal information it collects "with candidates, organizations, groups or causes that we believe have similar political viewpoints, principles or objectives."

The campaign wouldn't comment about any future plans but said its track record demonstrated its approach to privacy protection.

After the 2008 election, Obama's list of 13 million email addresses was not given to other candidates or used by the White House. Obama launched "Organizing for America," a Democratic National Committee outreach program that drew on Obama's wide network of supporters to generate support for the president's agenda.

"This campaign has always and will continue to be an organization that respects and takes care to protect information that people share with us," spokeswoman Katie Hogan said.

But the privacy policy shows the campaign is reserving the right to share their increasingly rich database. And some experts are wondering what Obama will do with it once the campaign is over.

"As a voter, I would feel a lot more comfortable if campaigns gave voters the option of whether or not they could pass their information on to other groups," said Andrew Raisej, founder of Personal Democracy Forum and TechPresident, a site focused on the ways technology affects politics.

From a voter's perspective, "the fact that I gave the Obama campaign $10 for six months, or emailed the campaign 10 times, may not be information that I want anyone else to know," Raisej said.

"The success of the Obama campaign in 2008 in getting millions of people to log onto their website to give personal information and volunteer and do all sorts of things for the campaign hinged on trust," she said. "People did not believe that that information was going to go anywhere."

Any choice to share supporters' information should take their preferences into account, Coney said. A campaign could easily create a checklist of politicians and organizations, allowing users to grant permission to share with some groups and not with others.

3. Is there any way to erase yourself from the campaign's database?

President Obama's "Consumer Privacy Bill of Rights," released last month, says that consumers' right to control their own personal data "includes a right to withdraw consent to use personal data that the company controls."

In a report on consumer privacy released yesterday, the Federal Trade Commission (FTC) also called on companies to "provide consumers access to the data collected about them."

Both the "Consumer Privacy Bill of Rights" and the FTC's report are meant to serve as guidelines for future legislation regulating companies' use of consumer data. How exactly any laws will apply to political campaigns isn't clear.

A White House official said that the Privacy Bill of Rights "applies to how businesses handle consumers' personal data online, and will impact all organizations using personal information collected through commercial means," including campaigns.

Obama's privacy policy notes that users, just as they can at any website, can disable cookies if they don't want their browsing tracked. And to the campaign's credit, EPIC's Lillie Coney said, the privacy policy also includes a link to the Network Advertising Initiative, which allows users to control which digital advertisers are tracking them.