The philosophy of aesthetics 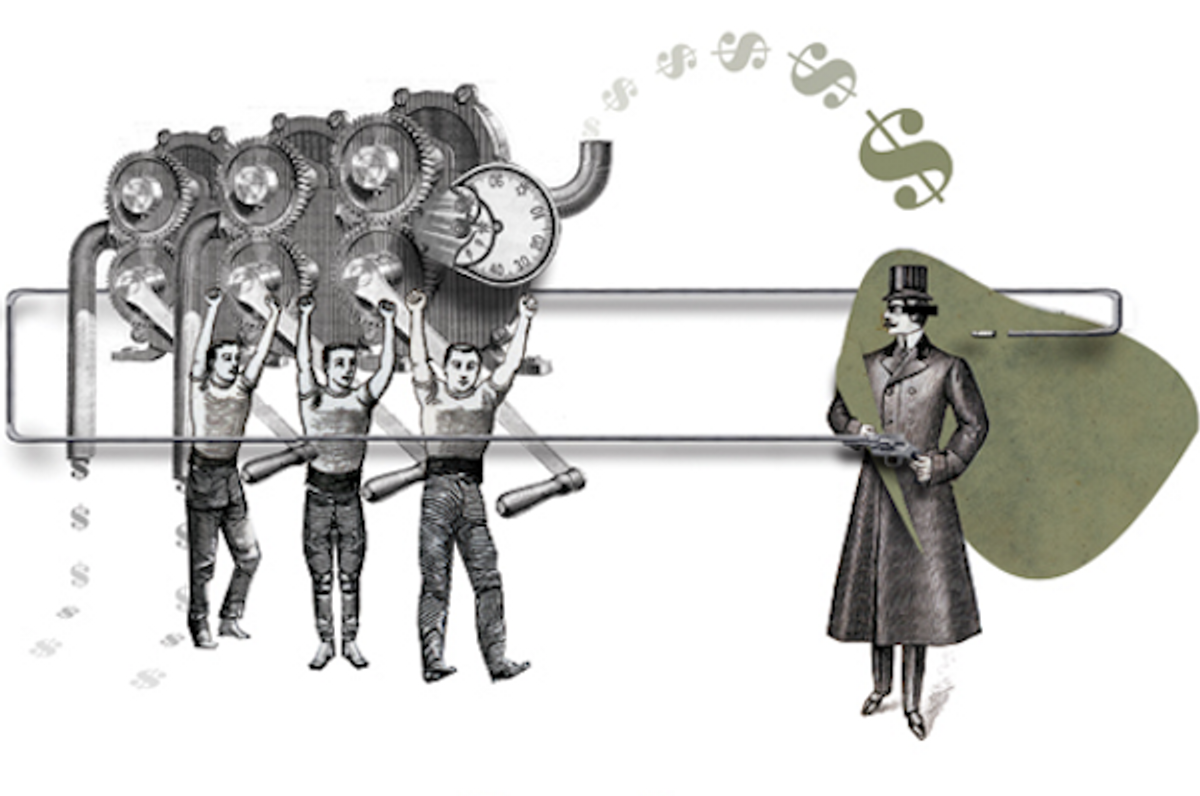 By all accounts, Erin Schell was doing well. She had a good job designing book jackets for a large company. But there was one minor issue: “I found working for a corporation and having a comfortable job sort of soul crushing and meaningless,” she says. “But that’s just me.”

In 2009, Schell left her job and began teaching at Parsons and taking philosophy classes. Last year, she entered a master’s program in political philosophy. Examining the intersection of aesthetics and philosophy has been a way for her to reassert control over what she creates. “It was about trying to have meaning and autonomy in my own work,” she says.

Schell’s interests have converged in the Occupy movement (she has contributed illustrations to the literary journal n+1’s Occupy! gazette and recently went on a tour of Italy discussing the protests) and in the New York Times’ philosophy blog, the Stone. Her collages for the latter ― Socrates in the clouds contemplating earthly delights; carnivorous animals dangling over a moral abyss ― use graphics as a means for critical inquiry. “It’s not just empty decoration,” says Aviva Michaelov, the art director of the Times’ opinion pages and Sunday Review.

The depth of Schell’s work is apparent in an installation she created for a public library in Washington, D.C. In “Illuminated Memories of Tenleytown,” she gives a visual history of the changing D.C. neighborhood, drawing on three months of research and reporting. Old newspaper stories and halftone images come together in a rich assemblage of overlapping memories and histories. Mixing sharp politics with evident empathy for the people of the community, it’s exactly the kind of work Schell wants to do more of. “It’s the idea of storytelling,” she says.

“The question of: How do you foster a sense of community to shake people out of modern alienation?”