Why the MPAA doesn't want your kid to see "Bully"

With its R rating for "Bully," the ratings board reveals its true nature -- and may have doomed itself 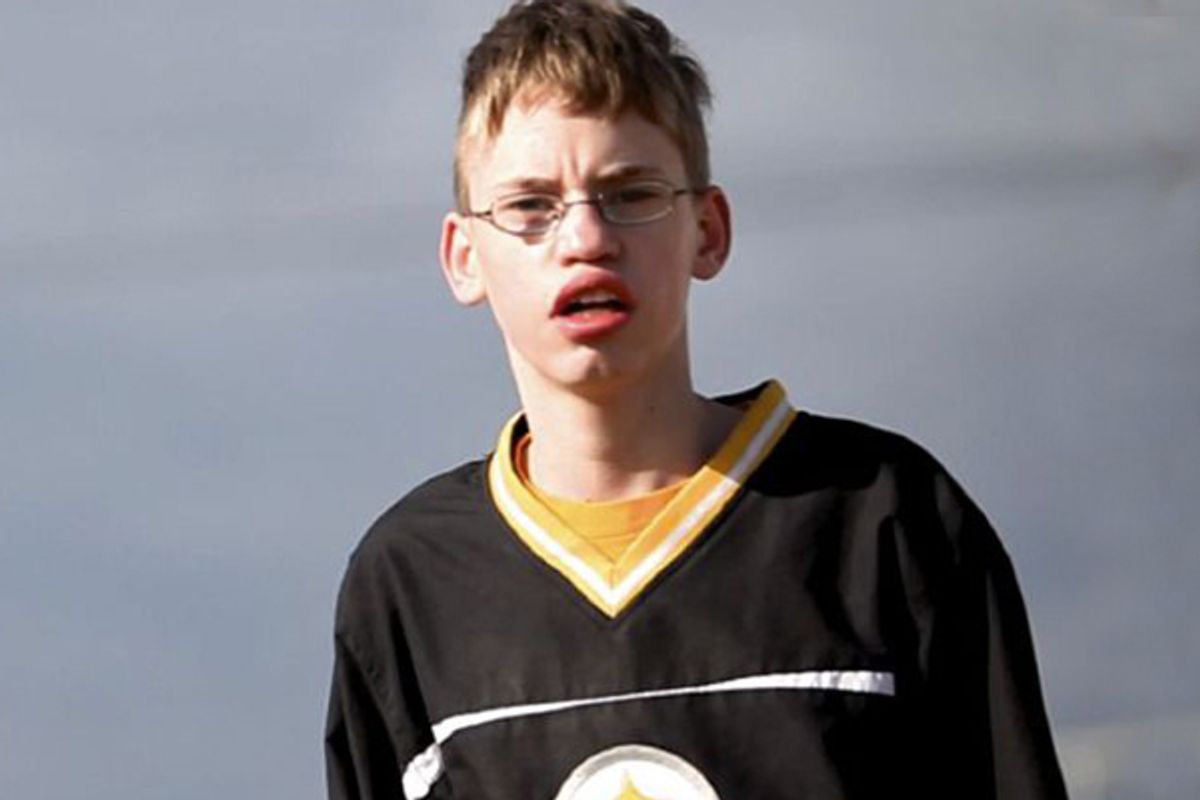 With its unerring instinct for being on the wrong side of every major social and aesthetic issue, the Motion Picture Association of America's ratings board has refused to budge off its R rating for "Bully," an earnest and moving documentary made for and about tormented preteens and teenagers. There's almost a perverse, Santorum-style integrity about the MPAA's staunch resistance. Its ratings board -- an anonymous group of Los Angeles-area parents -- stands tall for some unspecified and imaginary set of American values, in the face of a viral lobbying campaign that has enlisted Justin Bieber, Johnny Depp, Martha Stewart, Ellen DeGeneres and nearly 500,000 other people, and made an overnight media celebrity out of 17-year-old Katy Butler, a self-described victim of bullying who started the online petition.

But what's really perverse, of course -- not to mention cruel and repellent -- is a ratings decision that ensures that the kids who most need the succor that "Bully" has to offer are now the least likely to see it. I'm both a parent and a movie critic, and I understand the usefulness of a ratings code and the impossibility of screening all entertainment options for your kids in advance. But while the MPAA board pretends to be a source of neutral and non-ideological advice to parents, it all too often reveals itself to be a velvet-glove censorship agency, seemingly devoted to reactionary and defensive cultural standards. In the "Bully" case, the board has ended up doing what it usually does: favoring the strong against the weak, further marginalizing the marginalized, and enforcing a version of "family values" that has all sorts of unspoken stereotypes about gender and sexuality and race and other things baked into it. In short, the MPAA has sided with the bullies and creeps.

Controversies over MPAA ratings are nothing new, of course, and there's already an entire documentary film -- Kirby Dick's "This Film Is Not Yet Rated" -- devoted to the subject. But in the past they've usually concerned depictions of non-normative sexuality (especially lesbian/gay sex, or adult female sexuality of any kind), about which the ratings board is infamously panicky, or violence, which is tolerated at almost any level and intensity. In stigmatizing a social-issue documentary, the ratings board has accidentally opened up a new front in the culture wars -- one where, over the long haul, its nervous-Nellie neo-Puritan values are unlikely to prevail.

Without doubt, the MPAA has handed "Bully" director Lee Hirsch and Harvey Weinstein, whose company is releasing the film, a formidable marketing weapon and a tremendous amount of free publicity. Even more significantly, it has provided Weinstein an opening to drive a wedge into the MPAA's rating system and its hegemonic control over what films are shown where. As promised some weeks ago, the Weinstein Co. will now release "Bully" without a rating, which would ordinarily kill off any chance of reaching a mass audience. While MPAA ratings have no legal force, national cinema chains generally won't program unrated movies, and often can't advertise them in newspapers. (Unrated releases are assumed to be adult-oriented indies or foreign films, released by specialty distributors and confined to art-house theaters.)

Mind you, there's no one in show business who knows how to sell a movie from a maverick or outsider position better than Harvey Weinstein. He has apparently persuaded AMC, the second-largest theater chain in North America, to screen "Bully" in some locations, and it's possible other exhibitors will follow suit. But while the pissing contest between Weinstein and the MPAA should make for good spectator sport -- and may further erode the MPAA's power, which is certainly welcome -- it's still true that middle schools and high schools won't be able to screen "Bully" for their students, and that in most cases theaters showing it won't admit unaccompanied teenagers.

At least officially, the R rating for "Bully" is a response to some frank teenage conversation (especially the use of the word "fuck," always a shibboleth). As a parent of young children, I wholeheartedly agree that young people should be instructed to avoid such language at Grandma's dinner table (or within adult earshot generally). But are we really expected to take that seriously? A few F-bombs in a sober, serious, troubling documentary -- and that's what we need to protect real-life teenagers from? As I see it, the smatterings of profane language make a convenient stand-in for all the stuff in "Bully" that's genuinely obscene, and that can and should make us all uncomfortable. Like the story of Kelby Johnson of Tuttle, Okla., a 16-year-old out lesbian who has been ostracized by her entire town, including her teachers, school officials and other authorities; or 17-year-old Tyler Long of rural Georgia, an awkward and introverted kid who hanged himself in his bedroom closet after years of taking abuse from classmates and being ignored by adults; or 14-year-old Ja'Meya Jackson of Yazoo County, Miss., who went to prison after confronting her school-bus tormentors with a loaded gun.

No one knows exactly how or why the MPAA voters make their decisions (the deliberations of the Supreme Court are a model of transparency, in comparison), so we can only judge them by their actions. Whether consciously or not, the board is acting to suppress the painful truths in "Bully" in exactly the same way as the movie's adult authority figures do. One of Hirsch's central subjects, in fact, is the difficulty that bullied kids often have communicating with grown-ups, and the difficulty grown-ups often have listening. At one point during the shoot, Hirsch actually hands over to school authorities footage he shot of 12-year-old Alex Libby being verbally and physically tormented during his morning bus ride in Sioux City, Iowa. Alex hadn't told anyone about it; he said the kids on the bus were his friends, and described the constant threats, humiliations and physical abuse he endured every day as "messing around."

Over and over again in "Bully," we see adults who feel bureaucratically paralyzed, who look the other way, who are unwilling to make judgments between perpetrators and victims, or who actively condone vicious and sadistic behavior as the Darwinian natural order of childhood. In many cases you can feel considerable sympathy for these people. After all, the schools must try to educate bullies as well as victims (and the latter often turn into the former), the distinction between normal horseplay and bullying can be hard to parse, and no adult can protect a child from all possible harm. Declaring that underage kids can't even see this film without a grown-up to hold their hands, however, falls somewhere near the nastier end of that spectrum of indecision. With the stated goal of not offending anybody, the MPAA has essentially told the bullied teens in the movie and outside it -- gay and lesbian kids, autistic kids, disabled kids, fat kids and nerds and Goths and plain old weird kids who don't fit in -- that their very existence is too upsetting for normal kids to see, and they should crawl back under their rocks.

"Bully" opens this week in New York and Los Angeles, with wider release to follow.