The return of Nazi-plundered art 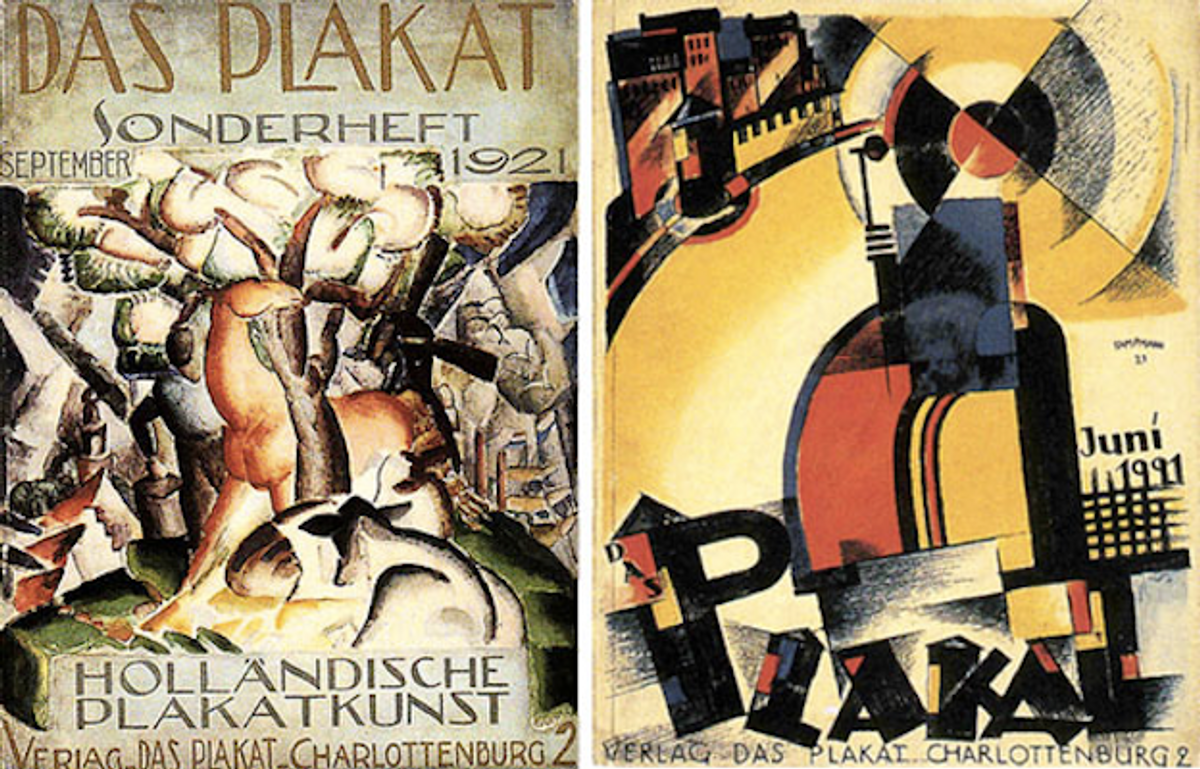 Germany's top federal appeals court finally ruled earlier this month that the Berlin-based German Historical Museum must return to "a Jewish man from the U.S. thousands of rare posters that were seized from his father," Dr. Hans Sachs, publisher of the famed Das Plakat magazine, by the Gestapo, "saying that for the institution to keep them would be perpetuating the crimes of the Nazis." The Federal Court of Justice in Karlsruhe said Peter Sachs, 74, was the rightful owner of the posters collected by his father, now estimated to be worth between $6 million and $21 million. The outcome of this hard fought court case allows Mr. Sachs to demand the posters be returned to him.

Dr. Sach's proudest accomplishment, Das Plakat, was launched in 1910 as the official publication of the Verein der Plakat Freunde (the Society for Friends of the Poster) founded in 1905 to advocate poster collecting and increase scholarship. The society was one of a number of collectors’ groups based in Europe, but the magazine was a unique entity that during its comparatively short span (1910 to 1921) raised theretofore unexplored aesthetic, cultural and legal issues about posters and graphic design. In addition to surveying the most significant German (and ultimately international) work, the magazine was concerned with plagiarism and originality, art in the service of commerce, and the art of politics. Over the years the magazine's influence on design increased proportionately with its circulation, from a first print run of 200 copies to over 5,000 at its peak.

Hans Josef Sachs, a doctor and chemist by training and a dentist by profession, as a teenager became obsessed with French posters (he owned a Sarah Bernhardt affiche signed by the artist Alphons Mucha) and in his twenties became the leading private poster collector in Germany. Without his passion and dedication German commercial art would have developed apace, but as co-founder of the Verein and editor (along with a board of advisors) of Das Plakat he was almost single-handedly responsible for promoting German gebrausgraphik (commercial art) as an internationally respected applied art form.

Until 1935 Dr. Sachs was listed in the German Dentist registry, and was allowed to practice. In 1936 the Nazis nullified his license. In 1937 he mounted his last poster exhibit at the Jewish Museum in Berlin. That same year he was detained for 24 hours by the Gestapo, and later forbidden from owning any politically related materials. That is when his entire collection was confiscated. Goebels himself donated it to the Kunstgewerbe Museum, dedicated to the art of commerce.

Sachs was arrested in November 1938 and brought to the Sachsenhausen concentration camp. After a few weeks he was fortunately  released and left Germany with his family, first to London and then established residence in New York City, where he was allowed to practice dentistry after  passing his exams. Sachs was able to export a few choice posters, and garnered needed funds by selling his Lautrec collection. In 1965 the German government offered reparation for his collection. but kept a large portion in Berlin Museum of German history. Sachs died in 1974.

I wrote about the case in Eye 74 (here) and the most recent Associated Press story can be found here.