A father responds to his gay 7-year-old 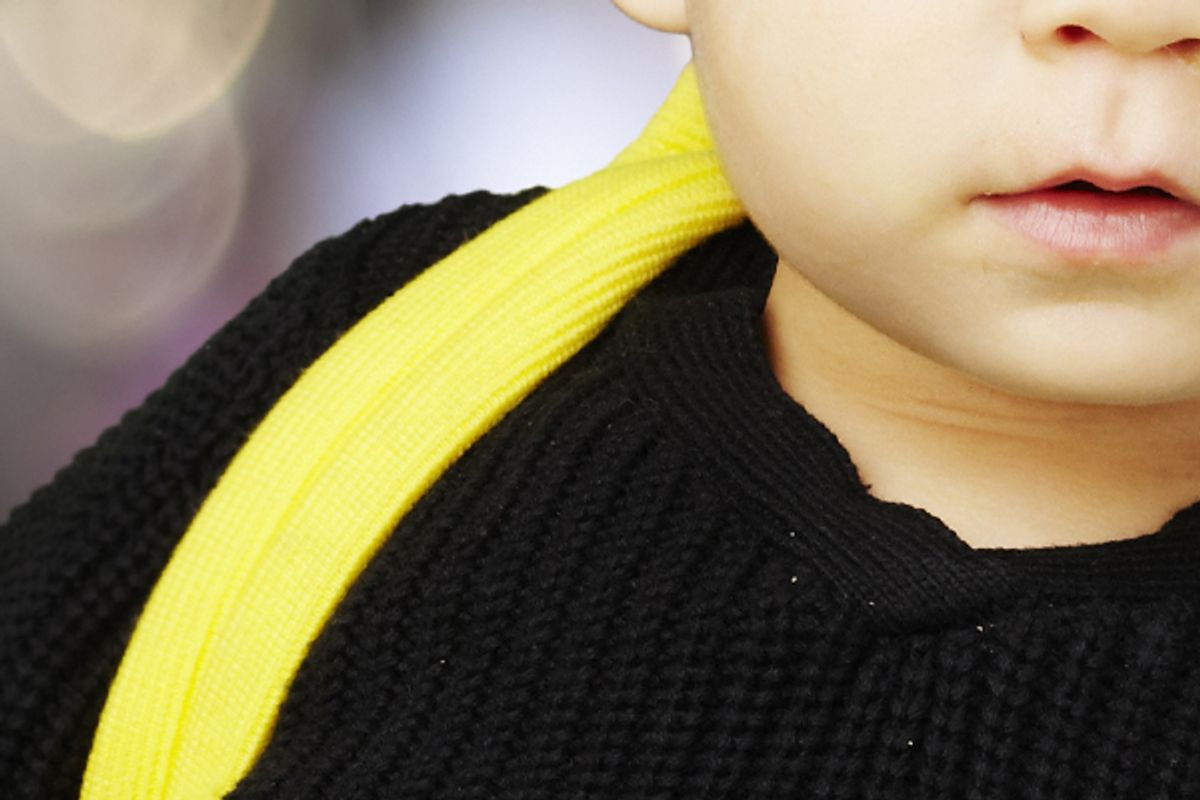 You don't have to try too hard to find examples of dubious parenting out there: fat-shaming, Easter egg hunt-ruining, book-banning, hate group-hiring parenting. So it's a pleasure to end this week with a story of parenting gone right, with love and openness and acceptance. This is how it's done, folks.

The tale began a few months ago, when blogger Amelia penned a column about her then 6-year-old son's crush on Blaine from "Glee." She noted how her husband had observed at the time, "So if at 16 he wants to make a big announcement at the dinner table, we can say 'You told us when you were six.'"

They didn't have to wait nearly that long. Just last month, Amelia, who has been steadily chronicling her family's experiences in this new terrain, wrote a piece titled "When Your 7-Year-Old Son Announces, 'I'm Gay.'" In it, she reveals how her Blaine-crushing offspring, a child who just a few months earlier had no concept of the word "gay," had casually come out to her one day, right before bounding off to play with his brothers. "Gay," he'd said. "I'm gay."

And what did Mom do? She "leaned down to eye level with him and rubbed my nose against his," and told him, "I love you so much."

Amelia confesses that she's never known a child to announce his orientation so early, but acknowledges that maybe that's because "straight children have nothing to announce." In her columns, she comes across as a fearless advocate for her son, and in the comments, her readers have been sharing their own tales of knowing who they were at a very young age -- even when they didn't have the words for it.  She's also, naturally, been getting plenty of backtalk from commenters concerned that she's teaching her kid "some convoluted paradigm of sexuality" and suggesting "this mother is really really harming her child."

Now, the boy's father, Dave, is weighing in as well. In his "reaction to his very young gay son," the man who imagined he might be having this conversation in a decade admits, "This is not something I thought I'd be writing so soon." He laughs off stereotypical questions from readers who ask, "Isn't your son's father going to miss teaching him sports?" "Isn't not having your child get married going to just break your heart?" "How does his father react to the prancing flamer that your [sic] son must be?" because he knows that his child's declared homosexuality has no bearing on his sportsmanship. If one day his son finds someone he wants to make it official with, "Hopefully by then they can get married in whichever state they want, but if not, we'll just travel to one of the cool states and have a great time." Because, he explains, "I want him to be loved, comfortable with himself and his friends, and happy. If that means he's the next RuPaul or Joe Montana (or just that nice guy in Accounts Receivable), he will know that being himself is important, no matter who he ends up growing into."

It may seem odd to some that a child so young would identify as gay. But in the same way that blogger Nerdy Apple Bottom wrote in her gorgeous defense of her 5-year-old son's decision to dress up as Daphne from Scooby Doo for Halloween: "If he wants to carry a purse, or marry a man, or paint fingernails with his best girlfriend, then ok." She wrote, "My job as his mother is not to stifle that man that he will be, but to help him along his way."

Heterosexuality is the default, in the realms of both children and adults. It's assumed that Barbie will pair off with Ken. But, as touchingly affirming blogs like Born This Way will attest, some kids know from a very young age that's not going to happen. My 12-year-old has this year become good friends with a gay classmate, a boy who's never declared himself as anything but who he is. My 8-year-old has a friend who insisted he was a girl from before preschool. Sometimes, the kid just knows. And it's up to the parents not to judge it or persuade the child otherwise, but just to accept him or her, in childhood and for a lifetime. That's not, as one HuffPo commenter put it, "promoting" anything. It's just doing what parents are first and foremost supposed to do. It's just making sure, in the words of Dave, that gay or straight, your child "will always know that his father loves him."