The spread of "Suspicious Activity Reporting" 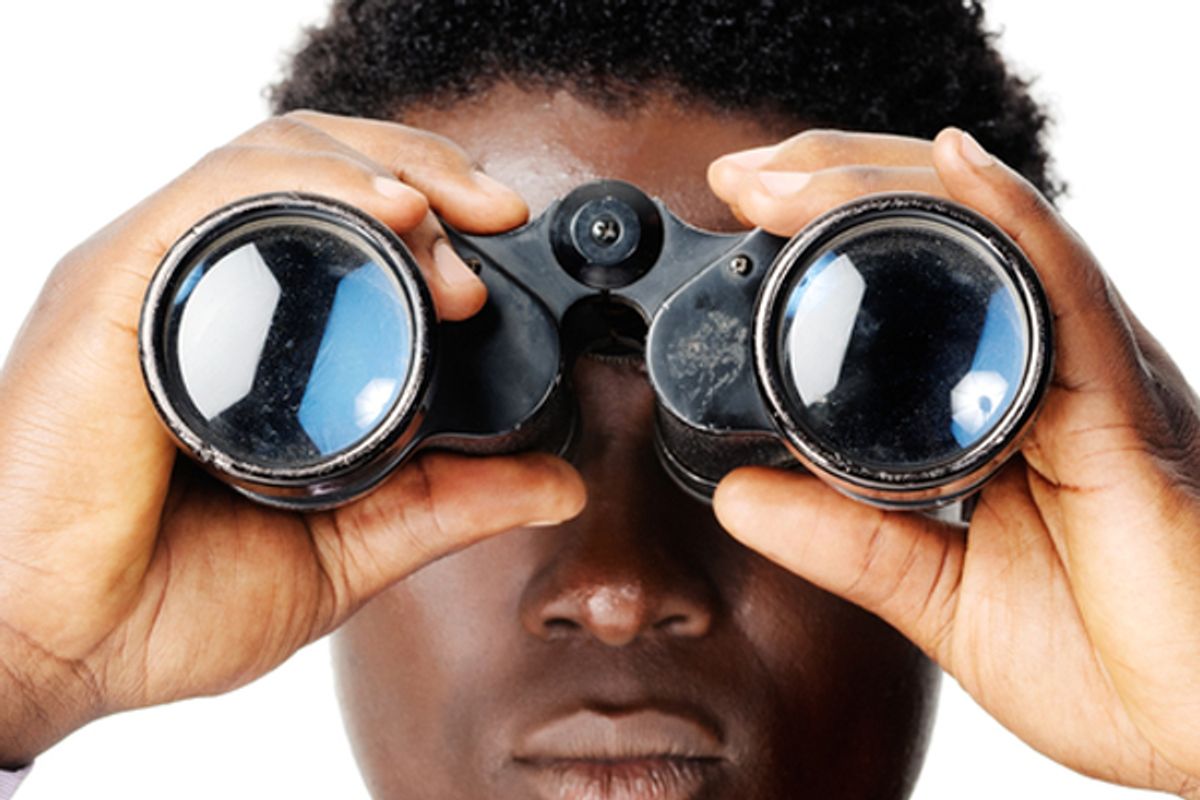 Crime in Los Angeles is a gritty enterprise, and donning an LAPD badge has historically involved getting your hands dirty. Long before the New York Police Department was spying on Muslim students, the LAPD was running a large-scale domestic spy operation in the 1970s and '80s, snooping on and infiltrating more than 200 political, labor and civic organizations including the office of then Mayor Tom Bradley. Today, the LAPD isn't quite so aggressive, but it still employs a directive titled Special Order 1, which permits police officers to deem what is “suspicious” and then act on it.

SO 1 enables LAPD officers to file Suspicious Activity Reports on observed behaviors or activities. Where things get murky, however, is how SAR guidelines categorize constitutionally protected, non-criminal and commonplace activities such as using binoculars, snapping photographs and taking notes as indicators of terrorism-related activity. The SARs are coupled with the LAPD's iWatch program, a campaign the police pioneered to encourage regular citizens to report "suspicious" activity, including “a person wearing clothes that are too big or too hot for the weather,” or things that just plain old don’t “look right.”

Far from being merely a local phenomenon, the standardized program that the LAPD developed in 2008 served as the lead model for a National Suspicious Activity Reporting Initiative. “Success” stories from the LAPD’s program are used in national training material, and the LAPD touts it as “the first program in the U.S. to create a national standard” for terrorism-related procedures.

According to the Information Sharing Environment, the nationwide SAR initiative “establishes a standardized process whereby SAR information can be shared among agencies to help detect and prevent terrorism-related criminal activity.” Personal data that is collected on these individuals is treated as criminal intelligence. The rapidly expanding and dangerously intrusive network houses personal data on thousands of Americans. “The level and the rate at which local law enforcement is expanding its intelligence-gathering activity is very alarming,” said Ameena Mirza Qazi, deputy executive director of the Council on American Islamic Relations-LA. “We as community advocacy groups hope to continue to work with law enforcement and encourage them to maintain their community policing models working with communities to identify criminal behavior.”

The SAR program’s broad reach extends into every level of the security hierarchy, from citizen policing to federal intelligence agencies. The Minnesota Joint Analysis Center, one of the nation’s 72 "fusion" centers -- information-sharing centers created by the Department of Justice and Department of Homeland Security -- is where the SAR report on Najam Qureshi, as well as thousands of others, found its final destination. Qureshi was a kiosk owner at the Mall of America, where security guards stop and question, on average, up to 1,200 people each year.  He was questioned by guards and later visited by the FBI at home after his 70-year-old father negligently left his cellphone at a table in the mall’s food court in 2007. The FBI prodded Qureshi and his family, asking “how many people they knew in Afghanistan” and if “they knew anyone who might want to hurt the United States.”

“The problem with this program is that the behavior range of what can be reported is so broad that it just lends itself to discriminatory application,” said Jumana Musa, deputy director of Rights Working Group, an advocacy group based in Washington. “When it comes to these innocuous activities, what people are reporting on is not necessarily the activity, but who is doing the activity.”

As a counter-terrorism initiative, the SAR program is already in place in major cities like Boston, Miami and Seattle, and is in the process of being rolled out across the nation by September of this year. The Los Angeles model gives citizens in other places an idea of what they can expect. Between 2008 and 2010, the LAPD shared 2,668 SARs with the local fusion center, which only uploaded 2 percent of them to the database -- meaning that the majority of the reports did not have a reasonable indication of criminal activity. Though only a fraction were used by the fusion center, the LAPD retained the remaining 98 percent of its SARs in intelligence files, even though they did not serve as evidence of crime.

This is in stark contrast to former LAPD policy, which mandated that any intel amassed to follow a lead had to be destroyed if reasonable suspicion of criminal activity hadn’t been established. “This is such a drain of resources when there are real crime threats out there where these resources could much better be utilized,” said Michael German, a former FBI agent and currently the policy counsel on national security, immigration and privacy at ACLU National. “The real problem with these systems is that they encourage and cause waste and drive resources away from legitimate investigations.”

According to an independent analysis conducted by the Institute for Homeland Security Solutions in April 2011, analysts  “also expressed a desire to obtain feedback on SARs reported to federal agencies on whether the SARs did, in fact, constitute genuine threats; such feedback reportedly occurs rarely, if ever.” The report also found that the majority of thwarted terrorism plots came from investigations into criminal activity as opposed to intelligence gathering. “They’ve created this expensive, and resource-intensive system that has a huge impact on innocent people’s privacy,” said German. “And yet there is no science showing that this is an effective way of going about law enforcement or intelligence gathering.”

The most alarming feature of LAPD’s Special Order 1 is the vague language that lowers the threshold for what can be considered “suspicious,” and does not even meet the already soft federal standards that require “articulable facts and circumstances that [are] ...  indicative of criminal activity associated with terrorism.”  Special Order 1 only requires “articulable facts and circumstances that [are] ... reasonably indicative of suspicious activity associated with terrorism.” That single word removes a citizen’s safeguards from harassment, eliminates the requirement of probable cause, and encourages officers to investigate non-criminal activity.

“In using different language, it opens the door to somebody saying this is a lower standard,” said German. “What we’re seeing is a lot of people being stopped, harassed, even arrested for doing no more than taking a photograph.” In some cases, police counter-terrorism training has been proven to be blatantly Islamophobic or hyperbolic at the least, which can color an officer’s perception of a “suspicious” threat.

Take, for example, an incident that transpired in December 2009 in Henderson, Nev. An observant bystander called the police to notify them of a suspicious scene -- seven Muslim men were praying in a gas-station parking lot. Praying in a public space is a constitutionally protected activity, and though no illegal conduct was described in the tip, the Henderson Police officers detained the seven Muslims for approximately 40 minutes and searched their vehicle. In a recording of the incident, a police officer expresses that he doesn’t know what they could be praying about and suggests that they could be chanting, “I want to kill a police officer today.” The officers later said that “they were not trained well enough to know how to appropriately respond to Muslim religious behavior.”

With recent revelations about the NYPD’s actions, civil liberties groups are concerned that vague criteria provided in SAR policies puts a bull's-eye on the Muslim American community. “The program absolutely targets the Muslim community,” said Musa. “But I think the issue is that it could really target any community, it depends on what the threat is that people decide they are looking at."

Uzma Kolsy is an activist and freelance writer based in Southern California. She is the former Managing Editor of InFocus News, the largest newspaper in California serving the Muslim American community.