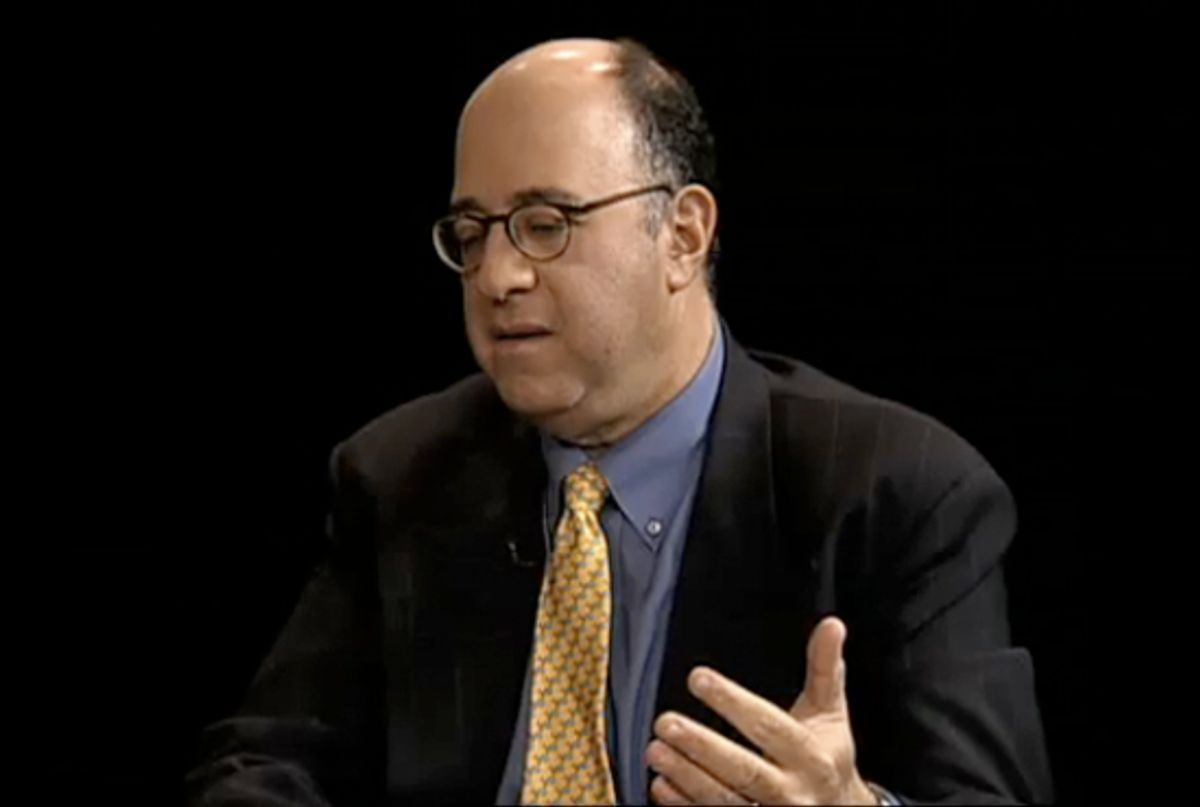 I'm currently conducting interviews as a follow-up to the rather acrimonious debate that erupted this week from my argument that "terrorism expertise" is not an actual discipline, but rather (like the term "terrorism" itself) just another instrument for legitimizing the violence of the U.S. and its allies, delegitimizing the violence of their Muslim adversaries, and dressing up state propaganda with the veneer of academic neutrality (for an example of how this works, see this New York Times article this morning on the different approaches taken by the U.S. and French governments to "fighting terrorism," by which the article exclusively means: Muslims). One reason I think this discussion is so important is because the manipulation of the term "terrorism" this way permits and bolsters (even if unintentionally) an extremely ugly, destructive, and toxic worldview, one which the Editor-in-Chief of Commentary Magazine, John Podhoretz, vividly expressed last night on Twitter when discussing the firing of Keith Olbermann by Current TV:

That's about as overtly racist a statement from a media figure with a platform as you'll see (and the it's-just-a-joke excuse is obviously irrelevant: just imagine analogous "jokes" about how disfavored journalists would be punished at The Jerusalem Post, or Black Entertainment Television, etc.). To Podhoretz, Al Jazeera is filled with Arabs and Muslims, which means: The Terrorists (for many years after 9/11, that was virtually official U.S. government policy). Podhoretz is the same person who wrote a New York Post column in 2006 lamenting that in the early stages of the Iraq War, "we didn't kill enough Sunnis in the early going to intimidate them and make them so afraid of us they would go along with anything," suggesting that the big U.S. mistake in the war was allowing "the survival of Sunni men between the ages of 15 and 35." Remember, though: it's those Muslims who are The Terrorists (when influential American "terrorism experts" start talking about the John Podhoretzes of the world as terrorism advocates, and about "Shock and Awe", the assault on Fallujah and the bombing of Gaza as terrorism, and about Ronald Reagan as a "state sponsor of terrorism" for his funding of El Salvadoran death squads and Nicaraguan contras, and about the parties responsible for the assassination of Iranian civilian scientists as international terrorists, then I'll start to take the honorific more seriously).

I have no doubt that most respected "terrorism experts" would find Podhoretz's comment about Al Jazeera repugnant. But the mentality on display here -- and it's quite pervasive (which is why this is one of the few remaining forms of overt bigotry that provokes no real sanction) -- finds nourishment in the constant discussion of Terrorism, the Supreme Evil, as: acts of violence by Muslims directed at us (but not violence by our own government or those of its allies directed at Muslims).

New York Times Editorial Page Editor Andrew Rosenthal yesterday observed what was a major theme of my last book: that the U.S., in the name of Terrorism, now has "what’s essentially a separate justice system for Muslims." That's true, and -- along with the fact that the U.S. in just the last couple years has used military force in no fewer than six predominantly Muslim countries -- it's the type of historically significant injustice that should provoke widespread domestic opposition. But it doesn't, and that's because the notion that "Terrorism, the Supreme Evil" means "Muslim" has been so effectively inculcated.

UPDATE [Sun.]: Similarly, Sheldon Adelson, Benjamin Netanyahu's close ally and the super-funder of Newt Gingrich's campaign, said this week that "all terrorism is Islamic"; Cenk Ugyur has the video: