Showtime's Gallaghers deserve more love -- and so does this underappreciated series 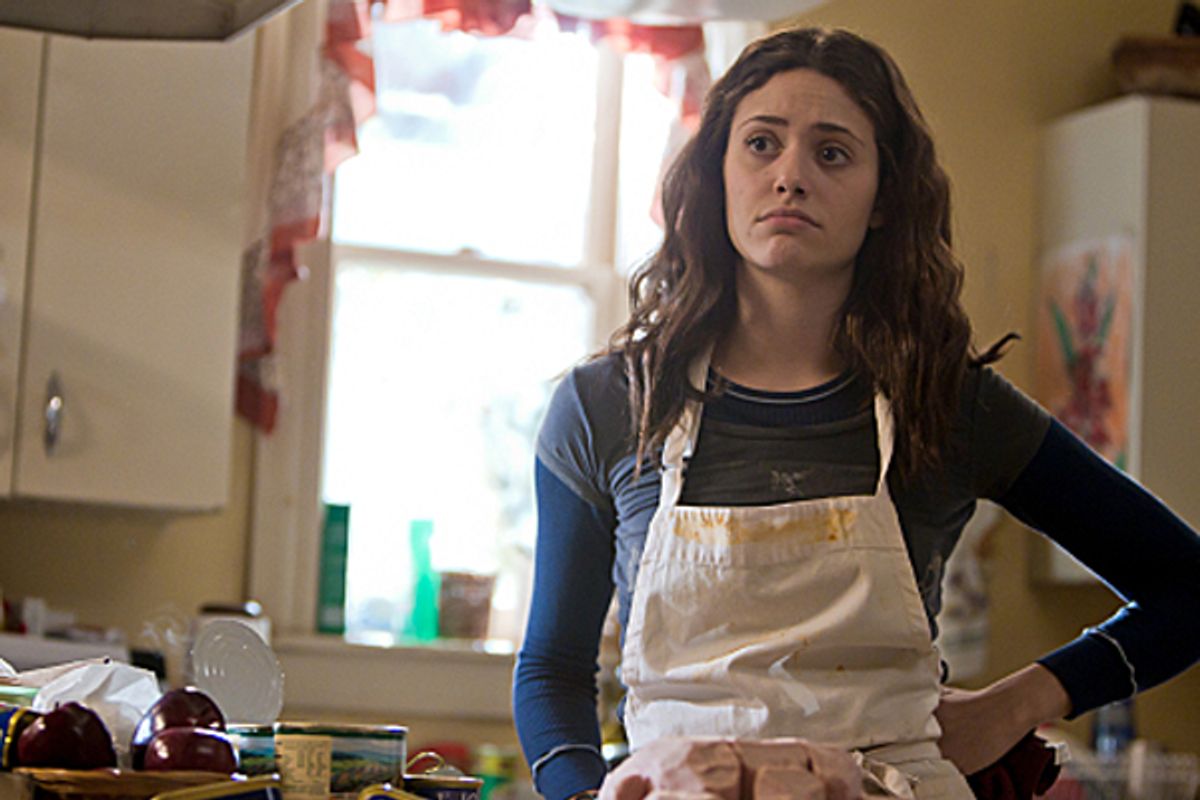 Showtime’s shaggy family drama “Shameless” finished its second season last night, and just like the semi-abandoned siblings the show focuses on, it deserves more love than it receives. The series, based on a British one of the same name, follows the Gallagher clan, six kids approximately ages 2 to 22 who are left to raise themselves while their alcoholic, malignant father, Frank (William H. Macy), does as much as he can not to help them. “Shameless” is maybe the most purely entertaining series that is fundamentally a tragedy I’ve ever seen: Try as they might — and they try so, so hard — the Gallagher kids have been saddled with too much. Their lives are dozens of Jerry Springer episodes strung together ("My father had sex with my underage girlfriend!” “I think my uncle is my dad!” “My mother attempted suicide in front of me!” “I’m an African-American whose two biological parents are white!” “My boyfriend has a secret identity!”), and while their day-to-day experiences have the sort of intense circus energy that suggests, they also have the hollowed-out darkness that comes from being stuck in a life most people cackle over and then have the luxury to flick off.

The most Jerry Springer-ready character on “Shameless” is Frank. As played by Macy, Frank is a very fully realized pathological manic dirtbag. There is no drug or drink he won’t consume, no scam he won’t pursue, no subject he won't pontificate on, no ethical boundary he won’t cross. Frank takes up all the air in the room. He brags and boasts and schemes, before collapsing into a pool of his own vomit. If he loves his children it’s a very notional kind of love: He’d steal from them and sell them — he has, in fact, stolen from them and sold them — before he’d hug them, and say it’s all part of a strategy of making them self-reliant. And despite being a drain on his family, the state and the world’s supply of alcohol, Frank imagines himself, perpetually, as the victim, of his mother, of his children, of the responsibilities he always ignores. Worst of all, it's not that Frank isn't capable of a certain sweetness; it's just that this sweetness is exclusively directed at his ex-wife, Monica, the only person more self-involved than him. He is exhausting.

Frank is insufferable in the sort of showy, grandiose way that would be riveting to watch if his children weren’t so much more grounded and sympathetic. As is perhaps realistic of growing up with a father like Frank, the Gallagher siblings are not a performative bunch. They are not prone to speeches, complaining or whining, and when they get in fistfights, they do so quietly. Compared to his kids, Frank is a cartoonish, next-level dirtbag. Next-level dirtbags and antiheroes may be currently en vogue on TV, but the appeal of “Shameless” is all the straight-up good guys — nuanced and complicated and mistake making, sure —  who clean up after him. Despite Macy’s billing and screen time, Frank is ultimately the supporting jerk, not the main character of this show.

The real protagonist of “Shameless” is Fiona Gallagher (Emmy Rossum), a TV heroine of such sheer likability she is, to my mind, the heir to “Friday Night Lights'” Tami Taylor. Fiona, the eldest, hugely self-sacrificing sister, has the misfortune to have the innate sense of responsibility both of her parents lack. Bright and tough, potty-mouthed and occasionally promiscuous, responsible beyond measure, she dropped out of high school to raise her siblings. Week in and week out, she does what she can to make sure they have more stability than she did. Early this season, when Fiona found out that her genius brother Lip (Jeremy Allen White: Imagine if Dustin Hoffman in his seedy roles were extremely sexy) had possibly gotten a girl pregnant, she initially refused to get mad. "I’m not your mother,” she said, waited a few seconds, and then smacked him upside the head for being such an idiot. Fiona isn’t his mother, but in the Gallagher world, what does being a mother count for anyway? Being Fiona counts for a whole lot more.

What makes Fiona such a heartbreakingly sympathetic character, and not just a saintly one, is the ways in which she is constantly struggling and bridling against her own selflessness. Taking care of her siblings is how Fiona defines herself. She takes pride in how much they need her. And yet, at 22, she hasn’t entirely given up on her own life. When her bipolar mother, Monica, even more negligent than Frank, showed up late this season in seemingly decent mental health, Fiona’s skepticism about letting her care for the kids didn’t last long. Fiona wanted to finish school, get a better job and take time to herself. She relented and let Monica in, only to have it all explode in her face when Monica and Frank spent the thousands of dollars the kids had been saving up for the winter, and then Monica, having slipped into a depression, slit her wrist on the kitchen floor during Thanksgiving dinner. Fiona does imagine that everyone needs her, but she doesn’t just imagine it: They really do need her, and she’s trapped by that need. In last night’s finale, the family returned from the hospital after Monica’s suicide attempt to find blood still all over the kitchen floor. Fiona started to sob while cleaning it up. Thinking about her little brothers and sister, she cried, “These poor kids,” to her boyfriend Jimmy (he used to go by Steve, but see the “My boyfriend has a secret identity!” episode mentioned earlier for clarity on the name change). But all I was thinking was, "Poor Fiona," the one left to get the blood off the floor -- and who later that night would let her two younger siblings, the too sweet and open Debbie and the soon-to-be psychopath Carl, climb into her bed and cry it out. Those poor kids have her. Who does she have?

Last night’s episode almost ended on the perfect note: The family throwing Frank out into the snow where he belongs and Lip — who left home in a snit a few episodes — finally coming back. Instead, there were two unnecessary scenes that followed Lip's homecoming, one of Fiona and Jimmy finally having sex (he came back mid-season married: It’s taken them some time to work it out), and Lip starting something with Jimmy’s very beautiful Brazilian bride. That’s “Shameless" and the Gallaghers: A little sloppy, lascivious and unbalanced, never able to quit when they're ahead, and endlessly imperfect. But in between all that, so much goodness.