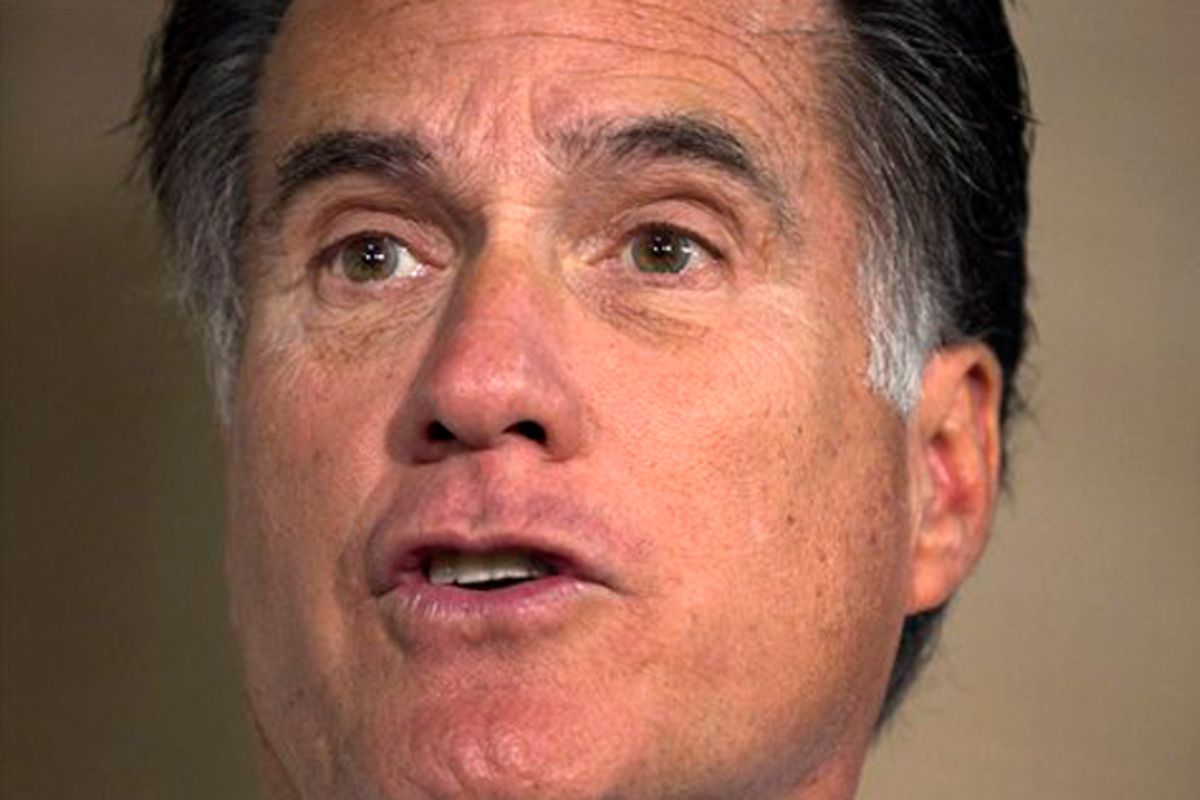 Evidence abounds that Mitt Romney has essentially wrapped up the Republican nomination. His delegate advantage is wide, and the demographic patterns that have come to define the GOP race along with Romney’s superior campaign organization make it very, very likely that Romney will cross the magic 1,144 number before the primary season ends. Even Newt Gingrich is apparently admitting this now, as are the influential conservatives who – after months and months of standing around – are finally joining the Romney bandwagon. And now there’s even news that the Romney campaign is going to be raising money jointly with the Republican National Committee, just as President Obama begins engaging the former Massachusetts governor directly.

Yep, it sure feels like the GOP contest is over. Except for one pesky thing: Romney could still end up losing a lot of primaries and caucuses over the next few months – not enough to cost him the nomination, but enough (at least potentially) to embarrass him in a way that no previous presumptive nominee has been embarrassed.

To date, Romney has yet to win a state where evangelicals have accounted for more than half of the GOP voting universe. This pattern doesn’t have to hold between now and the end of the primary season; maybe all of the talk of Romney’s inevitability will finally break the resistance of the party’s most culturally conservative voters, or maybe Rick Santorum and Gingrich (and Ron Paul, for that matter) will get out of the race. But if it does endure, then Romney could still lose 10 more primaries and caucuses, even as he completes his inexorable march to 1,144.

This would be pretty much unprecedented. Previous major party nominees have suffered primary season defeats well into the spring, but in those cases there was at least a measure of suspense about the final outcome, and there was reluctance by their party leaders and the political world in general to call the race over. This was the case for Jimmy Carter in 1976 and 1980, and Walter Mondale in 1984.

Barack Obama probably belongs in this category too; there were those who insisted as early as February of 2008 that his delegate lead over Hillary Clinton was insurmountable and that she should get out of the race, but the consensus was hardly universal, and because of her broad popularity and deep base of committed supporters, it wasn’t considered shocking that Clinton continued to win primaries into May and June.

More typically, when candidates reach the stage of inevitability that Romney has arrived at, the remaining states fall like dominoes, as they did (for instance) for Michael Dukakis and George H.W. Bush in 1988, Bill Clinton in 1992 and Bob Dole in 1996. Other modern nominees, like Al Gore in 2000 and John Kerry in 2008, have faced even less suspenseful primary season paths.

The closest parallel for Romney’s current situation is a bit of a reach: Ronald Reagan, who suffered a 25-point drubbing to George H.W. Bush in Michigan’s May 20, 1980, GOP primary. At the time, Reagan had nearly reached the magic delegate threshold and most of the party had rallied around him. About the only prominent Republican voice not urging Bush to quit at that point was former President Gerald Ford, who was still nursing a grudge against Reagan for not campaigning for him in the fall of 1976, after their epic primary season duel.

But Reagan’s setbacks in the presumptive phase of his candidacy were few and far between. Basically, Bush scored an unexpected win in the April 22 Pennsylvania primary, prompting the political world to reconsider Reagan’s inevitability. But Reagan then rattled off victories in Texas, North Carolina, Indiana, Tennessee, Nebraska and Maryland, putting the questions to rest. Then came his inexplicable Michigan loss, which was overshadowed by the news that he’d hit the magic delegate number anyway. And that was the end of that.

For Romney, losing 10 states as the inevitable nominee would be something brand-new. Again, this wouldn’t stop him from claiming the nomination, and it might spell any particular general election trouble for him, since the Republicans who are still resistant to him will presumably be motivated to vote Obama out in November. But the spectacle of Romney repositioning himself for a general election fight with Obama while suffering a weekly series of GOP primary defeats in May and June would, at the very least, be highly embarrassing for him.

This is why the real suspense of today’s Wisconsin primary probably doesn’t have to do with whether Romney will win. The question is whether he’ll win by a substantial margin – one that suggests the demographic patterns that have lengthened this process are finally giving way and that he might get to enjoy the domino effect that presumptive nominees typically enjoy.