Protesters had hoped to repurpose an abandoned building but, like Occupiers elsewhere, faced swift police action 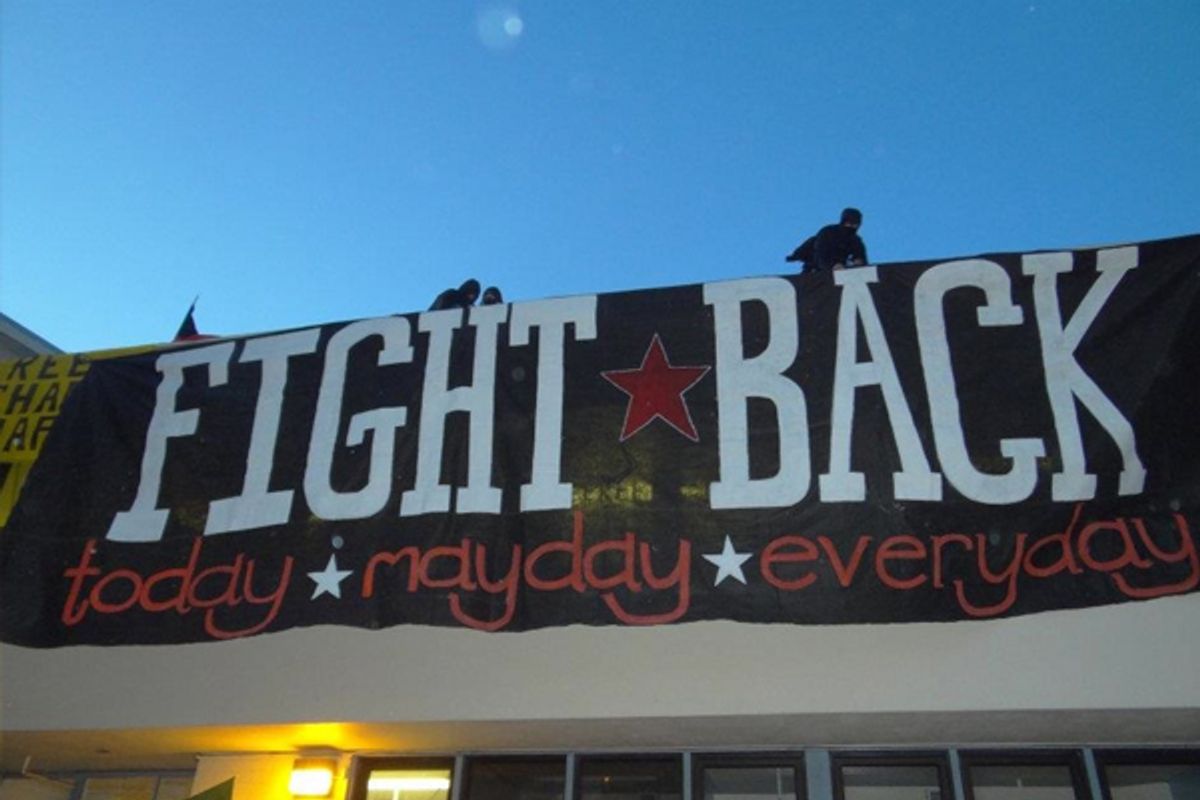 After a short-lived occupation of less than 24 hours, Occupy participants in San Francisco were evicted Monday from a previously vacant building they had attempted to re-purpose as a social and community center. Around 80 people were arrested as police in riot gear cleared the two-story building.

According to supporters of the occupation, the property -- owned by the Catholic Archdiocese of San Francisco -- had sat vacant for five years. The owners told the San Francisco Chronicle that it had only been empty for 18 months. Marchers who entered the building Sunday were greeted by a number of people waiting inside with literature hailing the opening of the "San Francisco Commune" and explaining how various rooms would be used for providing food, medical care and spaces to meet, organize and sleep.

Around 100 people stayed in the building overnight before the archdiocese signed a citizens arrest for trespassing and graffiti. Cops then blockaded the street around the building and moved in. The squatters were ousted by mid-afternoon.

As a commenter on StrikeIsAVerb, an Occupy-supportive site, noted: "This [the eviction], in itself, is not surprising: the quick and overwhelming evictions of other building occupations, famously the former Traveler's Aid Society building in Oakland on November 2nd during their General Strike, but also at Occupy Chapel Hill, gave us some idea of what to expect. No, what was surprising was the efficiency with which it occurred."

The speed and force with which Occupy is being ousted from convergence spaces -- both indoor and out --  is exemplified by recent NYPD action around Union Square. The plaza, which had not been closed at nighttime in recent memory, now is the site of what has been dubbed "eviction theater" every night at midnight. Just a week ago, 500 officers were used to push out less than 300 from the park; now handfuls of cops are still deployed to ensure the space is cleared of the few bodies who care to stay late. Finding a staging ground is proving an increasingly difficult task for Occupy groups in the face of this sort of police action.