Fewer Americans own guns now than in the 1960s. Is that why the lobby wants to make them more accessible? 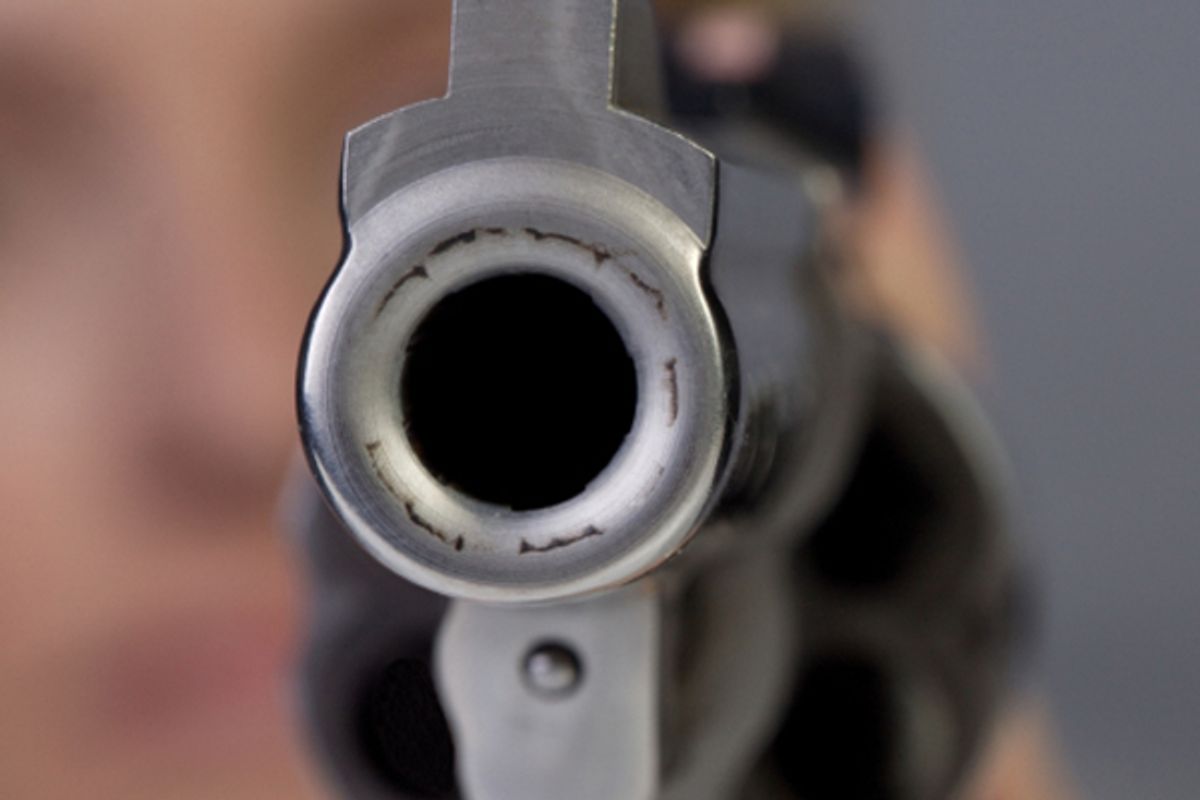 America has witnessed the proliferation of gun-happy laws in recent years, especially laws making it easy for citizens to carry concealed handguns, and the now widely discussed “stand your ground” laws. The spread of such legislation would lead you to believe that Americans are fonder of guns than ever before, but in fact fewer citizens own firearms now than in the 1960s. Why have America's gun laws loosened even as guns themselves decline in popularity?

Behold the political power of the National Rifle Association. The gun lobby's muscle in Washington is famous. But critics often overlook the NRA's motivations. There are more than Second Amendment principles at stake. The NRA confronts an existential threat to its recruitment base: declining gun ownership and use among Americans.

Not only do fewer Americans own guns than before, but fewer Americans engage in traditional hunting and sporting activities. And younger age cohorts take less interest in guns than their parents and grandparents. In a 2008 survey, for example, gun ownership rates were highest among those over the age of 70 (48 percent), and lowest for those ages 18 to 29 (17 percent). Even though roughly 80 million Americans own guns, demographic decline is already in the cards. Gun familiarity comes mostly from family habits, and fewer families are carrying on gun traditions. What better way for the NRA to resupply the gun users pool than to strip the nation’s laws of obstacles to gun purchase, use fear of crime to motivate potential gun buyers, and to desensitize the nation’s majority of non-gun owners to the sight of civilians packing heat?

In the 1970s and early 1980s, pro-gun control forces had the political initiative, and were focusing their primary efforts on an ambitious and contentious national agenda to impose stronger gun laws, aimed especially at restrictions on the possession and use of handguns (about 80 percent of all gun crimes are committed with handguns). Those efforts largely failed, but it spurred NRA strategists to turn their attention to the states, where they have labored for 30 years to dismantle the nation’s gun laws. Why? Because most gun regulations are state and local, not national; because state politics rarely garners significant public attention; and because conservative voices often hold sway in state capitals. Spearheading that effort was the spread of the concealed handgun carry movement.

In 1981, only two states had so-called “shall issue” concealed carry laws, meaning that applicants had little difficulty obtaining a carry permit unless something in their record, like a felony conviction, barred their permit (one state had no permit requirement). Nineteen states barred concealed carry entirely, and 28 states had “may issue” laws, which gave states great discretion over the issuance of carry permits. By 1988, the NRA was pressing ahead full bore, winning the enactment of “shall issue” laws in nine states. By 2011, 36 states were “shall issue,” and four had no permit requirement. Ironically, strict gun carry restrictions were among the earliest gun laws enacted in America, and they were common in the 19th century frontier. In fact, among the states that still barred concealed gun carrying in 1981 were “Wild West” states of Arkansas, Arizona, Kansas, Missouri, Nebraska, New Mexico, Oklahoma, Texas and Wyoming.

The march of “stand your ground” laws has followed a similar pattern. The NRA’s success in Florida in 2005 spurred similar efforts; 24 other states have adopted laws that generally allow people to use deadly force in public places without any duty to retreat. Another seven states have extended this principle to a limited degree outside the home, like motor vehicles or places of employment.

Beyond liberalized concealed-carrying and more legal cover for those who actually use guns, NRA efforts have accelerated the march backward by pressing for gun carrying in churches, bars, state parks, places of business and college campuses. Even President Obama, the gun lobby’s Darth Vader du jour, signed legislation to allow gun carrying in national parks and on trains. Florida has indeed been the gun lobby’s test kitchen: In 2006, state law was changed to exempt from the public records law the revelation of the names of concealed carry permit holders. In 2008, gun owners won the right to bring guns to work if they kept them locked in their cars, and the license period was lengthened from five to seven years. In 2010, adoption agencies were barred from finding out whether prospective adoptive parents owned guns. In 2011, medical professionals were barred from asking patients about whether they had guns at home; a violation could result in the loss of their license to practice medicine.

Not surprisingly, NRA membership has grown since it began pushing its agenda in states, even though gun ownership overall has declined. In the early 1990s, the organization had about 3 million members. Ten years later, it had swelled to 4 million, where it remains today. The point of this furious legislative activity is that it has nothing to do with real criminal threats, or the failure of existing self-defense laws, and everything to do with the NRA’s political muscle. In fact, the recent spread of these laws coincides with record low and declining crime rates, with improved policing, and declining gun ownership. Nor does it have anything to do with “gun rights.” As the Supreme Court ruled in 2008 when it established for the first time in history a personal right to gun ownership under the Second Amendment, the right pertained specifically to personal protection in the home. The Court specifically protected “long-standing prohibitions” pertaining to gun ownership and use – the very laws that the NRA has labored to dismantle.

Legislatures across the country have the power, and right, to help define the good society. Too bad such considerations play no role in the NRA’s political agenda.

Robert J. Spitzer is Distinguished Service Professor and Chair of the Political Science Department at SUNY Cortland. He is the author of four books on gun control, including the recently published fifth edition of "The Politics of Gun Control" (Paradigm Publishers 2012).