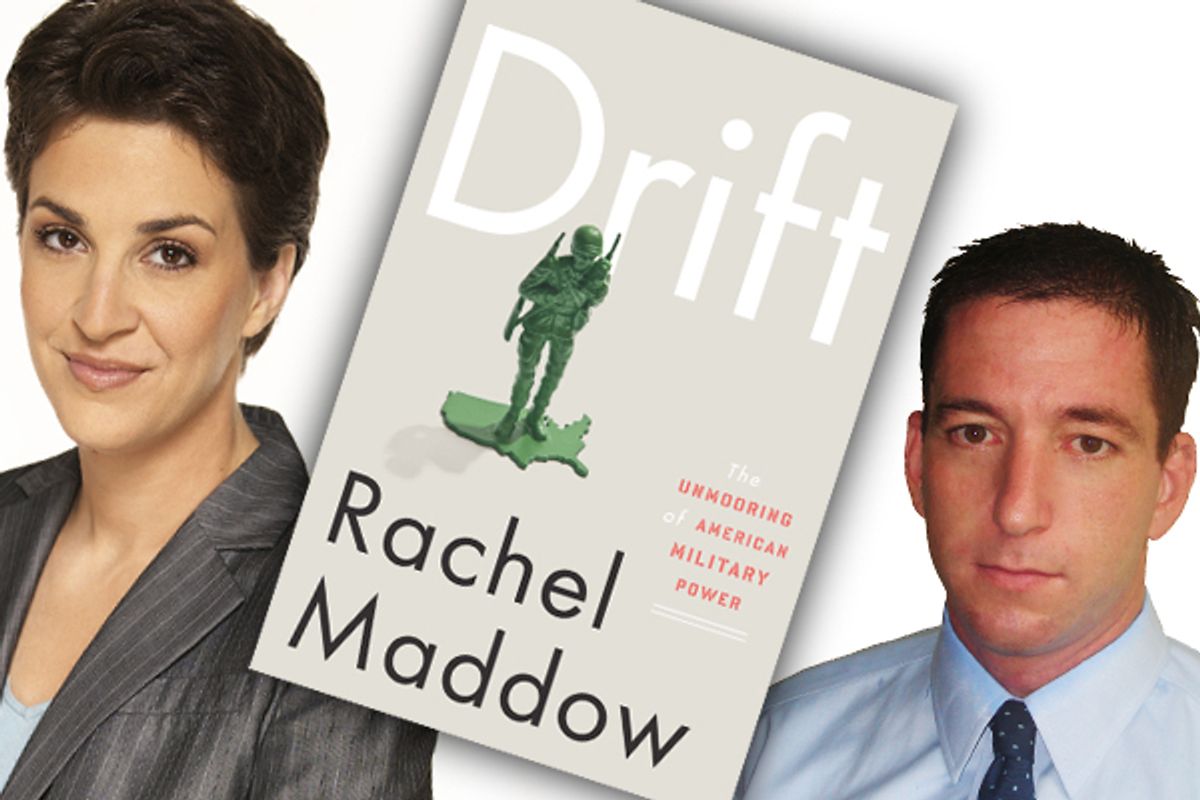 MSNBC's Rachel Maddow has a new book entitled Drift: The Unmooring of American Military Power, and it examines the recent history of America's policy of perpetual war and the reasons behind it. It's a much different book than a regular viewer of her cable news show would probably expect in that it examines American militarism without any real touchstone to a partisan prism. Her argument is grounded in a truly excellent discussion of the Founders' views of war and the reasons they sought, with Constitutional barriers and institutional constraints, to make it so difficult to commence (in fact, the book begins with one of the most important (and most ignored) quotes from Madison about how war is the supreme enemy of public liberty). And it is well-intentioned in every respect: its real aim is to trigger a long overdue national debate about the multiple costs and highly dubious morality of endless war. Though the book (like all books) is imperfect -- David Swanson has some balanced criticisms here, some but not all of which I share -- I blurbed the book a few months ago because I really do believe it'd be a positive thing if as many people as possible read it and think about the arguments it makes.

I spoke with Rachel for a little over 20 minutes this afternoon about why this discussion is important, what the real costs are from a posture of perpetual war, the role Obama has played in continuing it, and what the future likely holds if war in Iran and/or Syria is proposed. The discussion can be heard on the player below: