The memo Bush tried to destroy

A document advising the Bush administration against torture has resurfaced, despite his best efforts to hide it 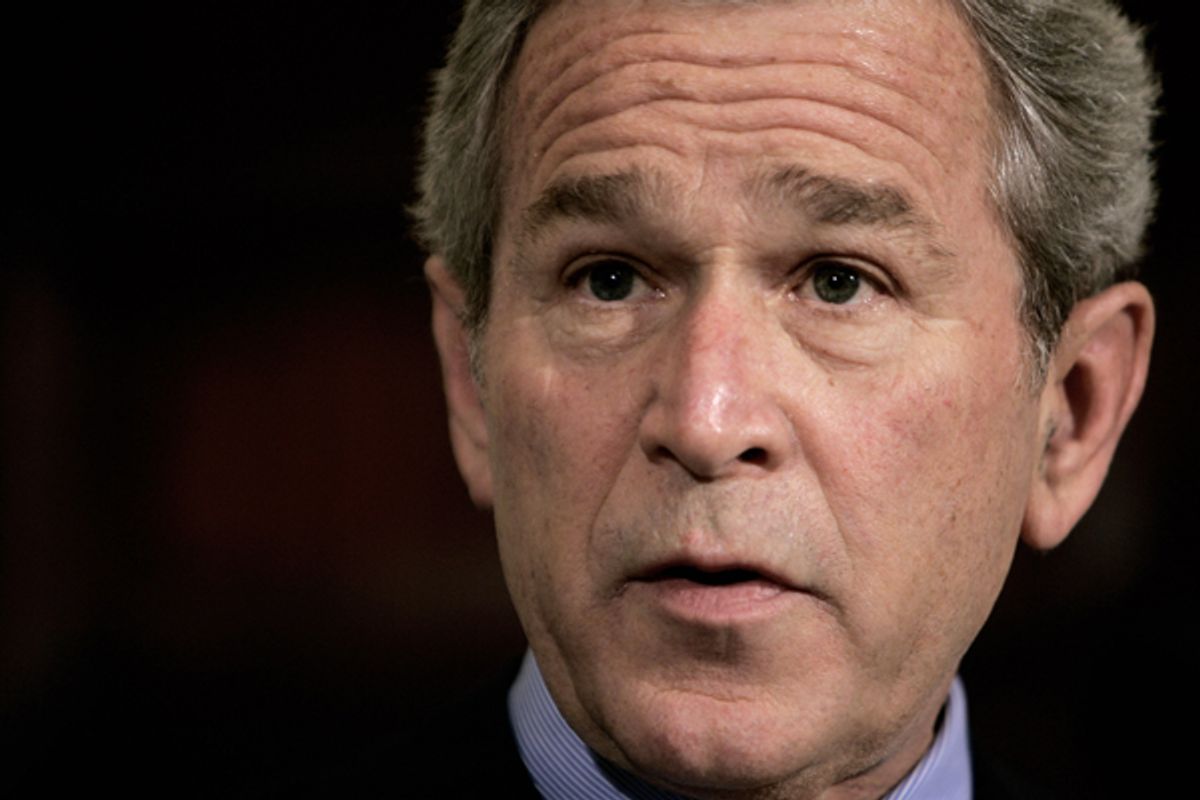 In February of 2006, Philip Zelikow, counselor to Secretary of State Condoleezza Rice, authored a memo opposing the Bush administration’s torture practices (though he employed the infamous obfuscation of “enhanced interrogation techniques”). The White House tried to collect and destroy all copies of the memo, but one survived in the State Department’s bowels and was declassified yesterday in response to a Freedom of Information Act request by the National Security Archive.

The memo argues that the Convention Against Torture, and the Constitution’s prohibitions against cruel and unusual punishment, do indeed apply to the CIA’s use of “waterboard[ing], walling, dousing, stress positions, and cramped confinement.” Zelikow further wrote in the memo that “we are unaware of any precedent in World War II, the Korean War, the Vietnam War, or any subsequent conflict for authorized, systematic interrogation practices similar to those in question here, even when the prisoners were presumed to be unlawful combatants.” According to the memo, the techniques are legally prohibited, even if there is a compelling state interest to justify them, since they should be considered cruel and unusual punishment and “shock the conscience.”

Chillingly, the memo notes that “corrective techniques, such as slaps,” may be legally sustained, as might be "[C]ontrol conditions, such as nudity, sleep deprivation, and liquid diets…depending on the circumstances and details of how these techniques are used." However much distress Zelikow’s memo caused the White House, it was not an ACLU briefing paper.

“I'm pleased the memo is now part of the historical record and available for study,” Zelikow wrote Salon in an email. The White House had determined that the memo — which was not binding since Zelikow’s was a bureaucratic position without legal authority — was too dangerous to exist. “I later heard the memo was not considered appropriate for further discussion and that copies of my memo should be collected and destroyed,” he said in a May 2009 congressional hearing.

At that hearing, before the Senate Committee on the Judiciary, Subcommittee on Administrative Oversight and the Courts, Zelikow said he had “no view on whether former officials should be prosecuted,” a decision he thinks should be left to “institutions.” However, he did call for a thorough inquiry and a public report examining how the U.S. came to employ torture.

Of course, no such inquiry was ever launched. The Obama administration declined to revisit the U.S. employment of torture, with the president saying he didn’t want to “look back.” Zelikow believes this was a mistake. “I still believe an inquiry would be useful, though less so as time passes and more information becomes available, especially after the 9/11 trials conclude, hopefully this year,” he says in an email.

During his congressional testimony, Zelikow declined to say whether Department of Justice lawyers acted improperly or immorally, conceding only that their opinions were “unsound, even unreasonable.” But in a 2007 lecture in Houston, he had no problem saying “the cool, carefully considered, methodical, prolonged, and repeated subjection of captives to physical torment, and the accompanying psychological terror, is immoral.”

The importance of the memo lies in its revelation that there was real, serious debate inside the Bush administration about how to interrogate captured terrorist suspects. The members of the White House declined to enter that debate — indeed, they did their best to squash it. The destruction of Zelikow’s carefully reasoned memo suggests the White House did not want any record of alternative views even existing, lest they be considered reasonable or people get the idea that the torture policies were thought controversial even by members of the administration.