\"Best Friends Forever\" is this season\'s most mature woman-centric show. Too bad it won\'t be around for long 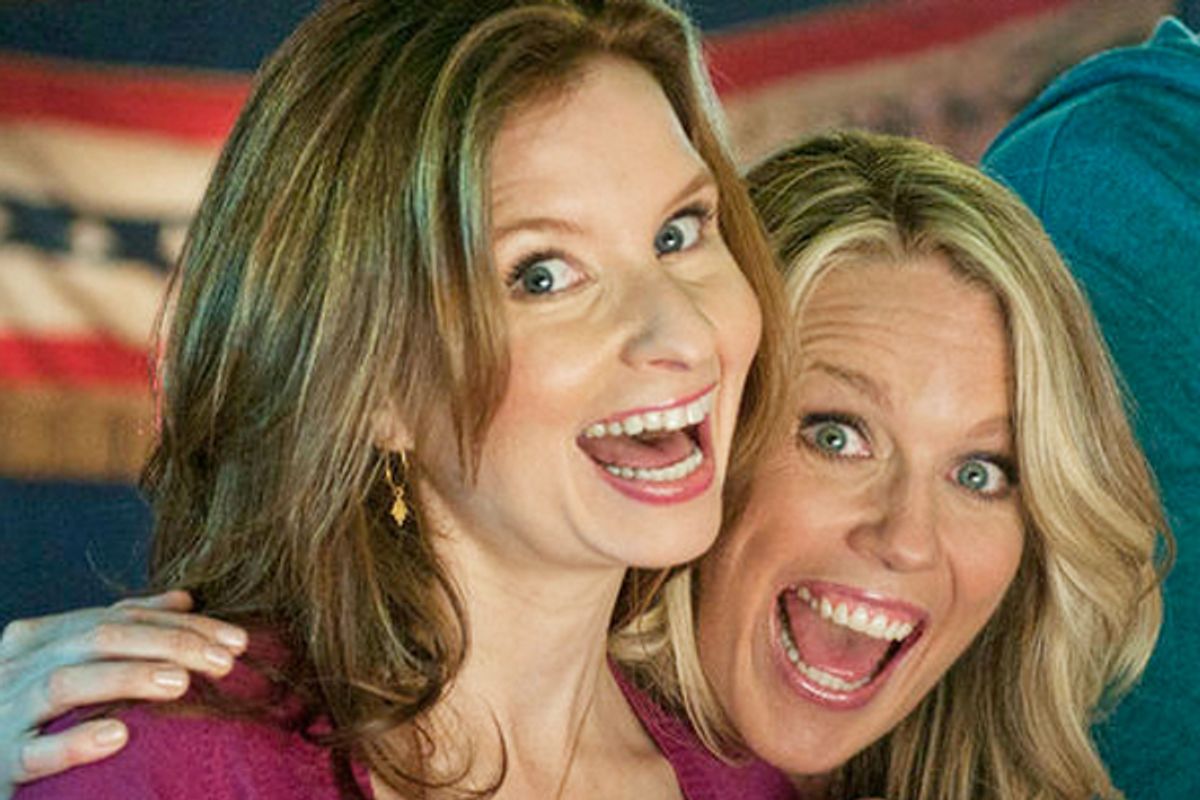 In Britain, sitcoms often air in small batches. The original “The Office” was 12 episodes and a Christmas special long. Other less well-known, but still satisfying comedies have had runs just as short or shorter: the twisted “Pulling,” a bracingly dark look at single ladydom, was just 12 episodes. The will-they-or-won’t-they comedy “Free Agents,” an adaptation of which aired very briefly this year on NBC, was only six. I bring these shows up not only to recommend them to you for speed watching some lazy weekend, but because I am choosing to think of NBC’s decision to burn off two better-than-average sitcoms — “Bent,” which ends tonight, and “Best Friends Forever” which starts tonight— in six-episode, largely unpromoted spurts as being in the British model, not a part of the network’s ongoing implosion. Six and done: how civilized. Feel free to raise your pinky as you think about it. I know I do.

“Best Friends Forever” stars Jessica St. Clair and Lennon Parham as Jessica and Lennon, two former roommates and best friends who find themselves cohabiting again, in the company of Lennon’s live-in boyfriend, Joe (Luka Jones), after Jessica’s husband divorces her. Structurally, the show is a sort of platonic love triangle, with Jessica and Joe jockeying for Lennon's attention and affection. “BFF” is also a card-carrying member of this season’s lady sitcom club — if you’re wondering, membership is granted if a show is created by and starring women, and also contains a character saying the word “vagina” like it is as exotic and innately funny a term as “didgeridoo.” Although “BFF” gets a “vagina” in its first minute, it is, by far, the club's most mature member.

One of the oddest recurring aspects of the spate of lady sitcoms has been the extent to which being potty-mouthed and damaged have come to signify likability. On shows like “Whitney,” “Are You There Chelsea,” and “Two Broke Girls” the main characters are rude and sexually provocative, traits that have somehow become shorthand for honest and fun. Neither Lennon nor Jessica is particularly rude or sexually provocative (that vagina joke notwithstanding). Refreshingly, they try to convey their likability by being ...  likable.

As in NBC’s “Whitney,” Lennon and Jessica are meant to be in their early 30s, but instead of being crabby, mean-spirited adults, or the extremely whimsical, barely holding it together not-quite-grown-ups of “New Girl,” they are relatively normal, relatively functional, relatively square people whose idea of a good time is to throw a dinner party. Lennon, Jessica and Joe live in Carroll Gardens, Brooklyn, and are the sort of people who likely never leave that borough on the weekends, if they ever even do on weekdays, and frequent the local butcher rather than go the supermarket. They would rather cook, put on "Braveheart" accents and watch “Steel Magnolias” than make sex puns and go on benders.  They have pressed flowers in small picture frames on their walls.

Sitcoms often take time to find their comedic rhythm, but Parham and St. Clair are longtime collaborators (they came up together at UCB), and they have a nice, natural chemistry, as do Parham and Jones. (Jones took over for "Happy Endings'" Adam Pally, who played Joe in the original version of the pilot. He's an excellent replacement, a little sweeter than slovenly.) That said, of the pair, Parham is the standout. The blond Jessica is high-strung and needy, and St. Clair plays her broad and shrill. Lennon listens better — watch her surreptitiously cut her eyes at Jess while Joe makes an effort to talk during "Steel Magnolias," or, as he calls it, "Steely Mags." And her character is more nuanced: She seems torn between her best friend and boyfriend not as a matter of weakness or an inability to stand up for herself, but out of a conception of herself as a person who can take care of everything for the people she loves, even when she's taken on too much. Enjoy her for the few episodes that you can.