Mitt’s challenge as the presumptive nominee: Prove his loyalty to the base through his V.P. choice 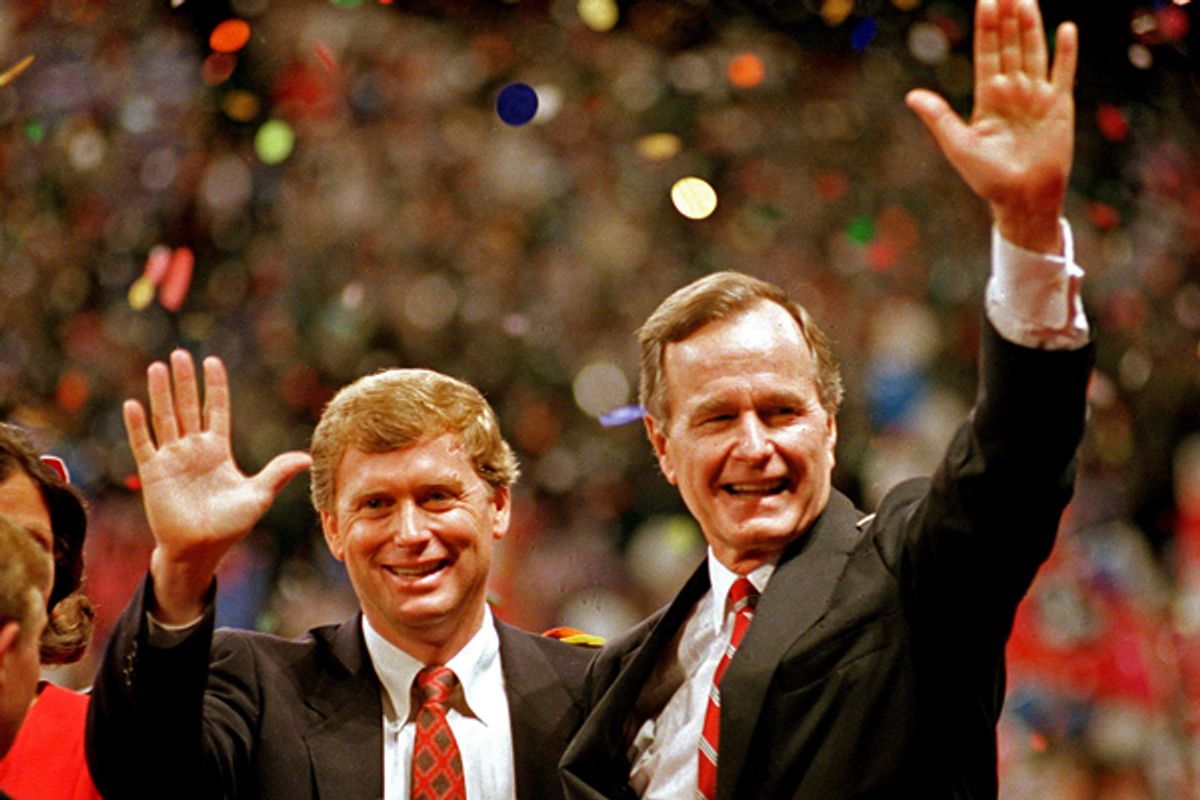 The sudden burst of speculation about Paul Ryan serving as Mitt Romney’s running mate reflects both the key role that the GOP congressman played in delivering his home state to Romney this week and the reinforcing effect that Wisconsin victory has had on Romney’s primary season inevitability.

In other words: Since there’s no longer any doubt that Romney will be his party’s presidential candidate, we might as well move on to speculating on vice-presidential prospects – and who better to start with than the guy who spent the last week campaigning at Romney’s side?

But even if it never moves past the idle speculation phase, the idea of Ryan as Romney’s No. 2 is a perfect starting point for the months of vice-presidential chatter to come. The logic behind it speaks directly to the profound intraparty skepticism that Romney must address with his pick.

Conservative distrust of Romney has been the dominant theme of the GOP race. For a variety of reasons, it won’t be enough to keep him from winning the nomination. But it accounts for the agonizing, embarrassing and politically damaging road that Romney has traveled for the past year. It’s the reason a string of comically flawed fringe candidates – Herman Cain, Michele Bachmann, Newt Gingrich – each managed at some point to move up in the polls against him, and why Rick Santorum, who was laughed off the political stage in his previous campaign, could end up beating Romney in more than a dozen states.

What has ultimately saved Romney, besides the amateurish quality of his opposition, is his readiness to appease the right on every key issue. Conservative suspicion of Romney is rooted in what he said and did back in his Massachusetts days, not what he’s said and done as a presidential candidate. The Romney who is poised to claim the 2012 GOP nomination is as opposed to abortion and gay rights, as committed to dismantling “Obamacare,” and as far to the right on immigration as any Republican. This has forced his primary opponents to use the past tense while attacking him: Look at what he used to say!

This is why it would be a mistake to regard Romney’s nomination as a triumph of moderate over Tea Party Republicanism. He hasn’t won over reluctant conservatives by prodding them to change their worldview. He’s won them over by demonstrating his willingness to play ball with them and by convincing them how absurd their other options are. The problem with this, as I’ve written before, is that it leaves Romney permanently at the conservative base’s mercy; as long as he’s the leader of their party – as its nominee or as president – they’ll be ready to revolt at the first hint of a sellout. Proving loyalty to the right will be a constant, never-ending challenge for Romney.

The choice of a ticket-mate, then, represents Romney’s first major post-primary loyalty test. From this standpoint, Ryan would be a home run. The budget blueprint that he’s put forward, one that envisions steep tax cuts for the affluent and deep cuts in the social safety net, has been embraced by conservatives as a desperately-needed antidote to Obama-ism. Virtually every Republican in the House has signed off on it, and Romney himself has called it “an excellent piece of work, very much needed.” What’s really made Ryan a hero to conservatives, though, is the loud, sustained and universal rejection of his plan by Democrats, especially Obama, who this week made his second major speech in a year attacking a Ryan plan.

Of course, Ryan would also be a home run V.P. choice from the perspective of Democrats. The components of his budget blueprint, including a call to alter the basic nature of Medicare, are poisonously unpopular, and Democrats want to tie every Republican on the ballot this fall to it. It would make their task much simpler if Romney were to go ahead and add Ryan to the ticket.

Maybe that will ultimately dissuade Romney from choosing Ryan. But so what? The point is that he’s going to have to choose a Ryan-like candidate for his No. 2 slot, someone who has total credibility among conservatives, and who might excite a base that is willing to put up with Romney as the presidential nominee but isn’t nuts about doing so. Names like Marco Rubio, Nikki Haley, Susana Martinez, Bob McDonnell and even Mike Huckabee are also in the air right now.

Previous GOP nominees have been in a similar position, and Romney’s predicament does call to mind the one John McCain faced four years ago, when he turned to Sarah Palin. But McCain’s pick spoke to more than just his need to please the right; he was also intent on finding a totally outside-the-box running mate who would catch the political world by surprise and give his ticket some of the barrier-breaking appeal of the Obama-led Democratic ticket.

Romney, at least for now, isn’t in quite as desperate a situation. His situation more closely resembles George H.W. Bush’s back in 1988. The parallels between the Bush ’88 and Romney ’12 stories are already striking. Like Romney, Bush came to the race with a well-documented moderate/liberal past that he tried to pretend didn’t exist. Conservatives didn’t trust him, but he took all of the positions they wanted him to take, and they ultimately consented to his nomination. Then, when Bush began looking for a running mate, they reminded him who was boss. The Bush campaign floated names like Bob and Elizabeth Dole, Alan Simpson, Pete Domenici and Nancy Kassebaum as prospective V.P.s. This is not what the right wanted to hear.

''We want a flesh and blood conservative on the ticket, and nothing less will do,” Gordon Humphrey, then a senator from New Hampshire, roared.

Humphrey talked of staging a convention walkout in New Orleans if Bush chose an unacceptable V.P. Other conservatives weren’t as blunt, but delivered the same basic message to the Bush campaign. Bush’s choice, Dan Casey of the American Conservative Union said, would be “a harbinger of the future, a signal.”

It was the pressure to appease voices like these that led Bush to choose a 41-year-old Indiana senator named Dan Quayle. The immediate reaction from conservatives was glee. Then Quayle opened his mouth, and the rest is history.

Granted, Bush’s pick didn’t have to be the disaster it was. Conservatives with more reassuring public personalities were available, and Bush could have gone with one of them. In the same way, Romney’s pick this summer doesn’t have to end up hurting his campaign. He may well choose a running mate who makes the base happy and strikes the rest of America as generally competent and mainstream. But as Bush’s example showed, when your options are limited by a skeptical base and the pressure is on to make an act of loyalty, it’s only too easy to end up with a Dan Quayle problem.