The politics of humiliation

Rick Santorum is taking a break – and, perhaps, weighing his potentially dubious place in history 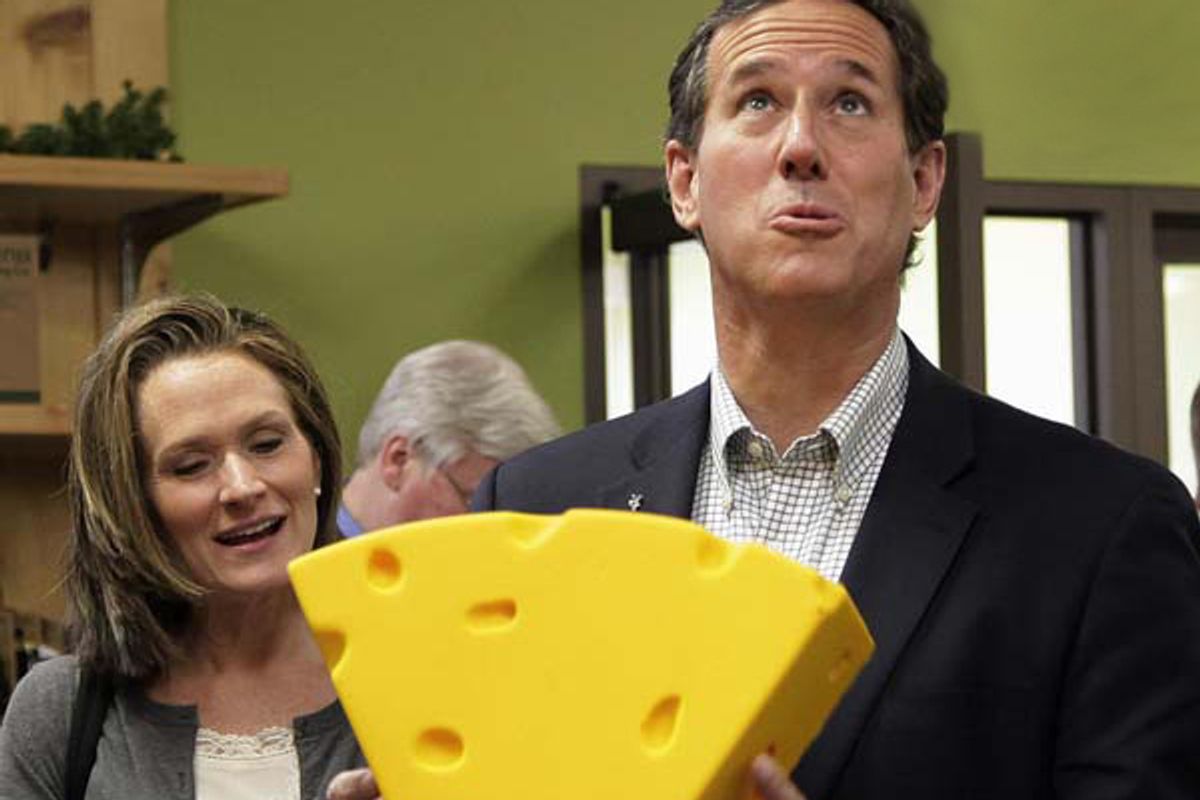 Rick Santorum and his campaign staff are taking a “brief break” for the Easter weekend, but the candidate will be back on the trail next Monday. That’s the official story, anyway, but the announcement has set off speculation that the former senator might be reassessing his candidacy and could soon end it.

After all, it comes as a new PPP poll shows Mitt Romney moving ahead of Santorum by 5 points in Pennsylvania, the next GOP battleground and Santorum’s home state. Republicans there will vote on April 24, and for Santorum the long-term fallout from a defeat could be severe. He came to this race with a reputation as a “loser,” the result of his 18-point Senate reelection loss in 2006, and all of the image restoration he’s achieved with his unlikely primary season performance could be undone if he fails to win his home state.

To appreciate how unusual it would be for Santorum to lose Pennsylvania, consider the modern history of favorite son (and daughter) presidential candidates. Since 1980, the first cycle when it was assumed that every candidate would wage a national effort and begin running before the lead-off contests, only two major candidates have lost primaries or caucuses in their home states. (Note: “Major” is defined here as a candidate who won at least one primary or caucus outside of his or her home state.)

One of them, George H.W. Bush in 1980, comes with an asterisk. Officially, Bush ran as a Texan. He’d represented a Houston-area district in the House for two terms in the late 1960s and had run losing Senate campaigns in 1964 and 1970. But his roots were Yankee – born in Milton, Mass., raised in Connecticut (the state his father represented in the Senate), with a summer home in Maine – and outside of Houston he wasn’t well-known in Texas. The number of home states that Bush could lay claim to became a running joke in the speeches of his main GOP foe, Ronald Reagan.

And anyway, the Lone Star State was Reagan country; it had given the Gipper one of his biggest wins in his 1976 primary challenge against Gerald Ford, and as the May ’80 primary approached, Reagan was far ahead of Bush in the delegate race. In other words, there was no expectation that Bush would win the state. And when he fell just 7 points short, it was widely regarded as a surprisingly strong performance, testament to the momentum Bush had gained from his unlikely win in the April 22 Pennsylvania primary. For Bush, there was no shame in losing his home state in 1980.

The other favorite son who fell short was Jerry Brown, who lost California’s Democratic primary to Bill Clinton in 1992. Brown had been the state’s governor from 1975 to 1983 and had waged two presidential bids during that time. But after losing a 1982 Senate race to Pete Wilson, he vanished from politics for the rest of the 1980s, working for a stint with Mother Teresa before returning to run the California Democratic Party in 1989. He was preparing to run for the Senate again in 1992 when he spotted an opening in his party’s presidential field and jumped into the race.

But by the time California’s June 2 primary rolled around, Brown was again a forgotten man. He’d scored a stunning upset of Clinton in the March 24 Connecticut primary, a result that briefly restored the national prominence Brown had enjoyed in the late ‘70s, but Clinton had righted his ship in New York on April 7, and then cleaned Brown’s clock in the next 14 contests. The media had long stopped focusing on the Democratic race and turned its attention to a Bush-Clinton-Ross Perot general election campaign when California Democrats finally went to the polls.

Still, Brown’s residual popularity made victory possible, prompting Clinton to take the primary seriously. With his 8-point victory (and landslide wins in the five other states that voted on June 2), Clinton officially passed the 2,145-delegate threshold for a first ballot nomination, while Brown’s loss cemented his reputation as a gadfly. Brown made some noise at the Democratic convention in July, refusing to endorse Clinton and insisting on a roll call vote. But he vanished again after that, and didn’t reemerge for six years, when the mayor’s job in Oakland came open.

* Dean had suspended his campaign after a poor showing in the Wisconsin primary two weeks earlier, but had encouraged supporters to keep voting for him. Edwards, the only active Kerry opponent remaining in the race, did not file for the Vermont ballot. Three weeks after Vermont’s primary, Dean officially endorsed Kerry.

* Simon, a sitting U.S. senator, hadn’t won any of the previous Democratic contests but told his home state’s Democrats that a brokered convention was likely and urged them to vote for him. Jackson’s Rainbow Coalition was based in Chicago and his official residence was in Illinois, but because he’d never won or sought elected office in the state he lacked many of the traditional advantages of a native son candidate.