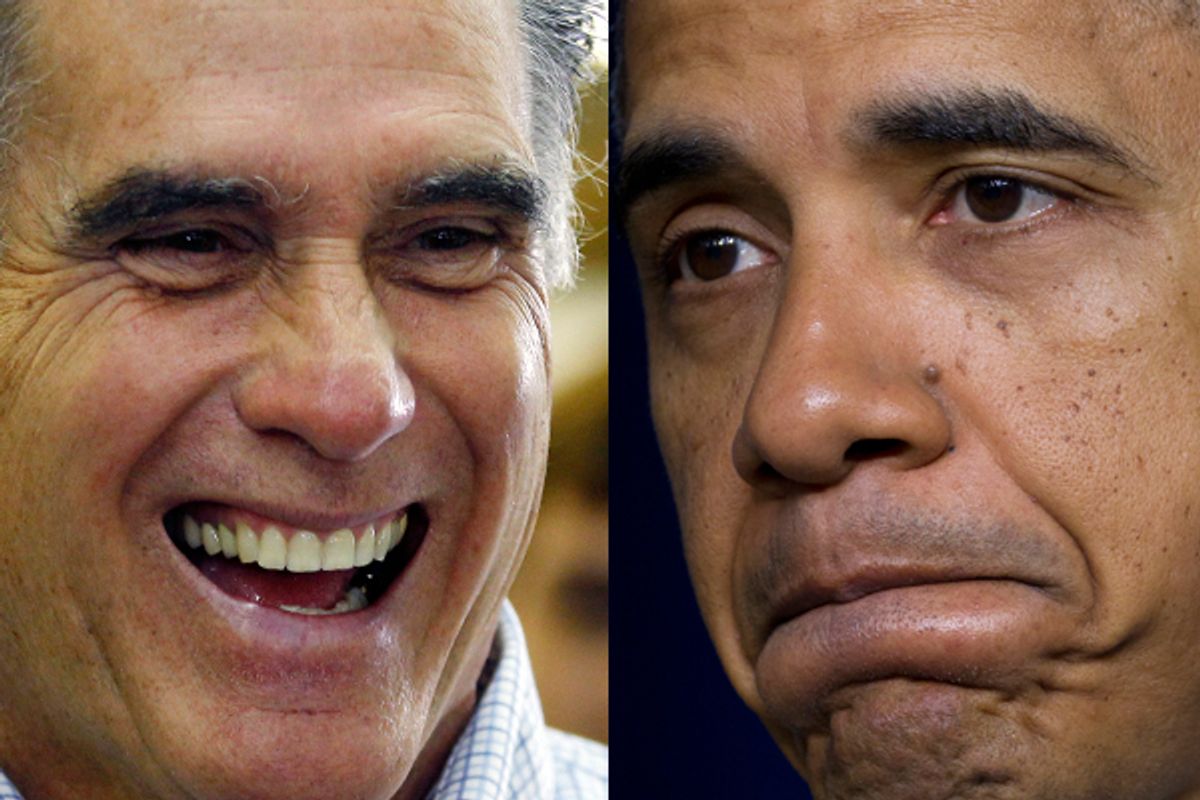 Judging by the state of the econoblogosphere around noon on Friday, after the release of the government's labor report indicated that the economy created only 120,000 jobs in march, the question on every econ-watcher's mind is how seriously should we take a one-month divergence from an existing trend?

At one end of the spectrum, we could interpret the new jobs numbers, which included a sharp decline in retail jobs, a la Matthew Yglesias, as proof of the "death of retail" -- slain by the unholy combination of smartphones and online shopping. Maybe so, but it seems like a bit of a stretch. Or we could go in the completely opposite direction: Ryan Avent, economics blogger at the Economist, seems to be suggesting that the best path forward would be to just ignore the new numbers altogether.

Avent's response to the news that U.S. labor markets had underperformed expectations came in the form of a darkly humorous post pointing out that the margin for error on the labor report was so high that the real number of jobs created in March could range anywhere from 20,000 to 200,000. So we really don't have any idea whether March was an outright disaster, a continuation of previous healthy trends, or something in between. And the same goes for all the other numbers in the report:

Reported changes for important subsectors are too small relative to the margin of error to be worth discussing.

Ha ha ha. Very funny. Avent's analysis is difficult to fault, but he should be careful: If all economics commentators followed his rules for reporting on new economic data, it wouldn't be long before there wasn't much of a market for any economics reporting at all.

But Avent does point the finger at an interesting conundrum. If the labor report had produced a "good" number, something above 200,000, there would have been a slew of reports about how the data confirmed the strength of the economic recovery, and very little discussion of how the high margin of error involved implied that it would be foolish to invest the "good" numbers with too much confidence. Not so with a report that virtually every (non-rabidly partisan) commentator considered "disappointing." This time, caution about making too much of a one-month blip was the ubiquitous watchword.

And maybe the numbers aren't so bad. As Felix Salmon noted, six months ago, the news that the economy had created 120,000 jobs would have been "decidedly encouraging." The fact that our expectations have changed is the basis for our disappointment, for sinking feeling in our hearts immediately after the Bureau of Labor Statistics Web page finally loaded after countless fevered clicks at the dot of 8:30 a.m. EST. So maybe we should relax a little? The economy is still growing, albeit at a tortoise-like pace. The explanation for the shortfall could be something as simple as good weather pulling forward hiring that would normally have taken place in March into January or February.

The problem is, the hardest thing to figure out in real-time economy watching is when to spot the definitive beginning of a new trend, but those new trends do end up starting. And the stakes are simply too great right now to ignore any data, no matter how tentative. Control of the White House and Congress could very well hinge on how labor markets perform from now through the summer. If April's numbers are worse than March's, we'll be able to look back and say, a-ha: here is where gas prices really started to bite into economic growth, or here is where Europe's recession proved impossible to shrug off ... and here is where Romney's poll numbers started to pick up. Every now and then the canary in the coal mine does indeed die -- it would be kind of foolish to blithely wave away this particular dead bird just because it might signify a freak avian heart attack.

How much further we should go is a fraught question. Liberals seized on Friday's part to call for more infrastructure spending. Mitt Romney, as expected, immediately plugged the news into his campaign critique savaging Obama for presiding over only the most tepid of recoveries.

That kind of instant politics-fueled analysis is probably not merited by one month's worth of numbers. But that won't stop anyone, because of the non-negligible chance that their critiques end up being right on the money. So there's your answer, as unsatisfying as it might be. We can't accept Friday's labor report as holy writ, but we can't wish it into nonexistence either. Unless you are Mitt Romney, the number was disappointing.