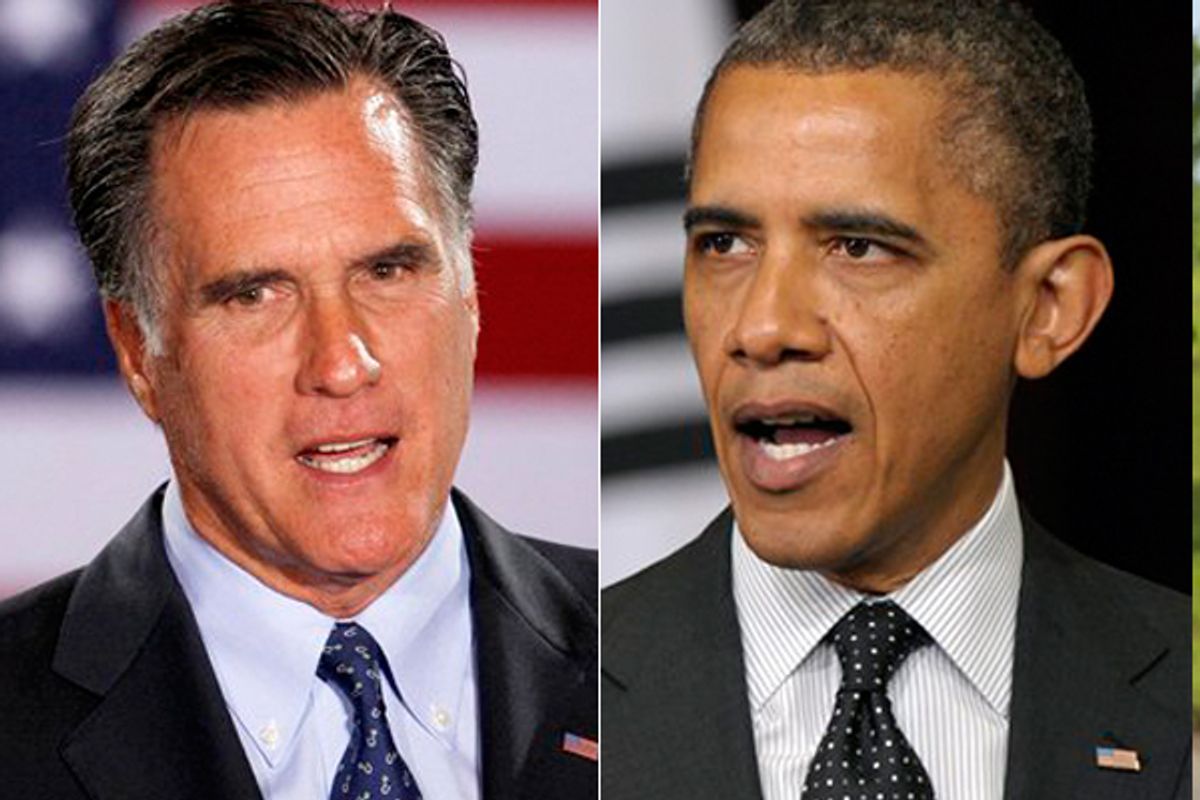 It’s the ideology, stupid. Democrats think Americans should learn to play well with others. Republicans do not.

This should not be news. A revived conservative movement dating back to the Fifties has succeeded in locking the Republicans into the philosophy of possessive individualism that was always a strand in the American story. In turn, they have portrayed the Democrats as the collectivist Other. This election the Democrats, or at least their presidential candidate, Barack Obama, has decided he can no longer duck the fight. In a fiery speech to the American Society of Newspaper Editors last week Obama put it baldly: “This is not just another run of the mill political debate. I’ve said it’s the defining issue of our time and I believe it. What leaders in both parties have traditionally understood is that the [Democratic government programs] aren’t part of some scheme to redistribute wealth from one group to another. They are expressions of the fact that we are one nation.”

Republicans, Obama charged, are engaged in an attempt to impose a “radical” change of vision on the country – “thinly veiled social Darwinism” that allows us to “think only about ourselves” and not about “our fellow citizens with whom we share a community.”

After decades of Democratic evasion, from Mike Dukakis’ “it’s about competence” to the new Democrats’ “reinventing government,” Obama chose a great moment  to join the fight between individualism and community at last. This cannot be happenstance. The Republicans have chosen the perfect symbol for the Democrats to confront  -- the stunningly wealthy scion of a privileged family who made his fortune in the most individualistic of all capitalist enterprises – leveraged buyouts.
Mitt Romney lost no time in taking up the ideological challenge. Just days after Obama laid down the gauntlet, Romney agreed that this was the philosophy election: “This November, we will face a defining decision.  Our choice will not be one of party or personality.  This election will be about principle.”

And the principle is that “if you worked hard, and took some risks, that there was the opportunity to build a better life for your family and for the next generation.”

Let the great race begin: “Instead of picking winners and losers with taxpayer dollars, I will make sure that every entrepreneur gets a fair shot and that every business plays by the same rules.  I will create an environment where our businesses and workers can compete and win.” And not only will the strongest Americans win, the race is wide open: “I will welcome the best and the brightest to our shores.”

Americans should be grateful to both candidates for finally giving us the choice (not the echo) as the original conservative revivalist, Barry Goldwater, presciently put it so long ago. Smart men, they both understand that it’s ideology all the way down. As we philosophers have always known (I love saying that in an election piece), political contests are ultimately about what each side counts as evidence and what the evidence tells them about what it means to be a good person.

What can people know? The Democratic vision recognizes that people can feel the pain of others.   “Who are these Americans?” Obama asks, invoking that capacity. “Many are someone’s grandparents who, without Medicaid, won't be able to afford nursing home care without Medicaid.  Many are poor children.  Some are middle-class families who have children with autism or Down’s Syndrome.  Some are kids with disabilities so severe that they require 24-hour care.  These are the people who count on Medicaid.” The Republican vision does not see pain; it sees only “success.” Romney’s characters are “risk takers,” “winners” (and “losers”) in “races” won, presumably, by the fittest, who then raise up . . . their families.
People who can see the pain of others and the risks that cannot be controlled by individual effort make one kind of politics. People who see success and think that people are responsible for protecting themselves and their families make a different kind of politics.

When the debate that Obama and Romney have revived started in western politics centuries ago people had not made their own politics for a long time. They lived under the hereditary rule of various kings and princes. So they argued mostly about what kinds of societies they should make, being human. But Americans have been governing themselves for more than two hundred years. It is an unchallenged assumption of American politics that Americans are basically the good guys. So the debate is shaping up over what kind of societies Americans do make, being American. Barack Obama called it a matter of patriotism, not human nature.

From 2012, Obama has the better argument, as a society of some empathy and collective risk management and opportunity creation has been the norm at least since the Progressive movement of the early twentieth century and certainly since Franklin Roosevelt’s New Deal in 1933. Predictably, then Obama calls the current Republican ideological crusade “an attempt to impose a radical vision on our country.”  Not surprisingly, Romney harks back to a mistier America, where his “grandfather” pulled himself up by his bootstraps and started the Romney family success drama.

To the Republican ideology, American politics since the New Deal at least is a usurpation, not a genuine expression of American character.  Not coincidentally, constitutional lawyers around the country are holding their collective breath waiting to see if an ideologically conservative majority of the Supreme Court will reverse the health care law and roll back the understanding of the constitution that made the New Deal possible as a first step in restoring the old order.
The election is the second.

New Deal analogies are rampant these days. This is not hyperbole. Not since the election of 1932 has the direction of America’s future been so starkly contested. Let the wild rumpus begin.