A transgender win for Miss Universe

The competition changes the rules -- and makes history 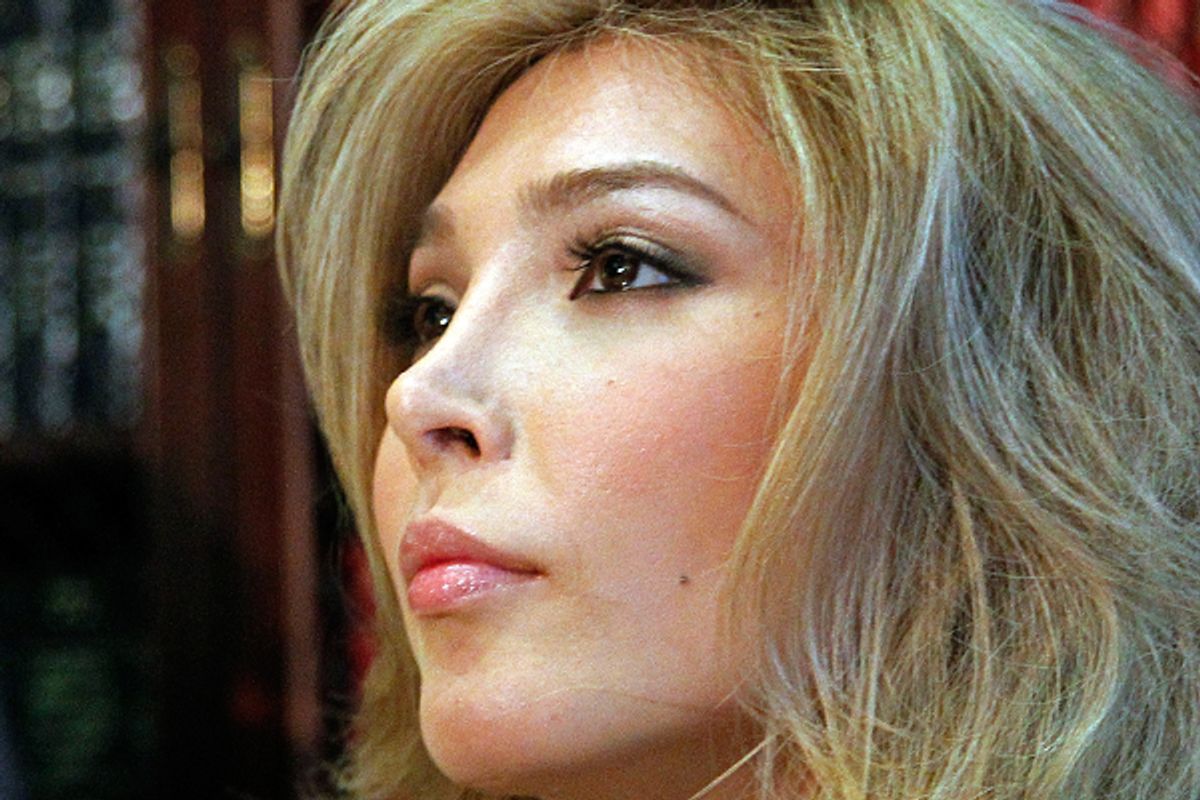 If you, like the rest of us, assumed you'd go the rest of your life without ever once thinking, "Good job, there, Donald Trump," today is the day you may have to think again. Believe it or not, the uniquely coiffed conspiracy theorist and fragrance magnate has done something cool -- by letting transgender beauties vie for the crown of Miss Universe.

Late last month, Miss Universe Canada contestant Jenna Talackova was disqualified on the grounds that she was, in its terms, "not a naturally born female." But last week Trump's organization said the 23-year-old, who underwent gender reassignment four years ago, would be permitted to return and compete. She is now back on the roster of this year's Canadian finalists.

And after weeks of working Miss Universe officials, GLAAD declared Tuesday that starting with next year's pageant, competition will be open to transgender women. In an official statement, GLAAD spokesperson Herndon Graddic said, "At a time when transgender people are still routinely denied equal opportunities in housing, employment and medical care, today's decision is in line with the growing levels of public support for transgender people across the country." Miss Universe Organization president Paula Shugart added, "The decision to include transgender women in our beauty competitions is a result of our ongoing discussions with GLAAD and not Jenna’s legal representation, which if anything, delayed the process. We have a long history of supporting equality for all women, and this was something we took very seriously."

It's a smart move, and not just because it's a progressive one. The pageant is, in many ways, as dated and irrelevant as Donald Trump's hair. Tossing in an element of controversy, Trump no doubt knows, is a good way to get attention. And sure enough,  Twitter was ablaze Tuesday with outraged fans of "natural born" females complaining  that "if these freaks want a pageant let them start there own with animals who are woman and woman who are men and men who are woman [sic]" and "this MAN IS NOT A WOMAN! and its almost guarenteed the ratings will drop because of this guarenteed! [sic, sic, sic]" You hear that, Trump? Your viewers guarentee it. I'm sure you're losing sleep over alienating the coveted Ranting Poor Speller demographic.

The opportunity to strut around in a bathing suit and tiara may not seem like great gender progress for anybody, but in this case, it truly is. It may prove a head trip for anyone who still watches beauty pageants to ogle the pretty girls and know that some of those pretty girls were born boys, but that's their problem. What matters more is sending a message of tolerance and acceptance to transgender males and females all around the world, of moving in the direction of changing people's perceptions of what equality for "all women" really looks like. Come pageant time, Jenna Talackova may not ultimately snag the big sash and tiara. But with her honesty and persistence, she's helped win something even bigger. She's won a place for the transgender community at yet another table. It's a harder-won prize, and a lasting legacy.