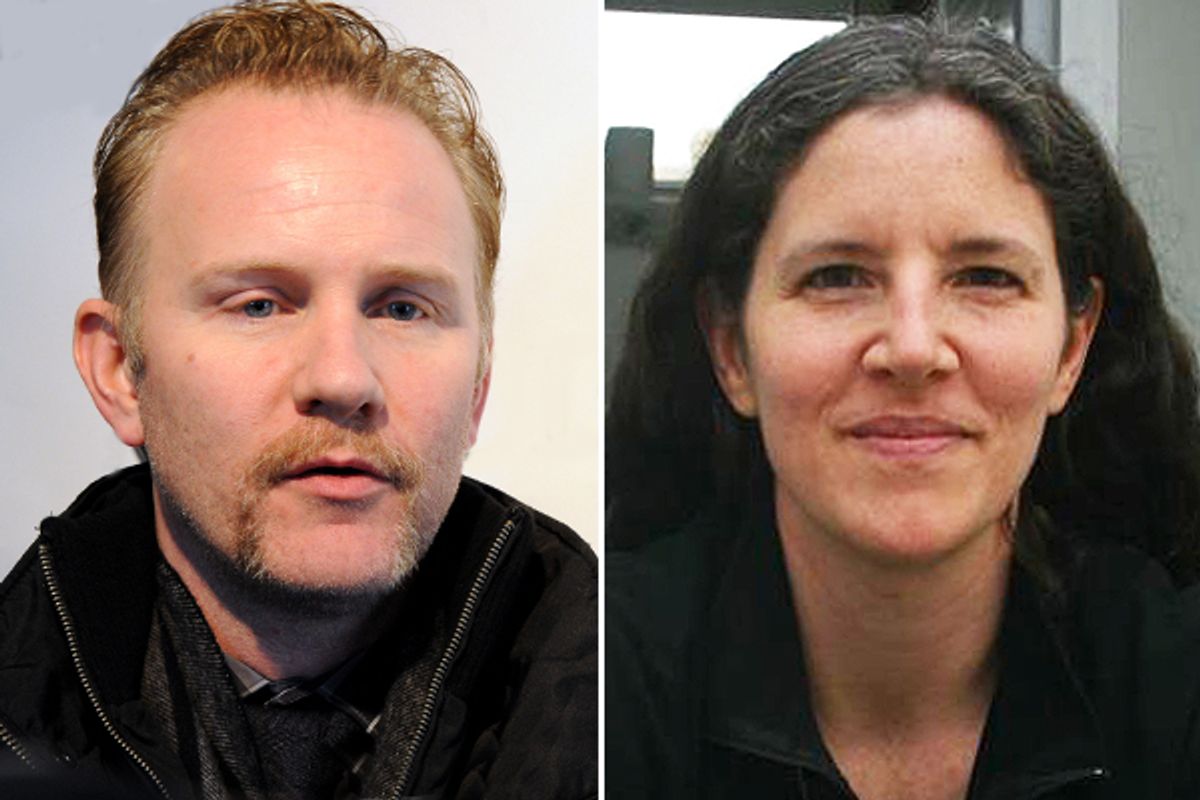 On Sunday, Glenn Greenwald reported that Laura Poitras – the Oscar- and Emmy-nominated filmmaker behind "My Country, My Country" and "The Oath" – has been subject to extraordinary and deeply troubling scrutiny by American officials. Poitras has been detained by the U.S. government 36 times in the last six years – almost every time she’s returned to the country from work abroad. The filmmaker has repeatedly been subject to harassment, intimidation and unwarranted, invasive searches, while her phone, laptop, reporter’s notebook and other materials have been confiscated and copied.  Last week, she was prohibited from taking notes on her own interrogation because her pen “could be used as a weapon."

As Greenwald pointed out, Poitras' case is a glaring example of the government’s continued disregard of Fourth Amendment rights as they apply to journalists and documentary filmmakers working on subject matter related to U.S. military operations, American foreign policy and any other domain claimed by the Department of Homeland Security.

Now, nonfiction filmmakers are speaking out.  Yesterday, the Cinema Eye organization released an open letter and petition in protest of DHS actions, calling on the Obama administration to investigate this “chronic abuse of power” and to put an end to violations of “America’s bedrock principle of a free press.” The letter was signed by the Cinema Eye Executive Board and their Filmmaker Advisory Board, including well-known nonfiction filmmakers Alex Gibney, Albert Maysles, Morgan Spurlock and many others. The full letter is reproduced below:

April 9, 2012 – New York, New York – Cinema Eye, the film organization that hosts the Cinema Eye Honors and advocates for artistry and craft in nonfiction filmmaking, is releasing a statement today to vigorously protest the Department of Homeland Security’s treatment of our valued colleague, Laura Poitras.

The letter is signed by the full Cinema Eye Executive Board as well as our Filmmaker Advisory Board, of which Poitras serves as Chair. The letter is also signed by 25 Cinema Eye nominated filmmakers, including five Academy Award winners.

As members of the nonfiction filmmaking community, we want to express our outrage over the ongoing harassment of our colleague Laura Poitras by the US government and the Department of Homeland Security. We call on the Obama administration to investigate this abuse of power and to bring an end to this persistent violation of America’s bedrock principle of a free press.

Laura Poitras is one of America’s most important nonfiction filmmakers, the recipient of the 2011 Cinema Eye Honor for Outstanding Achievement in Direction for her landmark film, The Oath, and the chair of our Filmmaker Advisory Board. She was nominated for a Best Documentary Feature Oscar and twice has been nominated for an Independent Spirit Award for her work. Her long list of credits, awards and impeccable credentials would be easy for anyone to verify.

Over the course of the last several years, as Laura has been working to chronicle the post-9/11 world and the effect of American policies here and abroad, she has been repeatedly harassed, detained, interrogated and has had her cameras and computers seized by Homeland Security officials as she attempts to re-enter her home country.

Not once in more than three dozen detentions and interrogations has Homeland Security found anything to justify this chronic abuse of power.

Within the last week, as Laura was returning from a recent trip abroad, she was once again detained. This time, however, she was also threatened with being handcuffed for attempting to take notes during her interrogation.

Nonfiction filmmakers perform a vital role in a democratic society, serving as observers and investigators of the world around us. It is unacceptable for any American nonfiction filmmaker or journalist to be treated in this manner. They must be able to return to their own country without fear of arrest or fear that their work product will be seized, solely because they are investigating or chronicling subject matter that may be sensitive or controversial.

We ask other members of the nonfiction film and journalism communities to protest this affront to a free press and we reiterate our call on the Obama administration to end these draconian and un-American policies once and for all.

Katie Ryder is a freelance writer and a contributing editor for Guernica. Her work has appeared in the Los Angeles Review of Books, the Paris Review Daily, NewYorker.com, and others.