Why is Obama winning? 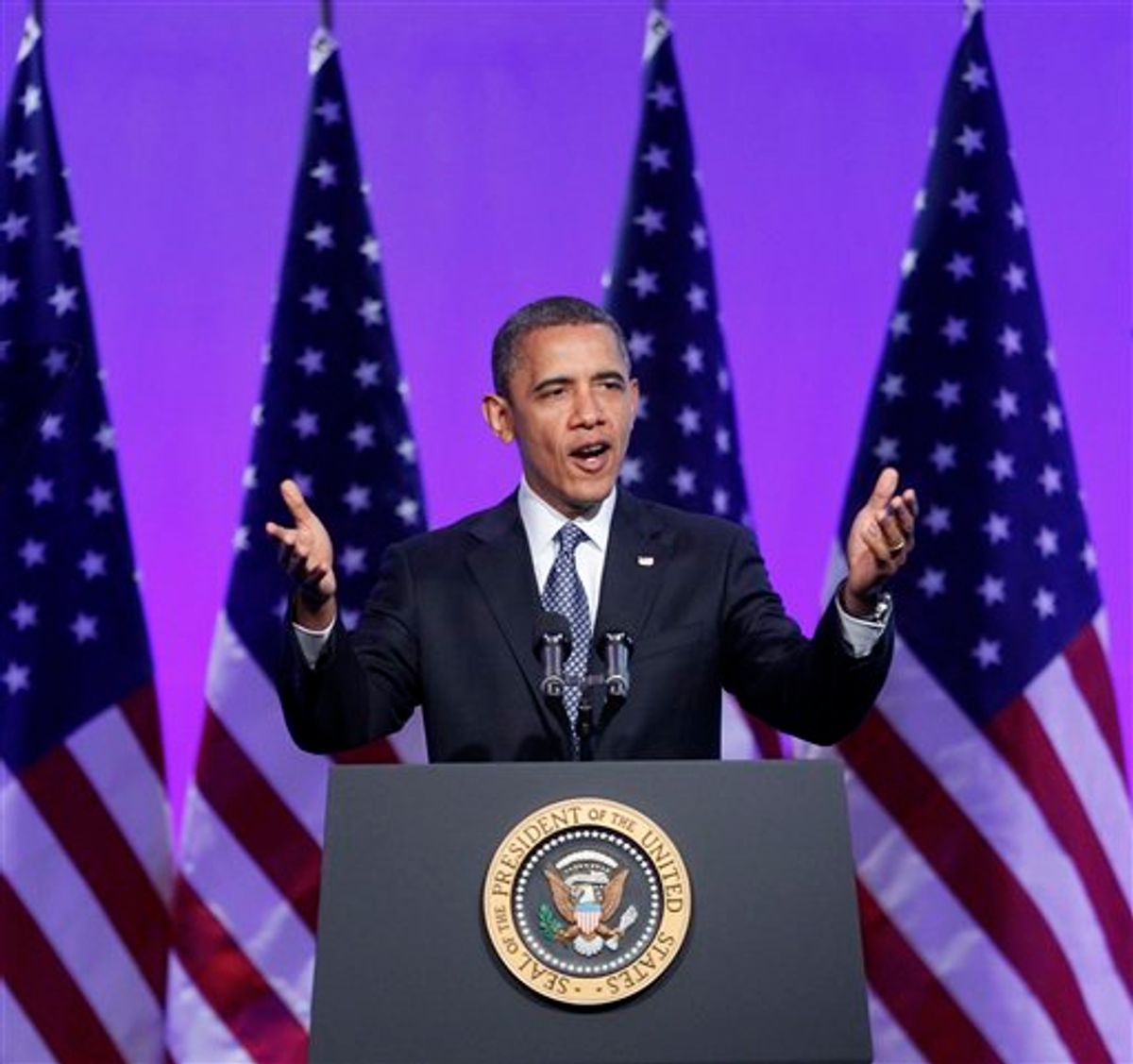 We know that President Obama’s political position has improved significantly since the end of last summer.

Just before Labor Day, the RealClearPolitics polling average measured his approval rating at a dangerously low 43 percent – fully 10 points under his disapproval score. But since then, the trend line has been favorable for Obama; RCP now gives him an average approval rating of 48 percent, and a disapproval mark of 46 percent. These aren’t exactly hall of fame numbers, but when you combine them with the damage that’s been done to Mitt Romney’s image during the GOP primaries, they’re enough to make Obama the favorite as the general election campaign begins. A Washington Post/ABC News poll released this morning puts the president ahead of Romney by seven points, 51 to 44 percent.

What’s less clear is what, exactly, has driven Obama’s comeback. This is because two significant shifts that could both plausibly explain it took place at roughly the same time last fall, just as Obama’s approval rating began improving.

The first involved his approach to the Republican Party. In the wake of the 2010 midterm elections, the president dedicated himself to seeking consensus with the GOP, first agreeing to extend the Bush tax cuts, then engaging in months of dialogue with House Speaker John Boehner aimed at striking “grand bargain” to pump up revenue, curb entitlement spending, and reduce the deficit.

But when the negotiations broke down and Obama concluded that it was a dead end and that genuine, meaningful compromise was impossible, Obama recast himself as a populist and began devoting his energy to highlighting the differences between his policy ideas and the economic philosophy of the Tea Party-era GOP.

He began by outlining a $447 billion jobs bill to a joint session of Congress just after Labor Day. The package contained popular ideas – infrastructure investment and aid to the states to prevent more public employee layoffs, for instance -- that economists generally agreed would spur growth, but the White House was under no illusions: Republicans had made it clear that the plan was DOA. Which was fine by Obama; the idea was to demonstrate as dramatically as possible to his opponents’ absolute commitment to blocking anything with his name on it.

He followed up his congressional speech by barnstorming the country, demanding congressional action and calling out GOP leaders by name, capping his tour with a December address in Osawatomie, Kansas in which he invoked Teddy Roosevelt and accused Republicans of practicing “you’re on your own” economics. More recently, Obama has used his platform to attack the Paul Ryan-authored budget as a threat to the social contract and to portray Republicans as the protectors of Big Oil. And an Obama speech in Florida today will kick off an all-out Democratic push for the “Buffett rule” – a proposal designed to ensure that the super-wealthy pay an effective tax rate of at least 30 percent.

All of this has coincided with Obama’s brightening reelection prospects, which suggests that voters are responding favorably to the president’s embrace of populist themes and his increased partisan combativeness. But there isn’t necessarily a connection, because of the other big shift last fall: Unemployment started falling.

Last summer, the jobless rate seemed stuck over nine percent, and fears of a double-dip recession were rampant. But starting with the jobs report for September, it ticked down for five straight months and today sits at 8.2 percent. The steady stream of encouraging economic news (the details of last Friday’s report notwithstanding) has eased the public’s anxiety somewhat and led more voters to tell pollsters they think conditions are improving. To be sure, there's still a broad sense of unease, but the news ABC/Washington Post poll finds that 33 percent of voters believe the country is heading in the right direction; at the end of last summer, that number was 22 percent. Viewed from this angle, Obama’s polling rebound could simply be the result of swing voters feeling better about the economy and, as a result, deciding that they think the president is doing a good job after all.

Most likely, there’s some validity to both explanations, but the balance between them is important. If, for instance, it’s mainly Obama’s tone and message that have fueled his comeback, then he may be able to survive politically even if the recovery weakens in the months ahead. But what if good economic news has actually been shielding Obama? That seems to be the argument of the centrist group Third Way, which used some polling data to argue this week that the president’s populist rhetoric – particularly when it comes to tax fairness – risks turning off swing voters. There’s reason to be skeptical of Third Way’s claims and even some Republicans are now saying that populism has been a plus for Obama, but it’s also true that mass opinion can be a funny thing.

There were dire warnings last fall that Obama would immediately and permanently alienate swing voters by stressing tax fairness and other populist themes. Obviously, this hasn’t happened. What we don’t know is if this would still be the case if the unemployment rate was still around 9 percent.