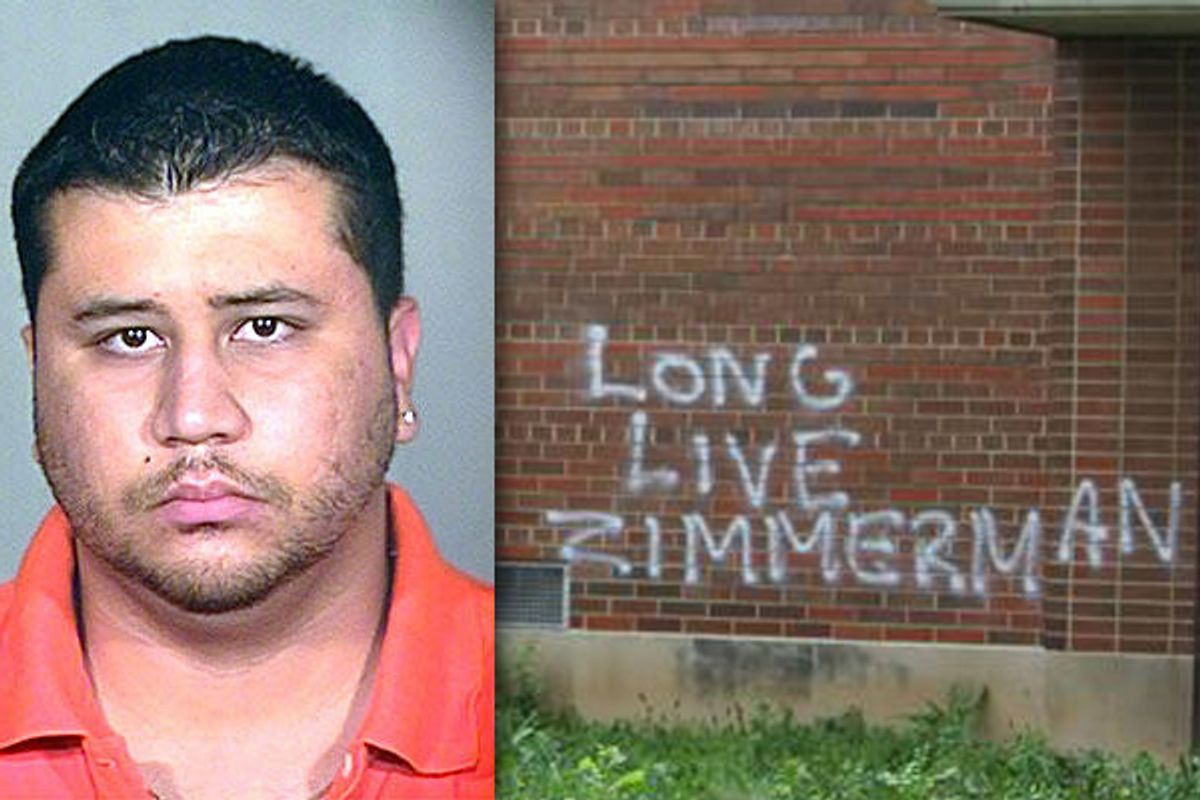 After weeks of silence and seclusion, George Zimmerman is speaking out. A little. The man who shot Trayvon Martin on Feb. 26 as he was walking home from a convenience store has launched a webpage with the catchy, Slim Shadyesque name The Real George Zimmerman, a zesty American flag motif and, on each section of it, the Edmund Burke maxim that "The only thing necessary for the triumph of evil, is that good men do nothing."

Admitting "that I have been forced to leave my home, my school, my employer, my family and ultimately, my entire life," the 9-mm-toting citizen -- who apparently sees himself as triumphing over the evil of passivity -- is trying to drum up financial and public relations support. On his site, he circumspectly refers to "a life altering event" he was "involved" in – and says he wants to head off the scam "defense fund" accounts he claims have been set up in his name.

Zimmerman says he "cannot discuss the details of the event on February 26th," but assures visitors that "the facts will come to light" -- an understandable position for something currently in the midst of a police investigation. But it's odd that a link to a statement on "my race" includes nothing but a Thomas Paine quote that "The world is my country, all mankind are my brethren, and to do good is my religion." Why address "my race" at all if you're not going to truly address it?

And there's something that in retrospect seems horribly misguided about a self-appointed neighborhood watchman (who's called the police an impressive 46 times since 2004) espousing the phrase "to do good is my religion," when his apparent version of "doing good" resulted in the death of an unarmed teenager. Most peculiar of all, though, is Zimmerman's "album" -- a mere two photographs, including an image of the words "Long Live Zimmerman" that were spray-painted on the side of Ohio State's Hale Hall black cultural center last week. Well, that should tone it all down.

Zimmerman has inarguably been the target of harassment. In March, director Spike Lee cavalierly tweeted an address allegedly belonging to Zimmerman, forcing the elderly couple who really live there to go into hiding. (Lee later apologized.)  Zimmerman is no doubt eager for all the assistance he can get. But if he's looking to improve his image, he might do well to recall what Trayvon Martin's family attorney pointed out on "Good Morning America": "[Zimmerman] says that he experienced a life-altering event. Well, Trayvon Martin experienced a life-ending event.'' Surely he could do better than represent himself with patriotic quotes and racist acts of vandalism.

UPDATE: On Tuesday, after this story published, Zimmerman removed the "Long live Zimmerman" photograph from his site. An uncredited "justice for Zimmerman" image still remains.