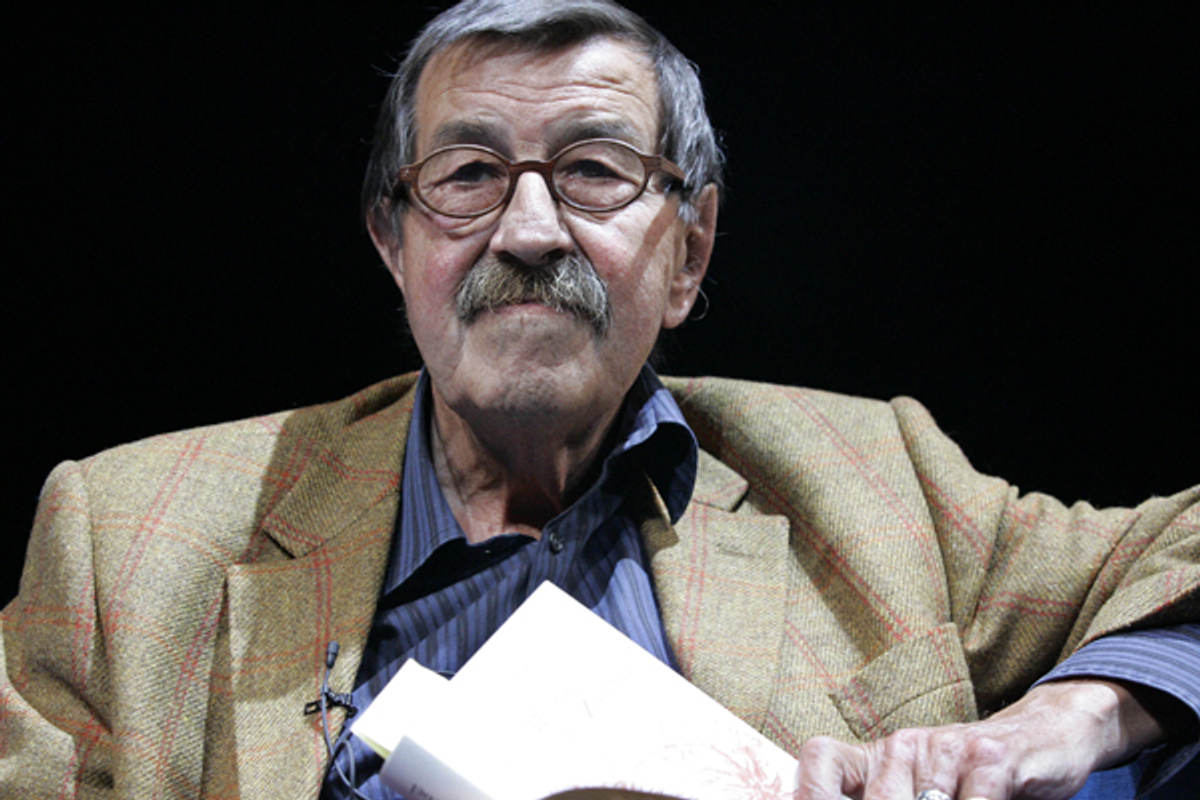 Earlier this week, German writer Gunter Grass was barred from Israel for the content of his poem "What Must Be Said," a meditation on the situation between Israel and Iran. The Nobel laureate's piece, which warns of Israel's military might and condemns German arms sales to Israel, caused an outrage in both countries and tempers have flared all over the Internet, both in favor of and against the content of the poem.

“Grass’s poems fan the flames of hatred against Israel and the Israeli people, thus promoting the idea he was part of when he donned an SS uniform,” said Israel's interior minister, Eli Yishai, according to the New York Times, apparently referring to the writer's adolescence with the Hitler Youth, an admission Grass made in 2006.

But do words warrant instituting a ban on a person?

Grass' controversial past could explain away Israel's actions against that German writer in particular. But it isn't just the poem. Israel has a free speech problem.

In 2010 renowned professor and linguist Noam Chomsky was banned from entry to Israel after an attempt to give a lecture at Bir Zeit University in Ramallah. Norman Finkelstein, also a Jewish professor, was arrested, deported and banned from Israel for 10 years in 2008. [Here's a slide show of more controversial critics of Israel who have been banned from entering the country.]

"The decision to prevent someone from voicing their opinions by arresting and deporting them is typical of a totalitarian regime," said Oded Peler, a lawyer for Israel's Association for Civil Rights to the Guardian after Finkelstein's deportation. "A democratic state, where freedom of expression is the highest principle, does not shut out criticism or ideas just because they are uncomfortable for its authorities to hear. It confronts those ideas in public debate."

In Israel, there is no protection of freedom of speech, because there is no constitution. There is no specific legal accountability in regard to words or art, because no Israeli document exists that protects this inalienable human right, the way the U.S. Constitution does. The Knesset makes laws and the Supreme Court decides if they're legal or not, but there is nothing equal to a universal free speech provision on the books in Israel.

In the past few years, it has become apparent that without a central document that protects freedoms, the Knesset has the ability to pass laws without being accountable to a higher idea of human rights. Besides a recent law against organizing boycotts of Israeli goods, which one Israeli journalist called "fascism at its worst," there have been a flood of incidents that would never fly in the face of the American First Amendment — or even the most general understanding of the concept of free speech.

"Israelis accept limits on free expression that other democracies would reject," explained Edmund Sanders in a July Los Angeles Times article. "... many of the controversial measures received solid public support, reflecting a growing ambivalence in Israel over free-speech rights."

The Israeli government also insists that some news outlets submit their reports for approval before publication. A Palestinian TV station was recently shut down without cause or warning, and, according to Human Rights Watch, hundreds of thousands of dollars of equipment was seized. Journalists are routinely detained and questioned, and a professor was recently arrested for launching a new website through Al Quds University.

"Unfortunately for Israelis, their country has anti-free speech policies that do not represent modern democracy. Israel is more open than countries it borders, yes, but this isn’t a liberating revelation," wrote blogger Justin Martin at the Columbia Journalism Review. "If Israeli politicians wish to brag that their nation resembles western democracies, they must defend the freedoms those countries hold dear. Israel does not."

The full text of "What Must Be Said" can be found at the Atlantic.