When bad blood spills over

Rick Santorum is out of the GOP race, but his bitterness could still spell trouble for the GOP this summer and fall 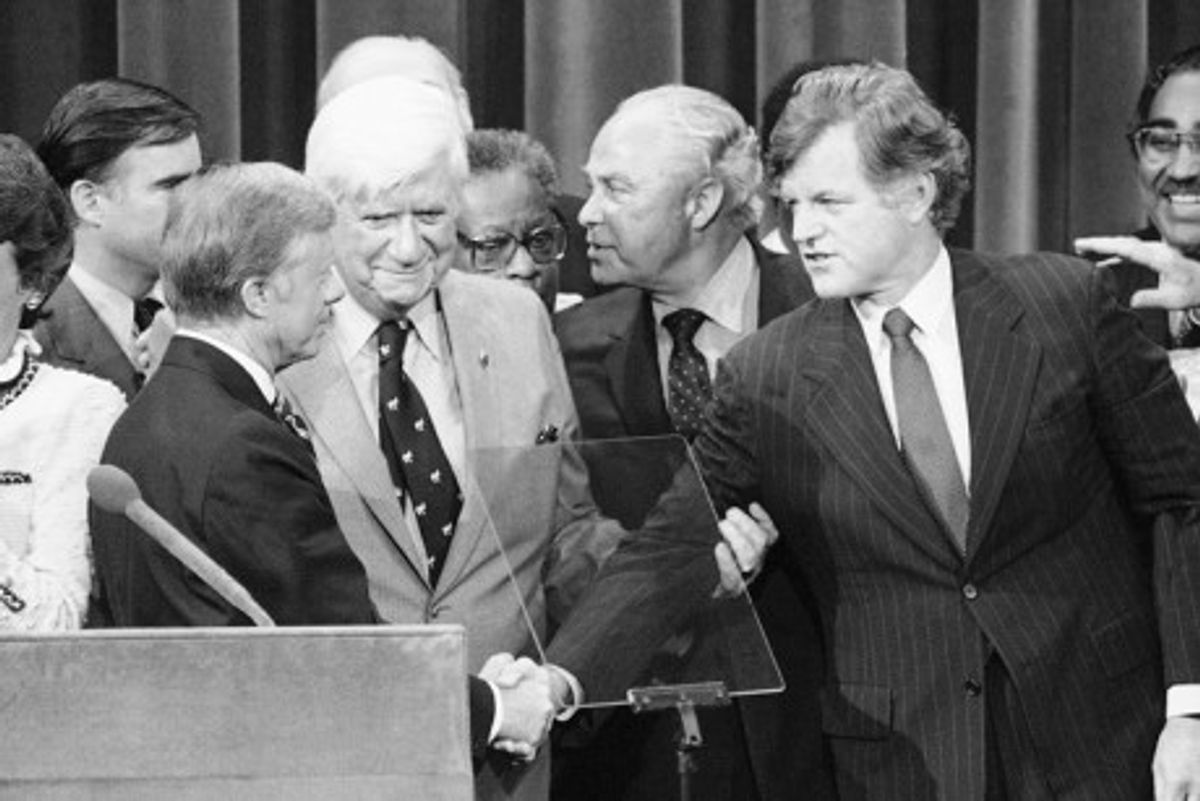 When he exited the Republican presidential race yesterday, Rick Santorum failed to even mention the man who will now be the party’s nominee. It’s no mystery why: Mitt Romney’s victory formula relied on overwhelming Santorum with tens of millions of dollars of savage attack ads that left the former Pennsylvania senator nursing a powerful sense of aggrievement.

Apparently, the two men will sit down in the near future, and it’s widely expected they’ll put the hostility of the primary season behind them and that Santorum will come through with a strong endorsement of  Romney. But if recent history is a guide, the road from here to genuine unity may not be so simple and smooth.

This is hardly the first time a nominating contest has been marked by such personal negativity and bitterness. In some instances, the candidates easily buried the hatchet. This was the case the last time around for Republicans, when Romney tried to run as the true believer to John McCain’s conservative apostate, a tactic that produced numerous displays of scornful contempt from McCain. But as soon as he dropped out, Romney endorsed McCain, pretended there’d never been any serious differences between them, and sang his praises throughout the fall campaign.

Of course, it was easy for Romney to do this. He was only pretending to be a “cause” candidate, so his attacks on McCain reflected crude strategy, not a serious philosophical divide. And it was easy for McCain to play along; he was the winner, after all.

The current situation is different. Santorum is a genuine movement conservative candidate; he is far more connected, ideologically and culturally, to the conservative base than Romney was in ’08. And he plainly regards the way Romney has secured the nomination as unfair and dishonorable; if Romney felt wronged by McCain’s treatment of him in ’08, he never showed it publicly. Plus, Santorum’s been powered by a very specific segment of the Republican base – white evangelical Christians – that stubbornly refused to line up with Romney, even as his nomination became inevitable.

All of this could complicate a Romney-Santorum rapprochement. Obviously, it’s in Romney’s interests to make peace with Santorum, but there’s also a risk in bending over too far too soothe hurt feelings. And while it’s probably in Santorum’s long-term interests to be a team player this summer and fall, there’s no guarantee he’ll see it this way. In the dying days of his candidacy, he took to drawing detailed parallels between his campaign and Ronald Reagan’s 1976 effort, which ended with the Gipper upstaging the man who had beaten him – Gerald Ford – at the convention and then sitting on his hands as Ford lost to Jimmy Carter in the fall. If Santorum really believes he’s the Reagan-like leader of a mass movement, he may not be inclined to help Romney much going forward.

Reagan-Ford isn’t the only example of primary season acrimony spilling over to a party’s convention and into the general election. Here are some other instances worth keeping in mind now:

Carter/Kennedy, 1980: The Democrats’ convention in New York City produced a famous snub, with Ted Kennedy refusing to lock arms with Jimmy Carter in a unity pose as tens of millions of Americans watched on television. Kennedy’s challenge to Carter had exposed a deep ideological divide in the party, and was marked by heated attacks on the president, especially in the late months of the primary season, when Kennedy finally began piling up victories. The party never really unified, Kennedy was largely absent from the fall campaign trail, and Republicans delighted in turning one of Kennedy’s most blunt primary season attacks on Carter into a devastating general election ad:

The Houston debacle, 1992: Like Romney, George H.W. Bush was viewed with intense suspicion by the GOP’s conservative base. And that was before he went back on his “Read my lips!” pledge and raised taxes in 1990 – a decision that spurred Pat Buchanan to challenge the president in the 1992 primaries. Buchanan fared surprisingly well in New Hampshire, but never threatened to win a state after that. But the Bush team, recognizing the conservative hostility that Buchanan represented, decided to give him a featured speaking slot on the Houston convention’s opening night. Buchanan provided the ringing endorsement of the president they were looking for, but he also knocked the man who was supposed to be the first night’s headliner – Reagan – out of prime time, and delivered an address that is still remembered for its divisive culture war intensity:

Bill Clinton’s headaches, 1992: Bill Clinton survived several scandals en route to becoming his party’s presumptive nominee, and all of his vanquished foes fell into line and endorsed him – except Jerry Brown, who positioned himself as the incorruptible leader of a people’s crusade against the Washington establishment. Clinton’s campaign tried to bargain with Brown, offering him a prime-time convention speaking slot in exchange for a public endorsement. But Brown refused, and instead had himself nominated from the floor at Madison Square Garden, thereby earning 20 minutes at the podium (in a none-prime-time hour). The Clinton campaign feared what Brown might say, but the former California governor left his opponent out of his speech and stuck to his familiar campaign themes. He left New York without offering an endorsement, though it didn’t seem to matter in the fall, when Clinton unseated Bush.

However, primary season ill-will ended up affecting Clinton’s presidency. Bob Kerrey, who in the ’92 primaries had railed against Clinton’s Vietnam draft avoidance and warned that he’d be opened up “like a soft peanut” in the general election, seemed to take pleasure in tormenting the president, nearly derailing his 1993 budget, calling him “ an unusually good liar,” and even stoking talk of a 1996 primary challenge. And Paul Tsongas, who felt burned by the negative attacks that Clinton used to defeat him in the critical Florida primary, ended up ripping Clinton as “a threat to the well-being of my children” when Clinton proposed $60 billion in tax breaks at the end of 1994.

Pat Buchanan’s shadow convention, 1996: Buchanan’s follow-up campaign was more successful than his first. He nearly won Iowa, stunned Bob Dole in New Hampshire and – for a very brief moment – seemed poised to run away with the nomination. But the panicked establishment rallied around Dole, who became the presumptive nominee in March. Buchanan refused to quit, though, and when the Dole campaign – mindful of the mess he’d made in Houston – told him he’d only be able to address the San Diego convention as part of a video package featuring all of the primary season losers, Buchanan rented a hall up the road and delivered his own speech there. All week there was talk that Buchanan’s delegates would stage a walkout when Dole accepted the nomination, but it never came to pass. Finally, Buchanan issued a written statement claiming that the GOP platform reflected his message and concluding, “Therefore, I endorse the Republican ticket of Dole-Kemp and will work for a national Republican victory in November.” He was nowhere to be seen that fall.

McCain/Bush, 2000: It’s likely that no primary season loser has ever felt more personal animosity toward the winner than John McCain felt toward George W. Bush in 2000. Some of this was understandable; some of it was a reflection of McCain’s inherent belief that anyone who defeats him must have done so dishonorably. What made McCain’s loss unique was that he’d actually become the most popular politician in the country during his campaign, with hordes of Democrats and independents crossing over to support him where it was allowed. But Republicans resented this and embraced Bush even harder.

This created intense drama in the spring and summer months. Would McCain bolt the GOP and run third party? Would he snub Bush at the convention? Undermine him in the fall? He ended up endorsing Bush, formally releasing his delegates (and choking up as he did so) on the night before the GOP’s Philadelphia convention. It was clear that McCain still held a grudge, but it wasn’t until the first two years of Bush’s presidency that he really tried to settle the score.