When "stand your ground" fails

John McNeil killed a white man who assaulted him on his property. But, unlike George Zimmerman, he's serving life 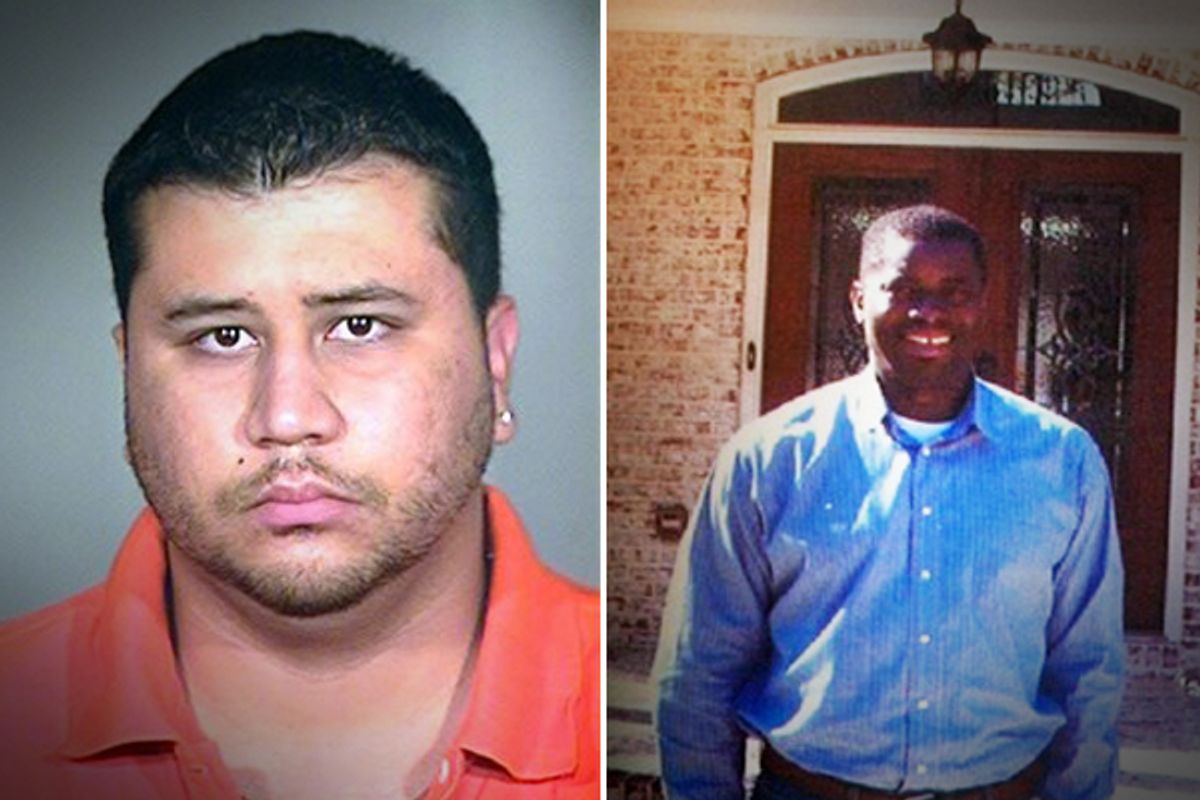 As the shooting death of Trayvon Martin and the failure of authorities to arrest his killer, George Zimmerman, continues to grab headlines, many conservatives and gun rights advocates insist that race has nothing to do with it. Some have also rallied to the defense of Florida’s “stand your ground” law, the self-defense legislation under which Zimmerman was able to avoid arrest. Yet not all stand your ground claims are so successful. Not too far from Sanford, Fla., a black man named John McNeil is serving a life sentence for shooting Brian Epp, a white man who trespassed and attacked him at his home in Georgia, another stand your ground state.

It all began in early 2005, when McNeil and his wife, Anita, hired Brian Epp’s construction company to build a new house in Cobb County, Ga. The McNeils testified that Epp was difficult to work with, which led to heated confrontations. They eventually decided to close on the house early to rid their lives of Epp, whom they found increasingly threatening. At the closing, both parties agreed that Epp would have 10 days to complete the work, after which he would stay away from the property, but he failed to keep up his end of the bargain.

On Dec. 6, 2005, John McNeil’s 15-year-old son, La'Ron, notified his dad over the phone that a man he didn’t recognize was lurking in the backyard. When La’Ron told the man to leave, an argument broke out. McNeil was still on the phone and immediately recognized Epp’s voice. According to La’Ron’s testimony, Epp pointed a folding utility knife at La'Ron's face and said, “[w]hy don't you make me leave?” at which point McNeil told his son to go inside and wait while he called 911 and headed home.

According to McNeil’s testimony, when he pulled up to his house, Epp was next door grabbing something from his truck and stuffing it in his pocket. McNeil quickly grabbed his gun from the glove compartment in plain view of Epp who was coming at him “fast.” McNeil jumped out of the car and fired a warning shot at the ground insisting that Epp back off. Instead of retreating, Epp charged at McNeil while reaching for his pocket, so McNeil fired again, this time fatally striking Epp in the head. (Epp was found to have a folding knife in his pocket, although it was shut.)

The McNeils weren’t the only ones who felt threatened by Epp. David Samson and Libby Jones, a white couple who hired Epp to build their home in 2004, testified that they carried a gun as a “precaution” around Epp because of his threatening behavior. According to Jones, Epp nearly hit her when she expressed dissatisfaction with his work at a weekly meeting. The couple even had a lawyer write a letter warning Epp to stay away from their property. Samson testified that after they fired him, Epp would park his car across the street and watch their house, saying “it got to the point where my wife and I were in total fear of this man."

After a neighbor across the street who witnessed the encounter corroborated McNeil’s account, police determined that it was a case of self-defense and did not charge him in the death. Nevertheless, almost a year later Cobb County District Attorney Patrick Head decided to prosecute McNeil for murder. In 2006, he was convicted and sentenced to life in prison.

McNeil’s attorney Mark Yurachek told Salon that “DAs throughout the country enjoy that kind of flexibility of deciding who to prosecute, but it’s curious that he took a year to do it.” While he said there’s no way to know what swayed the DA to prosecute, Yurachek revealed that letters, which he obtained under the Freedom of Information Act, were written to the DA’s office demanding that McNeil be charged. “They were mostly emails from people cajoling prosecutors to investigate,” says Yurachek. “One was from Epp’s widow. Others were written anonymously."

In 2008, McNeil appealed his case to the Georgia Supreme Court with all but one of the seven justices upholding his conviction. The sole dissent came from Chief Justice Leah Ward Sears who argued, “the State failed to disprove John McNeil’s claim of self-defense beyond a reasonable doubt.” She went on to write:

Even viewed in the light most favorable to the verdict, the evidence was overwhelming in showing that a reasonable person in McNeil's shoes would have believed that he was subject to an imminent physical attack by an aggressor possessing a knife and that it was necessary to use deadly force to protect himself from serious bodily injury or a forcible felony. Under the facts of this case, it would be unreasonable to require McNeil to wait until Epp succeeded in attacking him, thereby potentially disarming him, getting control of the gun, or stabbing him before he could legally employ deadly force to defend himself.  This is not what Georgia law requires.

As a leading gun rights state, Georgia has both a stand your ground law that permits citizens to use deadly force “only if he or she reasonably believes that such force is necessary to prevent death or great bodily injury,” as well as a Castle Doctrine law, which justifies the use of deadly force in defense of one’s home.

Thus far, gun rights advocates such as the NRA and former Cobb County congressional Rep. Newt Gingrich have been silent on McNeil’s conviction, though it’s unclear whether they are aware of the case. The NRA did not immediately return a call seeking comment. Still, Rev. William Barber, president of the North Carolina NAACP State Conference, argues, “The NRA would be screaming about the injustice of his conviction if John had been white and shot a black assailant that came at him on his property armed with a knife.” (McNeil grew up in North Carolina, where the local NAACP chapter, led by Barber, was the first to pick up on his case in Georgia.)

Barber was clear that the NAACP remains firmly against stand your ground laws because “they give cover to those who may engage in racial profiling and racialized violence,” adding that “There is a history and legacy of discriminatory application of the law” that continues to this day. “African-Americans are caught in curious position. On one hand, we fight against stand your ground laws, but once the laws are on the books they aren’t applied to us.”

Civil rights activist Markel Hutchins agrees and has filed a federal lawsuit challenging Georgia’s stand your ground law because the law is not applied equally to African-Americans. He accuses the courts of accepting "the race of a victim as evidence to establish the reasonableness of an individual’s fear in cases of justifiable homicide."

Meanwhile, Barber argues that McNeil's treatment stands in stark contrast to that of George Zimmerman, who has been afforded the benefit of the doubt despite his victim being unarmed. “America’s always had a difficult issue dealing with race, so rather than face it when it’s exposed, the tendency by some is to try and dismiss it. But the reality is you do not see this kind of miscarriage of justice when it comes to whites.” He adds,  “John’s whole life has been taken away from him. His wife is very ill with cancer and she has lost a husband, his sons have lost a father and society has lost a man that was contributing to his community.”