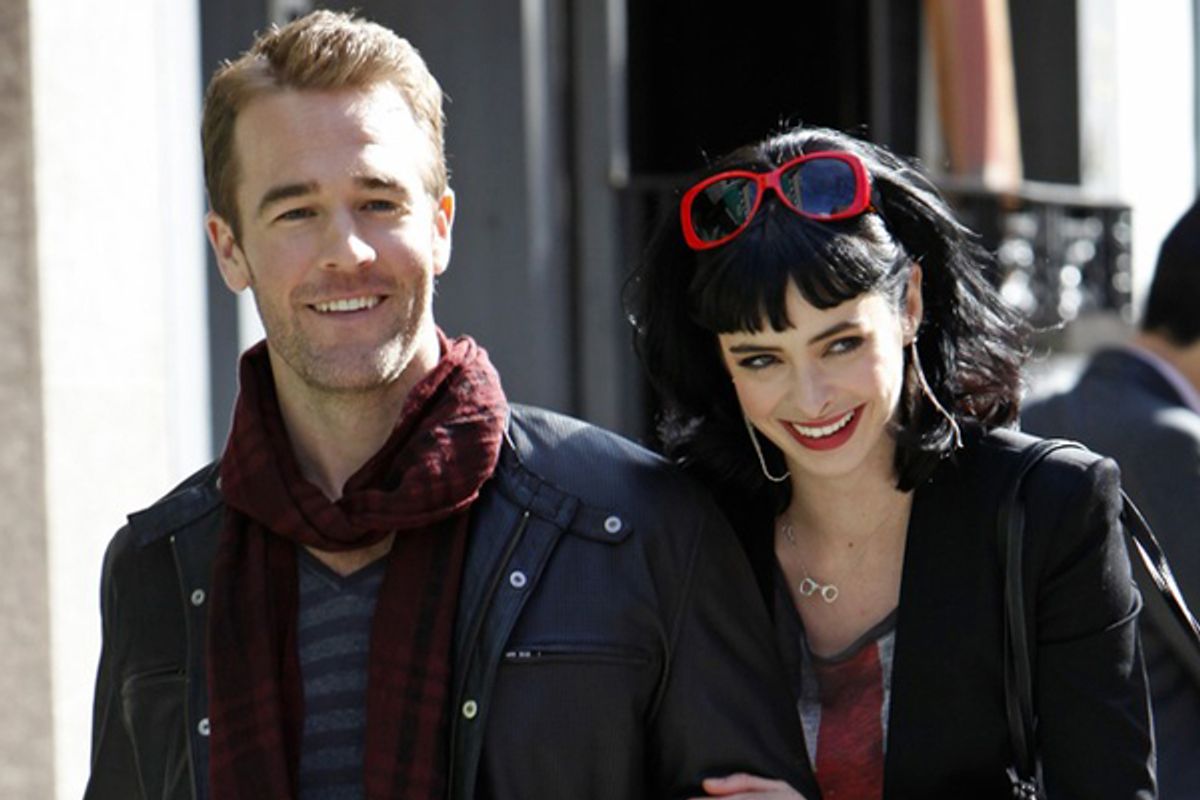 This week, the great 2011-2012 lady-sitcom trend comes to an end, with the premiere of the last two series to claim membership, the stupendous “Girls," debuting this Sunday night on HBO (more on “Girls” later today), and the not so stupendous “Don't Trust the B- in Apt. 23,” which began last night on ABC.  The truncated “B” in “Apt. 23” stands for “Bitch,” which suggests that one of the characters in “Apt. 23” should be even more prickly and obnoxious than the trying, caustic stars of “Whitney,” “Are You There Chelsea,” and “2 Broke Girls” -- women who have reclaimed the B-word for themselves, but didn’t title their TV shows accordingly. This, however, is not the case here: The “B” in apartment 23 is the Disney princess version of a bitch, the bitch as lifestyle icon and self-help guru, so, really, the bitch who is not a bitch at all.

“Apt. 23” co-stars Dreama Walker (whose name I will never be able to type without imagining she was birthed in some free love hippie compound) as June, a nice girl from Indiana who, after losing her job, has the misfortune of moving in with Chloe (Krysten Ritter), the titular “B,” who also happens to be besties with James Van Der Beek, playing himself in a self-lacerating performance that has yet to fold in with the rest of the show. In last night's episode, Chloe permitted June to move in, with plans to be such a horrible roommate that June would move out, leaving first and last month's rent and a security deposit in Chloe’s care. But June proved to be up to the task of dealing with Chloe — Chloe stole June’s money, June sold Chloe’s furniture — which Chloe found endearing. So endearing that, as a favor to June, she slept with June’s fiancé, just to prove to a disbelieving June he was a cheater. June appreciated this.

This is more or less the format of future episodes. Chloe, a narcissistic, self-involved, casually rule-breaking party girl, does something horrible for June’s own good, and June understands it as such. June may be well-meaning, hardworking, kind and, as the furniture-selling incident suggests, not without backbone, but she is the student, studying at the feet of Chloe, the master of doing whatever it is she wants, whenever she wants to.

This formulation may be deranged — the message of "Apt. 23" is basically, people who don’t care about anything have more fun, so wouldn’t it be better to be like that – but it goes down pretty easy. “Apt. 23” isn’t particularly funny, but at least it doesn’t have a laugh track to beat you over the head with this fact. Walker’s likable enough, and Ritter, simultaneously beautiful and gawky, is an upbeat presence, a constant good time, even when spewing insults and self-obsession. Ritter’s Chloe wears bitchiness like it is a cute jacket, something in fashion she thinks looks good on her for now, not as a reflection of some dark, damaged psyche. (In fact, it’s not: In a future episode we meet Chloe’s parents, who are nice people. She’s a self-created monster.)

It’s interesting to compare Chloe to Whitney, Chelsea, and “2 Broke Girls’s” Max, three characters who are bitchy in a much more unsettling, prickly, difficult and angry way. These unpleasant qualities can make watching their TV shows very trying — the women they play are strident and their shows full of ill will — but take the self-loathing and sharp angles out of these characters and, to judge by Chloe, all you're left with is a sitcom in praise of selfishness.

The B In Apartment 23 Tv