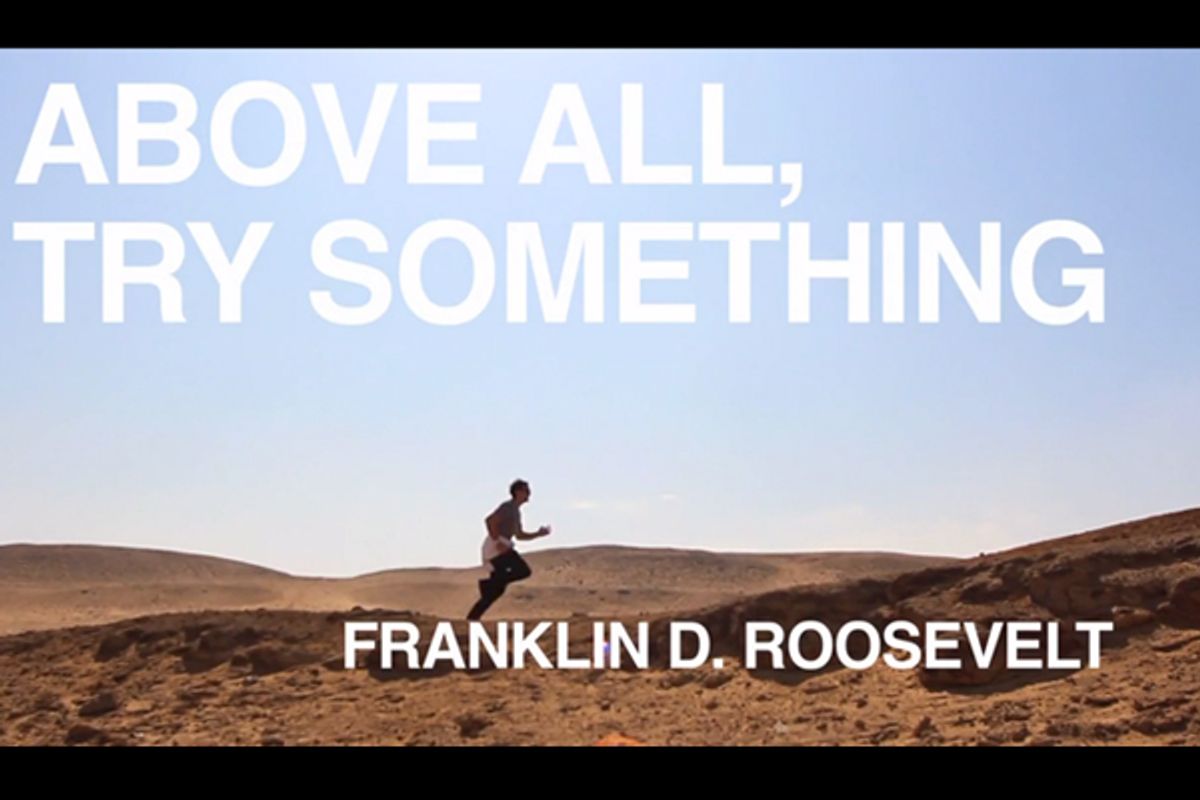 It's still a sneaker ad. But it's one with a story that anyone who's ever dreamed of fleeing the workday world for a daring adventure can enjoy.

Casey Neistat says that Nike gave him a nice big budget to create a new ad with the imperative – I mean hashtag, because Nike is all up in that social media thing -- to #makeitcount. Instead, according to the video, he took the money and sprinted around the world with a friend for 10 days. This result is basically a Successories poster crossed with your cousin's Facebook wall come to life --  images of pretty locations like the Eiffel Tower and the Great Pyramids, interspersed with inspirational quotes from the likes of Helen Keller and Mae West and Hunter Thompson. No wonder the clip has amassed nearly a million views -- and, no doubt, millions of "God, why can't I be that guy?" sighs of envy -- in under two days.

It takes the idea of "run" not to the expected sneaker ad place of basketball courts and marathons, but the other place, the "take the money and" one. Jump off a cliff. Get a tattoo. Meet girls in bikinis. You know, just do it. It's a cliché used to peddle footwear, but it's an infectious, spirited one. And it's a whole lot more fun than a lecture from Dad.

Of course, this entire video is not just a testament to the human spirit but also to the growing craftiness of corporate viral advertising. It's unlikely that Nike was unaware of Neistat's plan when he went off to shoot it (even rebellious ad producers are subject to oversight by their clients), and the video allows the company to seem anti-authoritanian at a time when it's very popular to hate our corporate overlords. It effectively and subtly co-opts our current Occupy zeitgeist; stick it to the Man: Buy Nike!

In essence, Neistat, a skilled social strategist who makes clever videos about getting ticketed for bicycling outside the lane and creating the classic Land O' Lakes girl boobie peek-a-boo, has created an aspirational ad for the 99 percent.