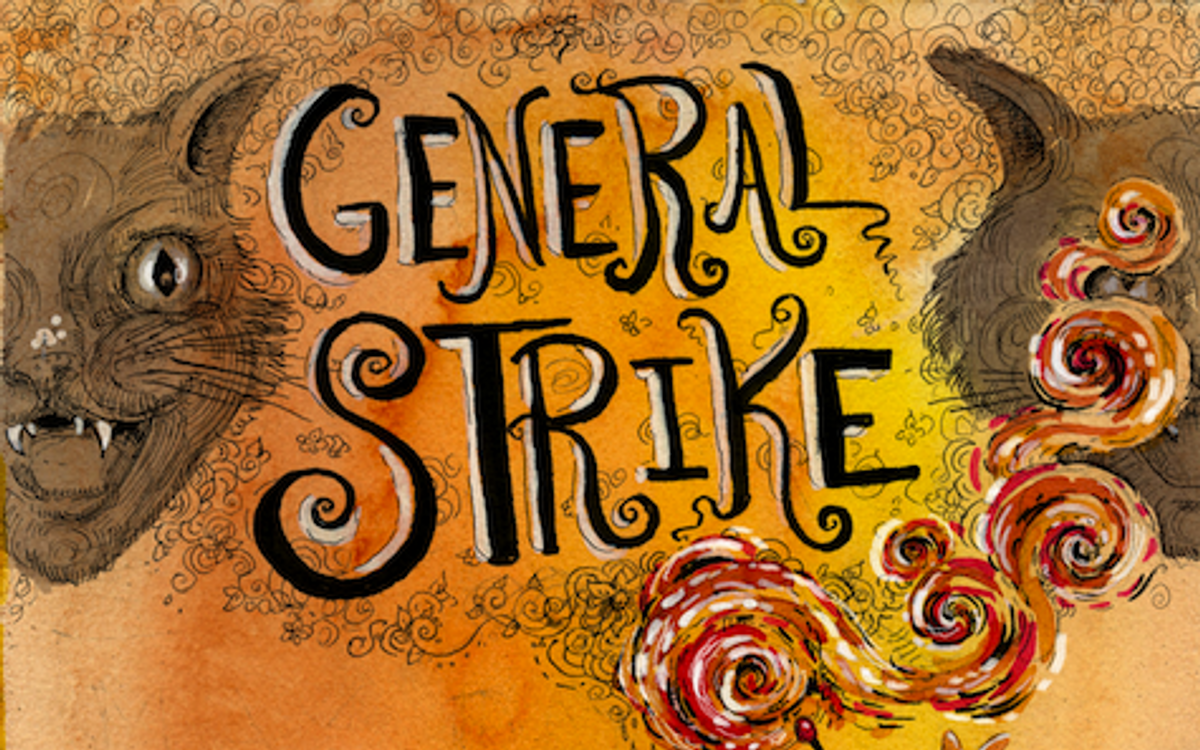 A detail from a poster promoting May 1. General Strike (Molly Crabapple and John Leavitt)
--

As we get closer to May 1, the May Day General Strike, called by Occupy groups and allies around the country, is drawing more and more attention and speculation. Although an immense amount of work is going into march planning, convergences, food provision, school walkouts and ways to encourage people out of work and into the streets, I have no way (or desire) to predict the outcomes of these efforts on May 1 and the days and weeks that follow. As I've noted here before, this general strike will look very different from past ones in American history, as it enlists a largely un-unionized workforce, the under- and unemployed -- and students burdened by unpayable debts.

To get a sense of the diverse ideas that a general strike could represent, we need only look at the types of propaganda emerging to promote May Day. The strike posters -- wheat-pasted on billboards, brick walls and subway stations and shared through Twitter, Facebook and various websites -- suggest a vast array of strike activities. I've put together a slide show of May Day posters with the help of Jesse Goldstein, a New York artist and academic and part of the Occuprint collective (which collects, prints and distributes posters for Occupy by raising funds on Kickstarter). From illustrations evoking kite-flying holidays, to images of dinosaurs riding sharks urging high school students to join a walkout, these posters give some idea of the muftifaceted nature of Occupy's plan.