Words we had after he died

When we lost my husband to cancer, my family's world went upside down. We made sense of it the best we could 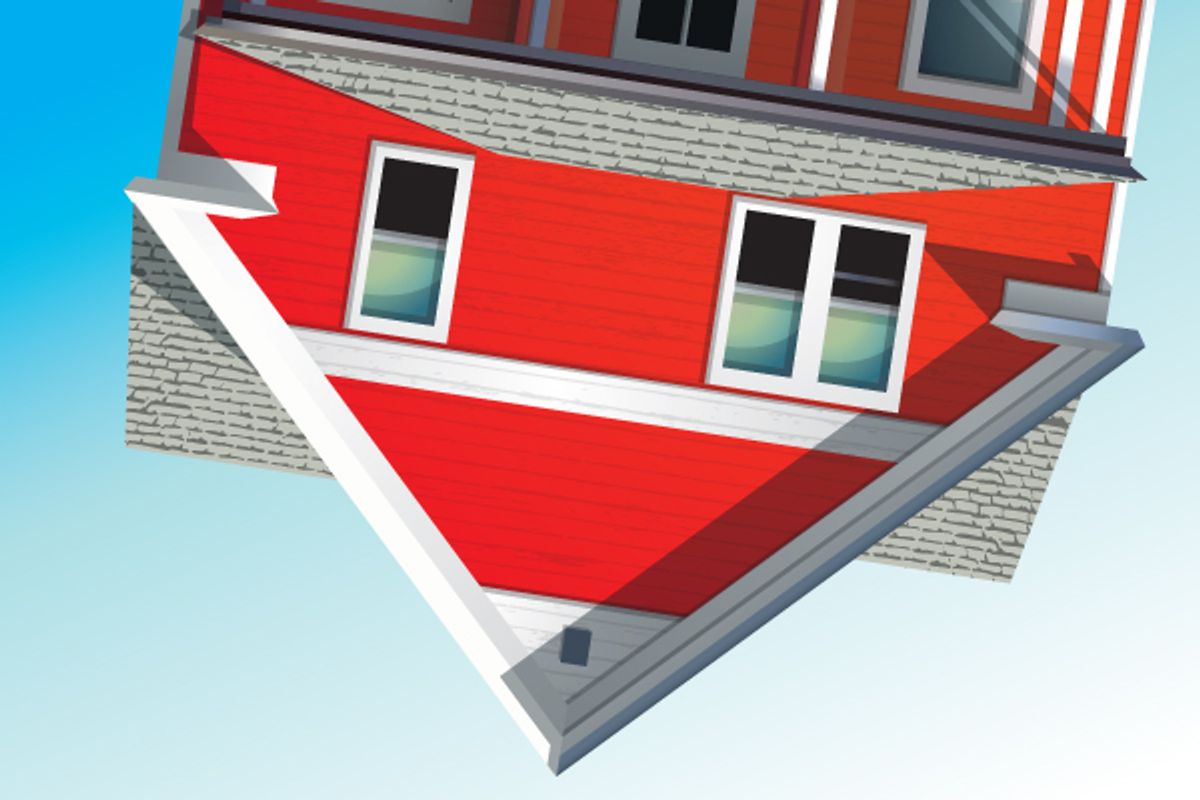 On the day my husband died, our daughter Allison started screaming my name from her bedroom, where she'd taken refuge. I burst open the door, imagining she had hurt herself, but she was just standing there in the center of the room. “Mom. Mom," she said. "You are a widow now. A widow. I don’t want you to be a widow. You can’t be a widow.”  I had to agree: It just didn't seem possible.

I tried to hold her, but she was hyperventilating a bit. "I’m 'the girl whose dad died when she was 13'?" she choked out. "Oh my God. That’s who I am now.  When people ask me what my dad does, or how we get along, or anything, that’s how I will have to answer: ‘My dad died when I was 13.’”

Words. Labels for things, for people. We spend our whole lives making sense of them, I guess. Figuring out which one is the best, most accurate choice.

So many words become insider jargon in families: We are the only ones who know that “black toast intolerant” means “lactose intolerant”; that “minimisize it” means “minimize it,” which big pot is the “pasta pot.” These special languages that families create are another way they are individualized, that a family becomes a unique organism of its own.

Of course "widow" cannot apply to me. That word applies to little old ladies in fairy tales or someone who lives far, far down the street. My daughter cannot be identified forever by this one event.

But she is, and I am a widow, and in the months immediately afterward, we preferred life in the anonymity of Philadelphia over our small South Jersey town where even going to the convenience store means acquaintances’ pseudo-counseling, or others who steal quick looks at us, then look away, as if we are contagious.

The kids learned that word, “walk-up,” and the phrase “wiz wit,” to get cheese sauce and onion on their cheesesteaks, and though they already knew what a contortionist is, and what break dancing is, and what a bong is, they get to see all of these things in Rittenhouse Square Park,  mere blocks from my brother’s place.

They learn these words because I could not sit my children down and say, here are words that changed your life: PICC line, ascites, carcinoid.

When Don was in and out of the hospital, and I learned more and more about his disease, its treatments, their side effects, I thought about language a lot, how I now knew all these words I had never even heard before. The gastroenterology team had to be updated about what the oncology team had said, and the interventional radiology people needed to know his newest albumen levels. There was a note in Don’s chart, “Ask the wife.”

I would sit in the hospital and think about when we were first looking to buy a house, and how I was so proud when I could “speak real estate.” We would go out each evening with our real estate agent and look at six, seven houses a night.  I sat on the window seat of one home, nursed our baby Allison, and Don did a slow walk around the perimeter of the yard.  He came in and saw us there, and said, “Oh, so this is the one.”  And everything felt right and rich and I wanted to go to sleep right there, on the bare wood of the empty house that just that moment had become our home.

Once the house was ours I would wander around Home Depot and marvel at the language spoken there, how I felt like some mole who had just come up from underground to discover a whole other world going on above. The “wife” label, the “mother label,” the “homeowner label” all new; none felt generic, at least to me, they were points of pride and exactly where I wanted to be.

About two months after Don died, the kids and I were at a friend’s beach house and we watched the new version of “Freaky Friday.”  In it, a widow remarries, much to the teen daughter’s (initial) dismay.  When the movie was over, Hayley, 11 years old at the time, said, “Mom. You can get married again. In three years. Don’t get married again for three years.”

Allison stood up and just started yelling at Hayley. “She can’t get married again in three years. She can’t get married again ever. I’m not going to have a stepdad.”  Christopher, only 5 years old, said, “I would like a dad, Allison.”  Allison yelled at him, too, and soon I was saying, over and over, “We don’t have to talk about this right now.”  And none of us could understand what the other was saying.

When Allison was 5 or 6, the boy from across the street, a year older and therefore much wiser, took it upon himself to teach her how to properly pronounce “yellow.” She said “lell-o” and I hadn’t had the heart to correct her. The charm of her mispronunciation mattered more to me. I listened from the kitchen as he broke it into two syllables and made her repeat, again and again, “Yell-oh, yell-oh.” I wanted to rush in and stop him but knew that I couldn’t, that it was time, that it was natural and organic and even lovely that another child would teach her.

In other words, I couldn’t stop her learning, like I can’t stop this, can’t take away this label, this horrifying application of the word “widow,” of the phrase “my dad died when I was 13.”

Life went on and when I’d be out with the kids one or the other would say, when it seemed like all the other families had a mom and dad, “I hope people don’t think we’re divorced.”  Divorce implies decisions, and no choice had been made in the shape of our family.  The use of “we” was endearing to me, and only made my heart break more.  We would go places with my brother Steven and waitresses or ride attendants or whomever would assume that Steven was my husband/their father, make some kind of reference like, “You’ll have to ask your father” when a child asked for more Coke; none of us corrected these ignorant strangers.  The kids were simply more comfortable when we had that male figure with us, when we looked “normal” to the outside world.  They needed my brother as a placeholder for what was missing.

I have my label and the kids have their phrase, “my dad died when I was 13,” or 11, or 5. I fill out forms and I get irritated when the choices are “married” “single” or “divorced.”  But when “widow” is an option -- even now, seven years later -- I think of that first day and Allison’s horror at the term. The kids are now old enough that they have to sometimes fill out their own forms.  They tell me they sometimes write “deceased” and sometimes just cross the father’s info section out. I didn’t know when to take off the wedding ring or what to do with it when I did.  I don’t know when the transition happens between being a widow and being widow-ed.  The label is the label no matter the verb tense.

I have been dating someone for five years and I still choke on the word “boyfriend.” I could not even bring my tongue to the roof of my mouth for the word “love.” I asked my therapist why, when friends all around me profess love within the first two weeks of a new relationship. “What is wrong with me; why can’t I say it?” And she said, “Because you know what it means.”