Guest Post: Getting Sen. Rockefeller to reveal the truth about Iran intelligence nearly lost me my reporting job 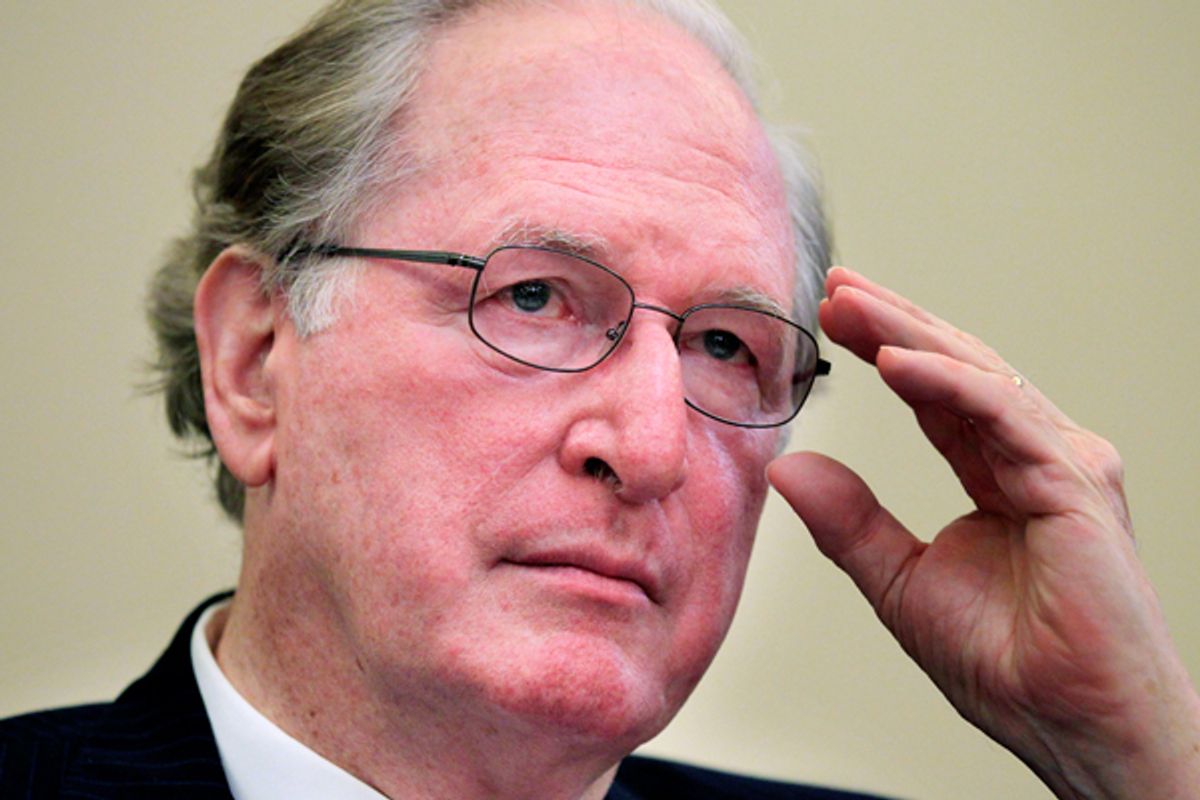 I thought I had done good. As a 22-year-old reporter just out of college, I had just gotten the then-chairman of the Senate Intelligence Committee, Senator Jay Rockefeller, to admit right into my microphone that while he couldn't deny the Bush administration was potentially funding covert – and illicit – acts of war against Iran, he wasn't prepared to do a damn thing about it.

Weeks earlier, in March 2007, investigative journalist Seymour Hersh had reported in The New Yorker that U.S. intelligence officials were telling him that President George W. Bush had authorized support for a lovely little Pakistani terrorist organization called “Jundullah,” or Army of God, to wage a low-level war against the Islamic Republic, from bombing police cadets to assassinating high-ranking military officials. ABC News reported the same thing a month later, noting that U.S. officials said the “the relationship with Jundullah is arranged so that the U.S. provides no funding to the group, which would require an official presidential order or 'finding' as well as congressional oversight,” reminiscent of how the Reagan administration had used proxies “to destabilize the government of Nicaragua in the 1980s.”

Given the enormity of the charges, which if true could conceivably be on par with the Iran-Contra scandal, one might have expected some sort of reaction in Washington. Indeed, if only for partisan gain, one might have expected recently empowered Democrats in Congress to use the reports to go after a president who at the time was about as popular with the increasingly war-weary American public as ice hockey in Sub-Saharan Africa.

Yet the story was met with a whole lot of nothing. As far as I could tell, no reporter even bothered to ask the relevant members of Congress what they thought about the possibility the Bush administration was fighting another war in the Middle East in such a way as to avoid their oversight. So, being earnest and naïve – some things never change – I, a reporter for a now seemingly defunct company called Capitol News Connection that provided reports for public radio stations across the country, thought I'd ask Mr. Rockefeller what he thought about all this alleged nastiness and what, if anything, could be done.

Catching him as he left the Senate chamber, I turned on my microphone and walked alongside him down a set of stairs. “I wonder if you've heard some of these news reports that the Bush administration is backing extremist groups in Pakistan to launch attacks against Iran?” I asked. “Are you familiar with those news reports?”

At first he didn't respond. Maybe he didn't hear me? After what seemed like an eternity, he responded, not so much as looking at me, “I've seen no intelligence that would verify that.” I pressed on.

“Reports quote administration officials as saying this is going on and it's being done in a way avoid the oversight of the Intelligence Committee. Is there any way  – ”

He cut me off.

“They'll go to any lengths to do that,” Rockefeller responded. Here we go, I thought to myself. A story.

“Is there anything you could do in your position as Chairman of the Intelligence Committee to find answers about this, if it is in fact going on?”

Now at the bottom of the staircase, Rockefeller turned and looked at me for the first time. He looked pissed.

“Don't you understand the way intelligence works?” the 6' 6” Rockefeller lectured. “Do you think that because I'm Chairman of the Intelligence Committee that I just say I want it, and they give it to me? They control it. All of it. All of it. All the time. I only get, and my committee only gets, what they want to give me.”

There are very few times in life when being patronized by a powerful person, condescension dripping off every word, makes you feel all warm and fuzzy inside. This was one of those times. Having a microphone helped.

Heading back to my office, I thought I had reporting gold. One of the most powerful men in Washington had just accused the White House of being willing to fight another illegal war without even informing Congress. And he admitted he was – or at least claimed – powerless to stop it, all while being kind of a dick. Perfect for radio.

The reaction I got my from my editor was chilly. “No one really cares about this Pakistan stuff,” he told me. Maybe I could do some reporting about the upcoming Farm Bill instead?

I was taken aback. This was potentially a national story – hell, maybe even an international one – something that could get some attention for a small company looking to make a name for itself. And you want me to report about corn? For about two days, not knowing what else I could really do, I sat on the interview.

Finally convinced that my editor really was going to just let the story languish, I put the interview online, where it was picked up by writer Jonathan Schwarz, who called it an “amazing statement of congressional impotence.” From there it started spreading, finding its way to Harper's magazine in a post entitled, “Secrecy, Lies, and the Covert War on the Constitution,” attorney Scott Horton calling it representative of “one of the great untold truths” of the Bush administration: its efforts to block any and all oversight of its intelligence operations.

Pretty cool, I thought. This was the first time anything I had done had really been noted by anyone. Why, this whole challenging-the-powerful thing almost makes living in the corrupt and humid hellhole that is Washington, DC, worth it. Almost.

My bosses were not quite as thrilled. Indeed, when they found out the story was being picked up by other news outlets – being proud, I had told them – they said “we need to talk,” which anyone who has ever been dumped or fired can tell you is Not a Good Thing. Obligingly, I walked into the office of the company's managing editor, who was joined by my immediate boss who had earlier rejected the story as not newsworthy. They told me to shut the door.

My immediate editor did all the talking. “This is a fireable offense, Charles,” he said, adopting just about the same tone as the subject of my interview. “Senator Rockefeller's people are going to see this. And we need him to talk to us about the Farm Bill.”

Wait, what? Though Hollywood often portrays journalists as courageously speaking truth to power, ever on the prowl for the next Watergate, I knew that not to be the case going in. This was after the media's performance in the lead-up to the 2003 invasion of Iraq, after all. But I wasn't expecting the ass-kissing-for-access part of the job to be stated so vulgarly.

I wasn't fired that day, though I left a few months later. Being young and not having much in the way of other opportunities to interview senators as a 22-year-old, they were presumably confident I had learned a lesson. Which I had: In Washington, it doesn't pay – literally – to question power. Even small non-profits like the one I worked for simply mimic the establishment venues. It's not a story unless it makes The Washington Post and, even then, no one really cares for all that stuff about covert wars and dead foreigners. And if you depend on getting quotes from politicians for your 30-second new reports, making them look bad is simply bad for business.

Since 2007, Foreign Policy's Mark Perry has reported allegations Jundullah was in fact being armed by Israeli Mossad agents posing as members of the CIA, though that could very well be an effort by U.S. intelligence officials to pass off blame for supporting terrorism. At the same time, The New Yorker has published additional reporting from Hersh indicating that the Bush administration was aiding other terror groups at war with the Iranian government, in this case the Mujahidee-e-Khalq (MEK), with Defense Secretary Leon Panetta coyly admitting that when it comes to the assassination of Iranian nuclear scientists, the Obama administration has at the very least “some ideas as to who might be involved.”

Whatever the truth, though, this much is clear: Don't expect members of Congress to do much about it. And don't count on the media to ask them why.