Preserving history, or the 1 percent? 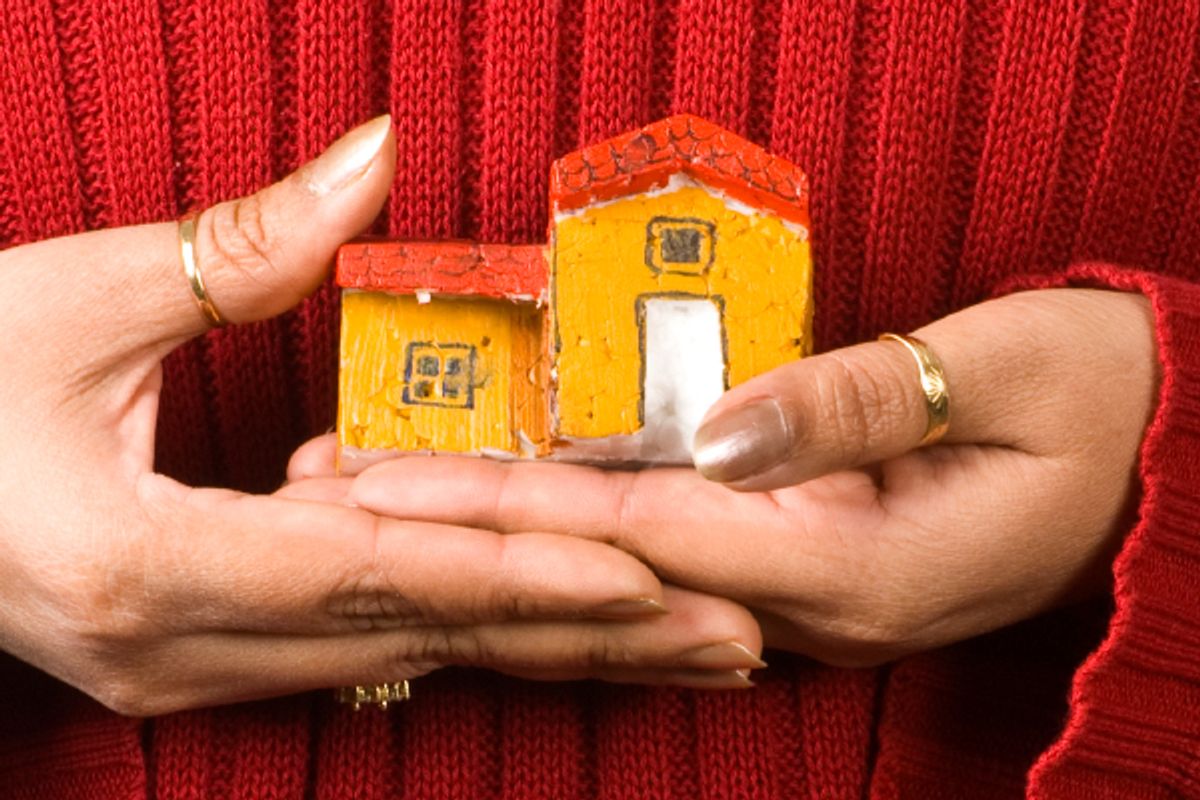 If Amy Poehler's peppy, can-do bureaucrat is the soul of "Parks and Recreation," it's easy to picture the star of a show about a historic preservation commission: a feisty, aging bohemian who long ago traded in her sitar for a shawl, defending her city's charm from greedy developers who hate history as much as they love towers of glass.

It's the sort of character you might expect a Jane Jacobs devotee to follow in lockstep. But the people transforming today's cities don't forge their allegiances so predictably. Now, the developer who wants to demolish a row of historic houses to build a 50-story high-rise might be seen as the true urban savior -- not the preservationist who wants to prevent him from doing so.

To see this shift in action, look no further than the site of Jacobs' most famous battle, Greenwich Village. Fifty years ago, a high-rise urban-renewal project threatened to eviscerate the neighborhood. But local activists successfully quashed it, and the Village, now one of Manhattan's most desirable neighborhoods, has enjoyed historic designation since 1969. The protected area has been expanded twice recently, in 2006 and 2010, and last month, the Preservation League of New York State recommended expanding it once again. The latest expansion would encompass clubs where Bob Dylan and Lenny Bruce once offended upper-crust sensibilities -- which is funny, since the average Greenwich Village apartment now sells for upward of $2 million.

In that outrageous figure, you can see the root of the current backlash against historic districts. When Jacobs' neighborhood was protected in 1969, it was no tony enclave. In fact, the justification for the urban-renewal project was that Greenwich Village was allegedly a slum. But now that the Village is wealthy, suddenly there are three expansions of its protective boundaries in six years. The timing invites cynical conclusions, bluntly summed up by urbanist Alon Levy on his blog last year: "Let us remember what historic districts are, in practice: They are districts where wealthy people own property that they want to prop up the price of."

Restricting development in pricey neighborhoods, the new thinking goes, not only cements a city's best sections as enclaves for the rich, it has wider anti-urban reverberations. It promotes suburbanization by pricing out the middle class. It prevents densification, the greenest, most efficient use of space and the defining characteristic of cities. And less density makes walkable, retail- and transit-oriented neighborhoods harder to sustain (though admittedly, this would never be a problem in a place like the Village, which is already far denser than most cities.)

It's arguments like these that are pushing the usually planning-oriented New Urbanist crowd toward unlikely allies, like free-marketer Edward Glaeser, when it comes to historic districts. Glaeser was a speaker at last year's annual meeting of the Congress for the New Urbanism, where he advocated for his trademark belief that density trumps preservation. "They impede new construction," Glaeser wrote in a manifesto against historic districts in 2010, "keeping real estate in New York City enormously expensive ... especially in its most desirable, historically protected areas."

Glaeser's research showed that condo prices in such districts rose faster than average over three decades, and that their residents grew richer and whiter than the surrounding city. Other economists have asserted that historic districts "squeeze the balloon" -- by restricting the amount of housing in fancier parts of the city, more fancy people must move outward, displacing poorer residents. Even Jane Jacobs acknowledged the importance of density. "Densities are too low, or too high, when they frustrate city diversity instead of abetting it," she wrote in "The Death and Life of Great American Cities."

If anything, today it's the preservationist who is accused as promoting suspiciously suburban-ish values: low-density housing, exclusive enclaves, aesthetics over practicality. But it's hard to believe that Greenwich Village, as it currently exists, could be "anti-urban" in any way. Isn't it exactly what many of us picture when we think of the ideal city neighborhood?

Roberta Brandes Gratz says the market itself shows that people like these neighborhoods as they are, an argument people like Glaeser should love. "Isn't it interesting that the Trumps of the world fight to build these new monstrosities on the periphery of the historic districts?" says Gratz, a member of the New York City Landmarks Preservation Commission until 2010. "They want the value that comes with building on the periphery of a traditional urban district, but they don't want the rules. They want the benefit but they don't want the burden." Gratz doesn't buy the argument that taller buildings necessarily lead to more density, either. "When they build these luxury condos they either have huge apartments or people are buying two and combining them."

Technically, New Urbanist theory is agnostic on the age of buildings -- more important is that neighborhoods be dense, walkable, mixed-use and transit-accessible. And Gratz argues that historic districts preserve many of these qualities. "There's variety, a sense of place, street life, a mixture of uses," she says. "When you develop a new place, you get Battery Park City," Manhattan's unloved outpost of sterile skyscrapers.

Furthermore, old buildings have tangible benefits. "The greenest building is the one you don't have to build," says preservation architect Jeffrey Chusid. He says historic districts yield high-paying jobs as well, since old houses require skilled labor. "When you have to teach people to repair and restore windows, you're creating more local jobs than if you buy windows from a factory in China," he says.

Chusid is a proponent of the idea that historic districts can benefit working-class people. He points to the Main Street Program in Texas, which aims to revitalize cities' declining downtowns. "It's focused on economic development but uses preservation as one of its tools," he says. Chusid has also written about a working-class historic district in Austin, Texas, whose protected status has helped prevent speculative land grabs.

But perhaps the biggest argument for preservation is also the one that sounds the wishy-washiest: People just like old buildings, from brownstones in New York to Victorians in San Francisco. Even Emily Washington, a writer for the libertarian website MarketUrbanism.com, admits they appeal to her, despite herself. "I like historic districts," she says. "But I think it's important to look at the cost of preservation as well as the benefits."

That cost-benefit analysis is tough to pull off. In hindsight, the benefits of saving Greenwich Village from urban renewal in the '60s ended up outweighing the costs. Today, the neighborhood is tremendously loved and as far from being a "slum" as possible. It's also a refuge for the wealthy, however, and could house many more people than it currently does. But maybe the biggest problem with expanding the Village's protected boundaries now is that, in the words of social theorist David Harvey, Manhattan is becoming the world's biggest gated community. Taking steps that will likely make it even pricier could keep its real estate eclectic, but in the process, help make its diversity a thing of the past.

Manny Roth remembers when such diversity -- of races, incomes and general freakishness -- infused the Village back in the '50s and '60s, when he owned Cafe Wha? and the Bitter End. Both venues would fall within the expanded preservation zone if the proposal goes through. Roth (uncle of Van Halen's David Lee) is now 93 and lives in California. But he remembers those days well, when he gave a young man named Bob Dylan, who had just breezed into town, a chance to perform three songs on his tiny stage, as well as Jimi Hendrix, Bruce Springsteen and others who would become legends. "If you go to Cafe Wha? today, my floor is still there, I laid it myself," says Roth, who lived in the club when he first opened it, bathing in the bathroom sink.

Perhaps surprisingly, when told that the city is considering landmarking the area that includes his old clubs, Roth is unsentimental. "What do I care?" he says. "I'm 93 years old. I have my memories." Wouldn't he like to see the city preserve the place where those memories were formed? "Look, most of the greats came from the Village. Cafe Au Go Go was where Lenny Bruce played. Circle in the Square. Le Figaro. The Village Gate. How good does it get? I understand why they want to save it. But that was then."

It wasn't just buildings -- it was a moment in history. "I was in the right place at the right time," he says.

Such a dispassionate attitude, divorced from nostalgia and personal wealth concerns, could ease the process of deciding what to save and what to leave to the whims of capitalism. Landmarking is meant to preserve structures whose loss would be an affront to history. Removing entire neighborhoods from the natural evolution of cities is another thing entirely.