With the help of Virginia Foxx, R-N.C., for-profit colleges are massively ripping off U.S. taxpayers 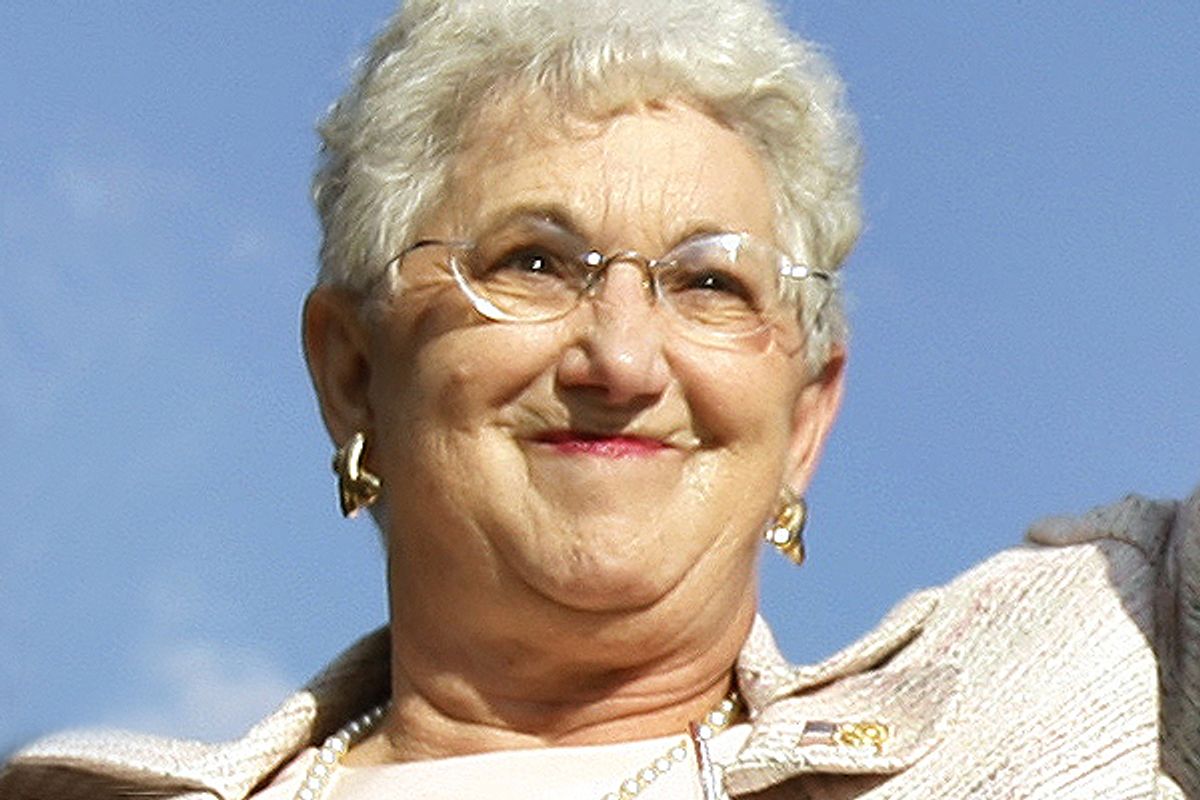 Like so many of the bills passed by the House since Republicans gained the majority in the 2010 midterm elections, the bill was designed to repeal specific actions taken by the Obama administration. In this case, the issue at hand was the Obama administration's efforts to ensure greater "program integrity" in the for-profit educational sector. Specifically, a new federal definition of what constitutes a legitimate academic "credit hour" and a new requirement that all online providers of post-secondary education be accredited in each and every state in which they do business.

Foxx's bill repealed both measures. (The Senate has yet to address the measure.) According to Foxx, the new federal regulations threatened "innovation" in the educational sector. As reported by InsideHigherEducation, Foxx is on record as declaring that for-profit colleges do a "a better job of being mindful about efficiency and effectiveness than their nonprofit peers." By, for example, flexibly providing online education when and where low-income working Americans want it, the for-profit free market delivers the kind of quality higher education that Americans so desperately need. The government should just stay out of their business.

I stumbled upon this story while researching the student loan crisis and at first I was perplexed. I didn't understand why Republicans were opposed to higher academic standards for the for-profit sector, and I didn't get the connection to student loans. But it didn't take much research to discover what was really going on: an example of blatant hypocrisy sufficient to outrage even the most jaded observer of American politics.

The for-profit educational sector is an industry almost entirely subsidized by the federal government. Around 70-80 percent of for-profit revenues are generated by federal student loans. At the same time, judging by sky-high dropout rates, the for-profit schools do a terrible job of educating students. The Obama administration's efforts to define a credit hour and require state accreditation were motivated by a very understandable desire: to ensure that taxpayers are getting their money's worth when federal cash pays for a student's education. In contrast, Foxx's legislation is designed to remove that taxpayer protection. So here's a more accurate title for her bill: "The Protecting the Freedom of For-Profit Schools to Suck off the Government Teat Without Any Accountability Whatsoever Act."

The for-profit educational sector has been growing extraordinarily rapidly for the past decade: 12 percent of all post-secondary students are now enrolled in for-profit schools, up from 3 percent 10 years ago. But the main beneficiaries of the growth appear to be the shareholders and executives of the largest publicly traded for-profit schools, not the students.

The pathetic performance of the for-profit sector in delivering actual degrees becomes all the more alarming when you realize that most of the students who are dropping out paid for their educations with student loans that have to be paid back: According to a report released in the summer of 2010 by Sen. Tom Harkin, D-Iowa, "Emerging Risk?: An Overview of Growth, Spending, Student Debt and Unanswered Questions in For-Profit Higher Education," in 2009, the five largest for-profit schools reported that government grants and loans accounted for 77.4 percent of their revenue.

The Harkin reports comes to a stark conclusion:

The Federal government and taxpayers are making a large and rapidly growing investment in financial aid to for-profit schools, with few tools in place to gauge how well that money is being spent. Available data show that very few students enroll in for-profit schools without taking on debt, while a staggering number of students are leaving the schools, presumably many without completing a degree or certificate.

It is precisely this situation that the Obama administration's efforts to ensure "program integrity" were designed to address. Student loans are tied to credit hours: By requiring a more rigorous definition of credit hour, the administration was attempting to make sure that government money was paying for actual education. Similarly, the requirement that all for-profit schools must be accredited by the individual states in which they do business was a measure designed to keep fly-by-night online schools operating out of states with weak accreditation requirements from enrolling out-of-state students and ripping them off. The issue is not "innovation." The issue is basic consumer protection.

One would imagine that Republicans, who theoretically oppose government involvement in the private sector, and are always looking for ways to cut government spending, would approve of efforts to seek greater accountability for taxpayer funds. Virginia Foxx, after all, was notorious for being one of only 11 members of Congress to vote against a federal relief package for victims of Hurricane Katrina, citing the "high potential for the waste, fraud and abuse of federal tax dollars."

But as it turns out, Foxx herself is benefiting from the waste and abuse of federal tax dollars. Among the top 20 financial contributors to Foxx in the 2011-2012 cycle are the Association of Private Sector Colleges/Universities, the Apollo Group (owner of the University of Phoenix), and Corinthian Colleges. Since federal student loans comprise the vast majority of the revenues of those for-profit schools, it follows that their campaign contributions to Foxx are also made possible by U.S. taxpayers.