Secret Service scandal: GOP gets ahead of the facts

We don't know what happened in Colombia, but GOP congressmen are already talking about unlikely sexual blackmail 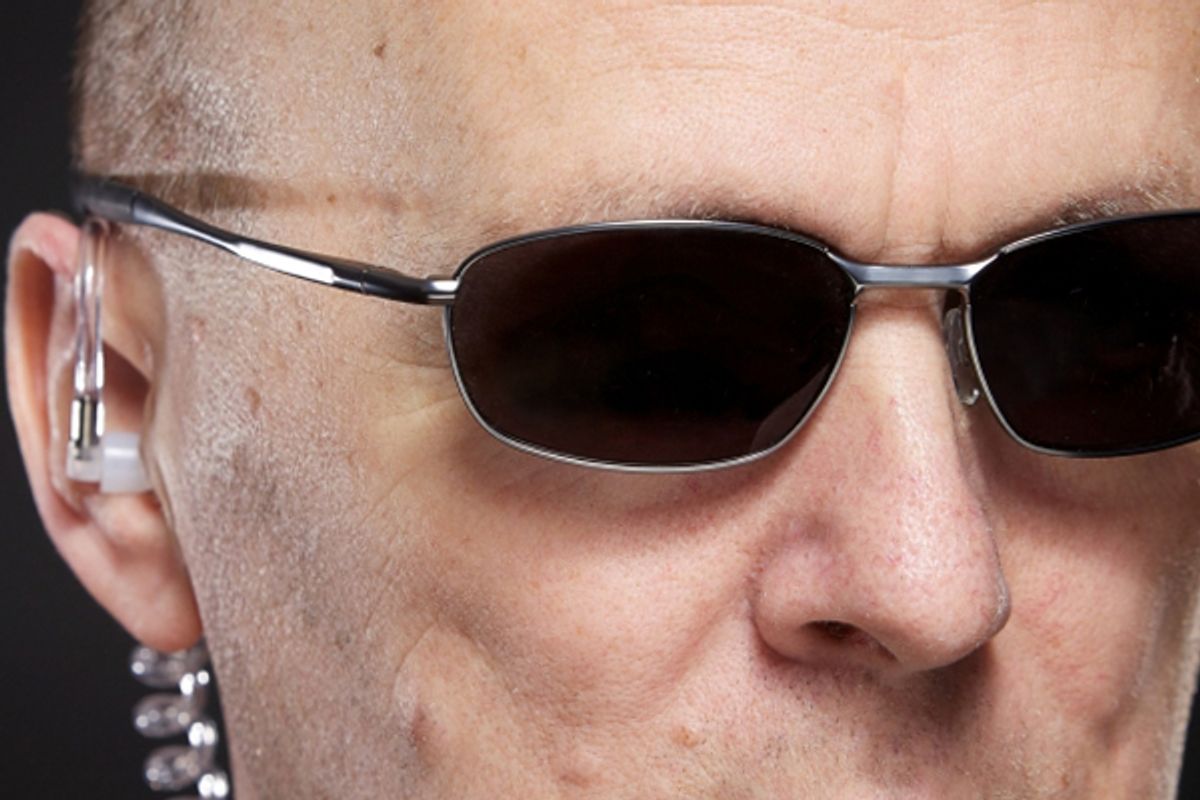 Secret Service agents, with their impenetrable black sunglasses and unwavering stoicism, seem anonymous, sexless beings. They are rigorously trained to sacrifice all, including their lives, in the name of their president. And yet even they, in their nun-like devotion, are vulnerable to the lure of easy sex.

At least, that's the narrative playing out in the news today surrounding allegations of misconduct involving Secret Service agents and a prostitute -- possibly prostitutes, plural -- in Cartagena, Colombia, ahead of the president's visit there. The media has been whipped into a frenzy -- finally, another sex scandal! -- while officials have been quick to offer condemnation, some claiming that the incident could put national security at risk.

Now, before getting all hot and bothered, let's look at the actual evidence that's available: This happened before the president arrived in the country. The agents in question are not members of the presidential protective division. Officials have said that some of the agents under investigation "may merely have been attending a party and violating curfew," according to ABC News. Still, Republican congressmen Peter King (N.Y.) and Darrell Issa (Calif.) have claimed that the incident could leave the agents vulnerable to blackmail.

Dan Emmett, a two-decade Secret Service veteran, disagrees. "I spent six years in the CIA after I left the Secret Service and am well familiar with sexual blackmail espionage," he told ABC. "It is a tactic, but I just don't see that here. The Secret Service is not an intelligence organization, it's law enforcement." He also noted that prostitution is legal in parts of Colombia and that "this is not a criminal conduct type of situation, it's strictly personal conduct." (That's an important distinction -- although it might not spare the agents their jobs: Paul Morrissey, the Secret Service's assistant director, told CNN that the agency has a "zero tolerance policy on personal misconduct.")

Rep. Peter King, who was briefed on the investigation, says a "significant number" of the agents involved brought women back to their hotel on the night in question and that the women are "presumed" to be prostitutes. But it hasn't been confirmed. It's alleged that one of those women refused to leave the agents' room the next morning until she was given money, but we have no clue whether there was negotiation over her services before she came to the room, or why there was an alleged disagreement over, or delay in, payment. Based on news reports, it could be that Secret Service agents had a massive orgy with Colombian prostitutes -- or that one agent had a date that ended with a disagreement over money. We just don't know.