The Tea Party tried to turn the group into the New Black Panther Party, and instead inspired an ongoing backlash 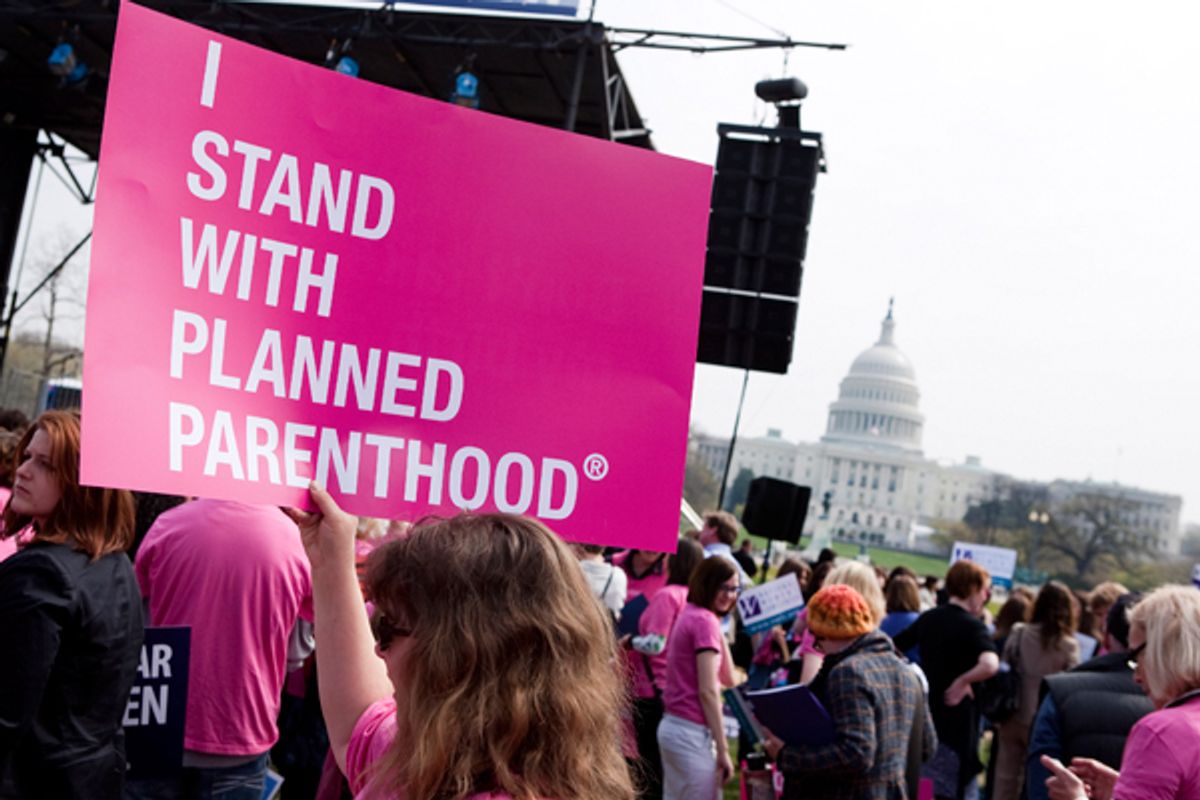 On Thursday I'll be speaking at Planned Parenthood of Illinois' annual gala, and I'm honored. (Tickets are available here.) I've always supported Planned Parenthood, but I think the group has helped change the political debate in this country in tangible ways over the last year or so, and I'm excited to talk about where we go from here.

We also have to thank the Tea Party, of course. My MSNBC colleague Chris Hayes joked on Monday that Tea Party extremists "thought they could turn Planned Parenthood into the New Black Panthers" – that Fox News boogeyman – but they were wrong. When they pushed to defund Planned Parenthood, they touched off a grass-roots uprising to defend not only the organization, but women's health and freedom. It flared up again when Susan G. Komen defunded Planned Parenthood, and Komen had to reverse itself.

I think the attacks on Planned Parenthood are part of what is widening the gender gap behind President Obama. Reading David Corn's absorbing "Showdown: The Inside Story of How Obama Fought Back Against Boehner, Cantor and the Tea Party" (I'll write more on it soon), I was bewildered all over again that House Speaker John Boehner tried to force President Obama to cut federal funding to Planned Parenthood in their negotiations to avert a government shutdown last April. Obama wisely refused.

I'm not going to be partisan in my talk, because there are still Republicans out there who support Planned Parenthood and what it stands for. As Rebecca Traister and I wrote after the Komen debacle, Planned Parenthood was traditionally the staid, bipartisan women's health organization, supported by Republicans like Peggy Goldwater, Prescott Bush and his son George H.W. Bush, Barbara Bush, Betty Ford – and of course, at one time, Ann Romney, and Mitt Romney's extended family. I think it would be good for the country, not just for Planned Parenthood, if believing that women (and men) should be able to plan their families went back to being a bipartisan point of view. Actually, it is still a bipartisan point of view, it's just that Tea Party extremists are trying to hijack the Republican Party and impose a fringe view on the rest of us.

But the double-barrel assault on Planned Parenthood, first by the Tea Party, then by Komen, woke women up to that new radicalism, one that put even contraception access back on the table. (Thanks, Rick Santorum!) I think it also woke up the women's movement to the importance of placing contraception and abortion services in a full spectrum of women's healthcare – as well as in the larger context of the kind of society we want.  In the '70s, the right grabbed the language of morality, love and family as its own. We're taking it back. The assault on Planned Parenthood, and the spontaneous public backlash, reminded a lot of feminists that we're the mainstream -- the Tea Party radicals are not.

I'll be talking about what we do with all that energy in my speech on Thursday. Hope to see some of you there.