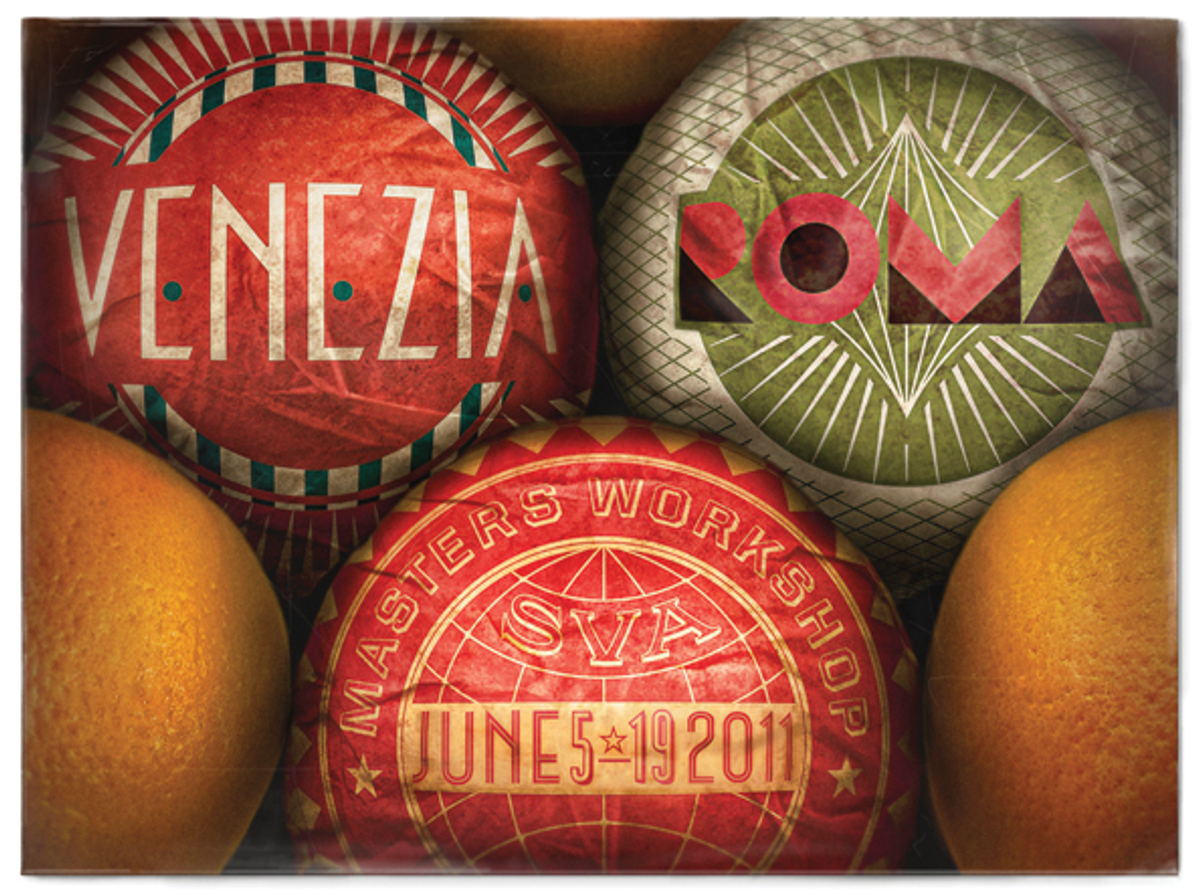 Bach’s “Art of the Fugue” would make an ideal soundtrack to John Passafiume’s meticulous, mellifluous lettering and illustrations. “The baroque tendency to embellish is now considered excessive, but it’s something I happen to take seriously,” Passafiume says. “With Bach, decoration and virtuosity gesture at an abstract whole. The pursuit of, and expression toward, beauty has a redemptive quality which has greatly influenced my own work.”

The Louisville, Ky., native garnered attention with his senior-thesis project at Indiana University, (Process), a massive, hand-drawn homage to, well, the entirety of aesthetic history. In his senior year, Passafiume suffered a rough bout of carpal tunnel syndrome, which led him to rely on a single 0.5-mm Bic mechanical pencil―the only tool he used to create the piece. At its center is a Paul Rand quote (“Without aesthetic, design is either humdrum repetition of familiar clichés or a wild scramble for novelty. Without the aesthetic, the computer is but a mindless speed machine, producing effects without substance”), which Passafiume says he chose because it “highlights the relational significance of form and content, and warns against a passive reliance on the computer.” (Incidentally, Passafiume received a congratulatory package of art supplies from Bic headquarters when they learned of his Adobe Design Achievement Award.)

In his current position as senior designer at Louise Fili Ltd. he produces work―packaging, subway-poster campaigns, book jackets―that aligns seamlessly with the house style. “When I first looked at John’s portfolio, I was impressed by his fine-tuned lettering skills, obsessive attention to detail, and keen understanding of classical letterforms,” Louise Fili says. “I was convinced that he had the right head and hands for the job.”

Indeed, Passafiume’s drawings and lettering have absolute precision without snuffing out their liveliness. “For as long as I can remember, I have been sensitive to the quality of a line,” he says. Zoom in on the utterly analog (Process) and that much is obvious. He might as well be reflecting on the start of what promises to be a long and fruitful career when he says, “(Process) extends the question: Why? It’s about beginnings.”