When your child is gay

Kids are coming out at younger and younger ages -- and parents need to help them. Here\'s how 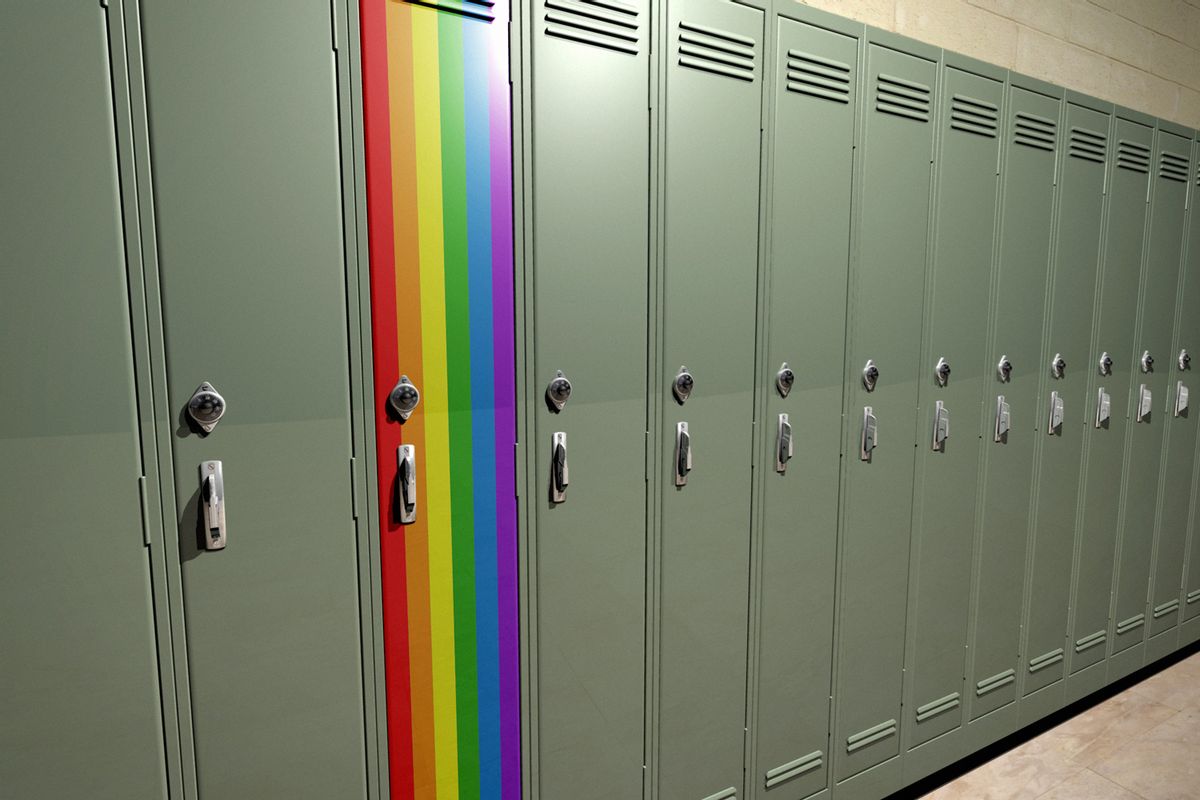 When HuffPo blogger Amelia's son came out to her, she went down to her city's LGBT community center to inquire about any youth groups that might be open to him. "They told me, 'We have a support group for ages 14 and up," she recalls. "I said, 'My kid is 7.'"

Even down at the local LGBT center, it's still unusual to think of a young child as gay. Childhood is, after all, a fairly neutral time, one in which the concept of love is reserved largely for parents and ice cream. But just because a kid isn't yet engaged in the stream of romantic attachment, it doesn't follow that he isn't developing his sense of self. Who you are is not a single adolescent rite of passage like a bar mitzvah or quinceañera. Every gay adult was once a child. And in every classroom and playground in America right now are our future gay adults. So how do we raise those children – and all our children -- in a way that acknowledges and accepts that?

"I think every parent has to step back and say, 'I have an equal chance that any child I bear will be heterosexual or homosexual," says Paul V., who created the Born This Way blog as a showcase for photographs and stories of growing up gay -- and whose book based upon it comes out later this year.

A compelling argument for the persistence of identity, Born This Way is a powerhouse testimonial in words and images. "I knew I liked women at the age of five," writes one woman. A photo at age 6 is accompanied by the words, "Though I didn't really understand it then, I was attracted to Superman." Another contributor writes, "I think I first realized I was gay around 3 or 4, but I didn't know it was called being gay."

Though Paul says he created the site for gay men and women to share their stories, it has also attracted a sizable -- and different -- audience that he hadn't predicted. "Most of the emails off the blog have been from parents who say, 'I see some of these signs in my own child,' and they don't know how to bring it up," he says. "I tell them, just address the topic. Tell your children, 'You can talk to me about anything because I love you.' It's not taboo and it's not dirty and it's not shameful. These attractions and these innate feelings you can't describe -- every kid goes through their own version of them. I think the big mistake these anti-gay people make is to confuse emotions and feelings with sexuality."

When we conflate identity strictly with sex, we make the error of postponing having conversations about sexual orientation. We run the risk of not equipping all our children with the vocabulary for their feelings, and not preparing them for the social storms of middle and high school. When that happens, we wind up losing more children like Carl Joseph Walker-Hoover, a straight-identified kid who was bullied and taunted with gay slurs. He killed himself in 2009, before his 12th birthday.

You'd think that in a world where kids now have far more opportunities to see both gay and straight characters and images, when your daughter is likely having play dates with a classmate with two dads, the notion that a child might be gay wouldn't be so strange or confusing. Yet heterosexuality is still very much the expected course. From before birth, kids are jokingly paired off in future prom dates; they still get more than their share of princesses marrying handsome princes and swashbuckling pirates saving ladies in distress. If you're looking for indoctrination, I think the straights have that one sewn up.

Lauren, who grew up gay in Kentucky in the late 1980s, says, "One of the things that makes it hard on very young gay children is that parents have a tendency to unintentionally force this very straight narrative on them, and to do so even in the face of evidence that said children might not be straight. I was mostly just called a tomboy, and it was assumed I'd grow up and get over it." She advises, "The best things parents can do for both their straight and gay children is just not to presume anything about their kid's sexuality -- and to admit that, even early on, your kid has one. Talk openly -- and casually! -- about gay people. Then, years later, if they realize they're gay, they can just be like, 'Hey guess what? I'm gay!' and their parents can be all, 'Cool!' and they won't build it up in their heads as some arduous, difficult task."

Furthermore, when they have those conversations with their children, parents need to respect what their kids tell them. Amelia, who has been writing about her parenting experience since her son began insisting that "Glee's" Blaine was his boyfriend, says, "I think people are more dismissive of it than anything else. Like, 'Oh, whatever, he's 7. He doesn't know.' I say, this is my child. His feelings are serious to me. What's important is that this is who he sees himself to be, and the last thing he needs is for us to give him the idea that he should be someone else." She tells parents, "The more we take away that stigma and fear and hate, the more and more of those young people who know they are gay are going to talk about it. I get that it's really frickin' unusual to have a 7-year-old who identifies as gay. But I can't help but think this is the tip of the iceberg."

I agree with her. This year, when my elder daughter Lucy started middle school, she promptly formed a close friendship with a gay classmate. Fortunately, she's in a school that has an active anti-bullying curriculum and LGBT resources for kids as young as sixth grade, but it's still middle school. It's challenging for anybody, let alone an 11-year-old child who's out.

The other boys, Lucy says, horse around freely with each other or just can walk together in the halls. But when her friend tries to jump in, the kids are quick to speculate on his imagined hidden agenda. "I feel like that's not fair," she says. "Nobody makes a big deal about who I hang around with." She adds, "Some of the kids are big jerks to him because they're already big jerks anyway. Having one thing to be mean about and focus on makes it easier for them." But it doesn't change her friend. "He knows who he is," Lucy says. That's something that any uncomfortable classmates will just have to get used to.

All kids develop at their own paces, and that includes how they develop in their awareness of orientation. Not every 7-year-old is solid in his gayness or straightness. But what all of us as parents and educators need to do is create space in our children's lives to let them come to their own understanding of themselves. Amelia says, "We need to start parenting equal rights. We need to ask, what kind of message am I sending my kids -- and is that message harmful? I get letters all the time from people saying, 'My dad didn't mean to be awful.'" She reminds parents, "People have been trying to make gay kids straight for a long time and it hasn't been working."

It's a sentiment that Paul echoes. "I grew up in a completely heterosexual society," he says, "and it didn't take. You can believe what you want, but when you've got 600 people on your blog telling you, 'I knew when I was a child,' why wouldn't you believe them?" He adds, "Can you imagine how great and better the world will be when every kid is nurtured young, and isn't quashed until he's 19?"

If we can get past the idea that being gay is something you become one day because you did or didn't play football or dress-up, and past the idea that sexual orientation equals sex, we can conquer fear and homophobia. We can stop freaking out and trying to change individuals. We can grasp that when we're loving and accepting of all people, we're including children in that number. And children need all the love and acceptance we can give them. As Amelia explains, "Parenting is something you choose. Being gay isn't." Then she breaks it all down to its most basic, essential element. "This is our kid," she says of her 7-year-old gay son. "Whoever he is, he's awesome."