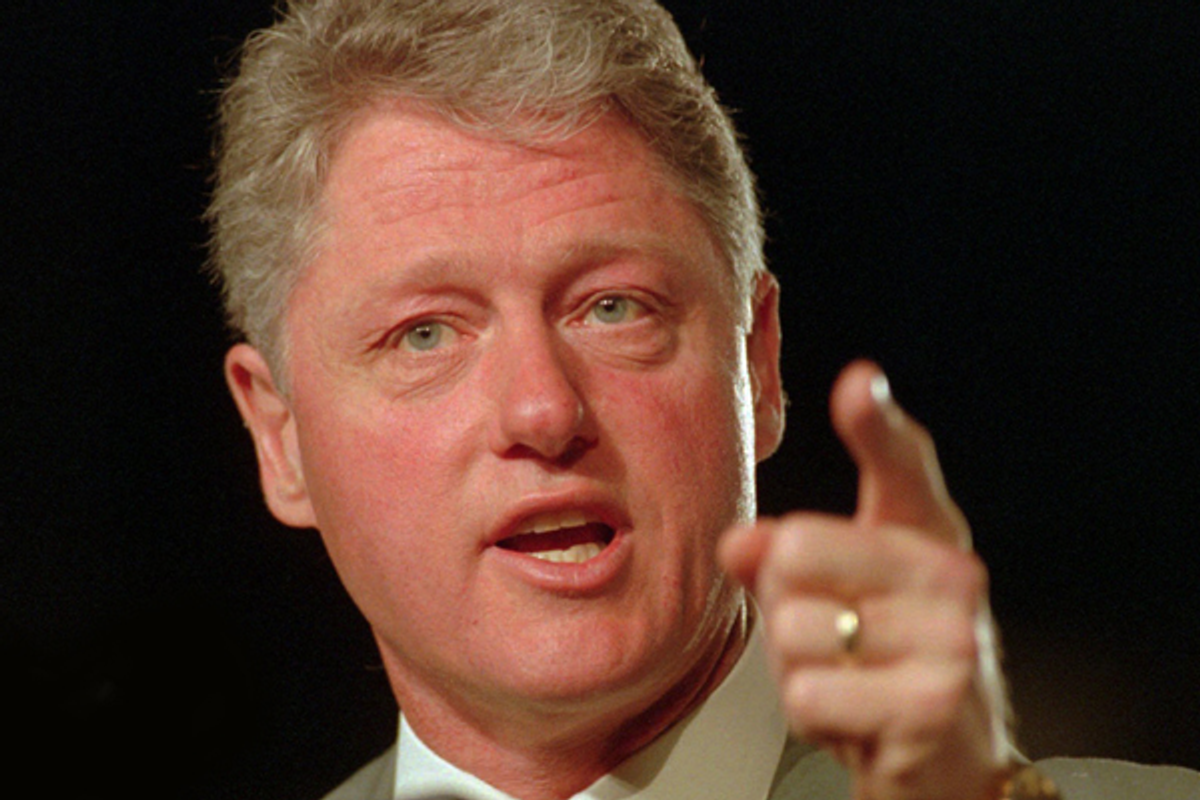 It’s hard to open a newspaper or turn on the TV without being bombarded with narratives suggesting that fiscal policy didn’t work and that we therefore need discipline in the form of balanced budget amendments and debt limits. Even those who see themselves as moderates on the issue are embracing a commitment to “eventually” slash deficit spending once recovery gets underway.

But most of this talk arises from a fundamental misunderstanding about the way debt and deficits actually operate.

When people talk about reducing the deficit, the message is that the U.S. government is running out of money. Virtually everyone in Washington accepts this idea—from the progressive think tanks to the nuttiest free marketeers; from the politicians to NPR’s reporters; from Pete Peterson’s hedge fund cronies to organized labor. All present a unified front against budget deficits—particularly those that supposedly result from “entitlements.”

They all warn we have to cut excessive debt. But what kind of debt? Public or private? And excessive in relation to what? Time? Some threshold?

The truth is that a holder of private debt, like a household, has a very different relationship to debt than a government like the United States, which issues its own currency. For families and businesses, paying back debt means they have to sacrifice current consumption (spending). But the government doesn’t have this same constraint. You’ll rarely hear this stated, but the government’s ability to spend now is actually independent of how much debt it holds and what it spent yesterday. That situation can never apply to a household or business firm.

In today's economy, private debt loads -- those carried by families and businesses -- remain too high while income and employment continue to fall, and delinquencies and foreclosures continue to rise. Even at current depressed prices, assets are overvalued. And because people are continuing to have trouble servicing their private debt loads, that means they can’t spend money, which will further slow down economic activity.

But federal government debt is a different story. Unlike private actors who don’t have the capacity to create money, the government can issue money at the tap of a keystroke, which means that debt service per se is never an issue. The federal government can always create the dollars to "fund" its spending. Consequently, it can spend much more freely to get the economy going. In troubled economic times, that’s just what government needs to do.

Wait—what about inflation? True, if the economy is running closer to full capacity and the government still continues to spend aggressively, this can lead to real resource constraints (and, hence, inflation). And we don’t want that. But this issue, while important, is distinct from the issue of national solvency in the U.S., despite the claims of many disingenuous economists and politicians to the contrary.

Think of federal budget deficits themselves as barometers of economic activity: when economic activity declines, tax revenues plunge and social welfare expenditures rise as more people are thrown out of work. As a consequence, in bad economic times, there are higher deficits; conversely, when prosperity returns, deficits decrease. This dynamic means that social welfare expenditures are even more necessary during difficult economic times because they help people buy goods and services, which has to happen unless we want the economy to come screeching to a halt and head towards another Great Depression.

Let’s take a look at the onset of the current crisis. In the aftermath of the Great Recession of 2007, the U.S. government budget moved sharply to large deficits. While many attributed this to various fiscal stimulus packages (including bailouts of the auto industry and Wall Street), the largest portion of the increase in the deficit came from what economists call “automatic stabilizers”—things like unemployment benefits that have to kick in when a downturn occurs. They had little to do with discretionary spending.

And if we go back even earlier, the boom times of the 1990s and the 2000s was largely a product of massive private sector debt growth, not excessive or "unsustainable" government spending.

During the Clinton years, the federal government was running the biggest budget surpluses it has ever run. Everyone thought this was great because it meant that the government’s outstanding debt was being reduced. Clinton even went on TV and predicted that the budget surpluses would last for at least 15 years and that every dollar of government debt would be retired.

Everyone celebrated this accomplishment, and claimed the budget surplus was great for the economy. But the reality was that the budget surplus meant that the private sector was running a deficit. Households and firms were going ever farther into debt, and they were losing their net wealth of government bonds.

By the same token, the expansion had been led (mostly) by the 2000s housing boom, during which households borrowed (and spent) on an unprecedented scale. In other words, it was private debt that created the conditions for the boom.

So the next time someone starts railing about the evils of “debt” and then immediately advocates yet more government spending cutbacks, ask how we reduce our private debt loads at the same time. Common sense suggests that a drop in private income flows while private debt loads are high is an invitation for people to default on their debts and suffer widespread insolvencies. This would change, of course, if creditors were generously willing to renegotiate existing debt contracts en masse. But this has clearly not been the case thus far during the “recovery."

How Can Families and Businesses Pay Down Debts?

If we had a boom in exports, our economy would certainly get humming again. Possibly, the public budget balance could actually go towards surplus and households and businesses could save.

But here’s the problem: It’s all very well to suggest that we in the U.S. should export more, but it takes two to tango, and if our trading partners (such as Germany, Japan or China) do not want to increase U.S. imports, there’s very little we can do. There is also the issue of restrictions we impose on ourselves. China would glad buy tons of our military hardware, but we restrict its sale on the grounds of national security. Since this is one of the areas where the U.S. literally has a “cutting edge”, it makes export growth even more problematic.

Finally, you run into the old fallacy of composition argument: not every country can be a so-called “export superpower” as our president keeps urging. As an example, consider Germany, which refuses to even run a current deficit with its fellow European Union “partners” (even though this is arguably in Germany’s economic self-interest, as it would mitigate some of the strains currently being experienced in the eurozone periphery). Do we seriously expect the Germans to run big trade deficits with the U.S.?

Which brings us back to the government again: The whole boom of the 2000s (and more broadly the growth process that emerged at the end the early 1980s) was based on household borrowing and the continuation of people spending above and beyond their income. Because of the large sums of debt that households and businesses took on, they are now having to save. A good place to start recovery efforts, therefore, would be by promoting policies that favor full employment so that households have money to pay down their debts and the ability to consume again.

Spending and debt are necessary in any economy. The key question is which sector should carry the burden: families and businesses, or the government? When we try to cut all kinds of debt at the same time, public and private, we invariably place substantially greater burdens onto families and businesses and, in the process, raise government deficits. A pretty nonsensical approach, isn’t it?