Petraeus and the signature of U.S. terror

The CIA pressures Obama to step up indiscriminate attacks in Yemen 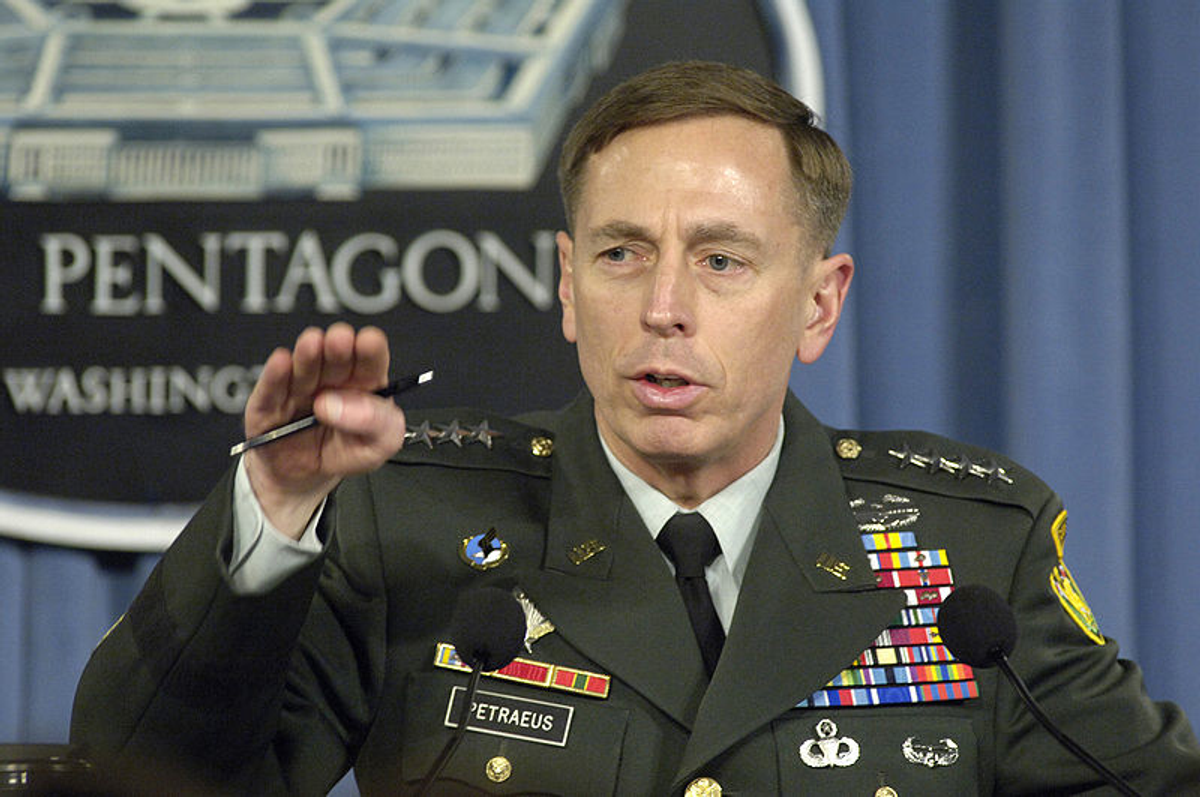 Greg Miller of the Washington Post reports on the White House debate about CIA director David Petraeus' request for a homicidal escalation of the CIA drone war in Yemen.

The CIA is seeking authority to expand its covert drone campaign in Yemen by launching strikes against terrorism suspects even when it does not know the identities of those who could be killed, U.S. officials said.

Securing permission to use these “signature strikes” would allow the agency to hit targets based solely on intelligence indicating patterns of suspicious behavior, such as imagery showing militants gathering at known al-Qaeda compounds or unloading explosives.

The brutality of "signature strikes" is not new for the CIA leadership. As the London-based Bureau of Investigative Journalism has reliably reported, "signature strikes" have regularly targeted funeral ceremonies in Pakistan. The amorality of the U.S. actions is chilling. An alleged militant is killed by a U.S. drone. Then when his family and friends try to come to mourn him, the U.S. attacks the gathering from the sky, on the grounds that attending an al-Qaida funeral is evidence of hostile intentions toward the United States. In one such attack reported by the New York Times in June 2009, 60 people were killed. Local press accounts of the incident, cited by BIJ, put the death toll at 83, 45 of whom were non-combatants. It is said that 10 were children.

The Post story indicates that the efficacy and wisdom of such tactics is now being debated in the White House. Obama has defended the drone war on the grounds of its specificity.

"Drones have not caused a huge number of civilian casualties," he told a questioner at an online forum. ‘This is a targeted, focused effort at people who are on a list of active terrorists trying to go in and harm Americans."

It seems Petraeus and his allies in the current inter-agency debate do not want to be constrained by a list. They calculate if the U.S. slaughters a particular crowd of people at an al-Qaida funeral, they are sure to kill men plotting to attack the United States. The logic, if not the morality, is persuasive: If you kill the certainly innocent, you will also get some of the presumably guilty.

This is also the logic of terrorism, which is one reason why the defenders of "signature strikes" prefer that their names not be published in the Washington Post.

U.S. officials said the agency killed more senior al-Qaeda operatives there [Pakistan] with signature strikes than with those in which it had identified and located someone on its kill list.

Why these "U.S. officials," who may include Petraeus, approved of the illegal leaking of this classified information to the Post, is inevitably hazy in a story dependent on anonymous sources. It appears Petraeus trying to overcome reluctance of the Obama White House to expand the use of signature attacks. It may be that White House officials are trying to shed public light on the CIA practices the better to resist their use in Yemen.

A senior administration official, who like others spoke on the condition of anonymity to discuss sensitive internal deliberations, declined to talk about what he described as U.S. “tactics” in Yemen, but he said that “there is still a very firm emphasis on being surgical and targeting only those who have a direct interest in attacking the United States.”

Surgical strikes, otherwise known as "profile strikes," are directed at a specific person, known or suspected of planning attacks. These too have killed non-combatants but their morality seems more defensible. Signature strikes are intentionally less discriminating and more lethal. That, it seems, is precisely why the CIA and Petraeus want to introduce them to the battlefield of Yemen.

Some U.S. military commanders recognize the folly, if not criminality, of such a strategy. Dennis Blair, four star admiral and former director of National Intelligence, called for scaling back the drone war last year:

... as the drone campaign wears on, hatred of America is increasing in Pakistan. American officials may praise the precision of the drone attacks. But in Pakistan, news media accounts of heavy civilian casualties are widely believed. Our reliance on high-tech strikes that pose no risk to our soldiers is bitterly resented in a country that cannot duplicate such feats of warfare without cost to its own troops.

But the "bitter resentment" of the family and friends of innocent people killed from afar does not overly concern the CIA. This is the sort of argument that Petraeus must overcome if the Agency is to expand the terror tactics of the drone war to another battlefield.