North Carolina's Virginia Foxx supports schools that profit from loans, while attacking the students who borrow 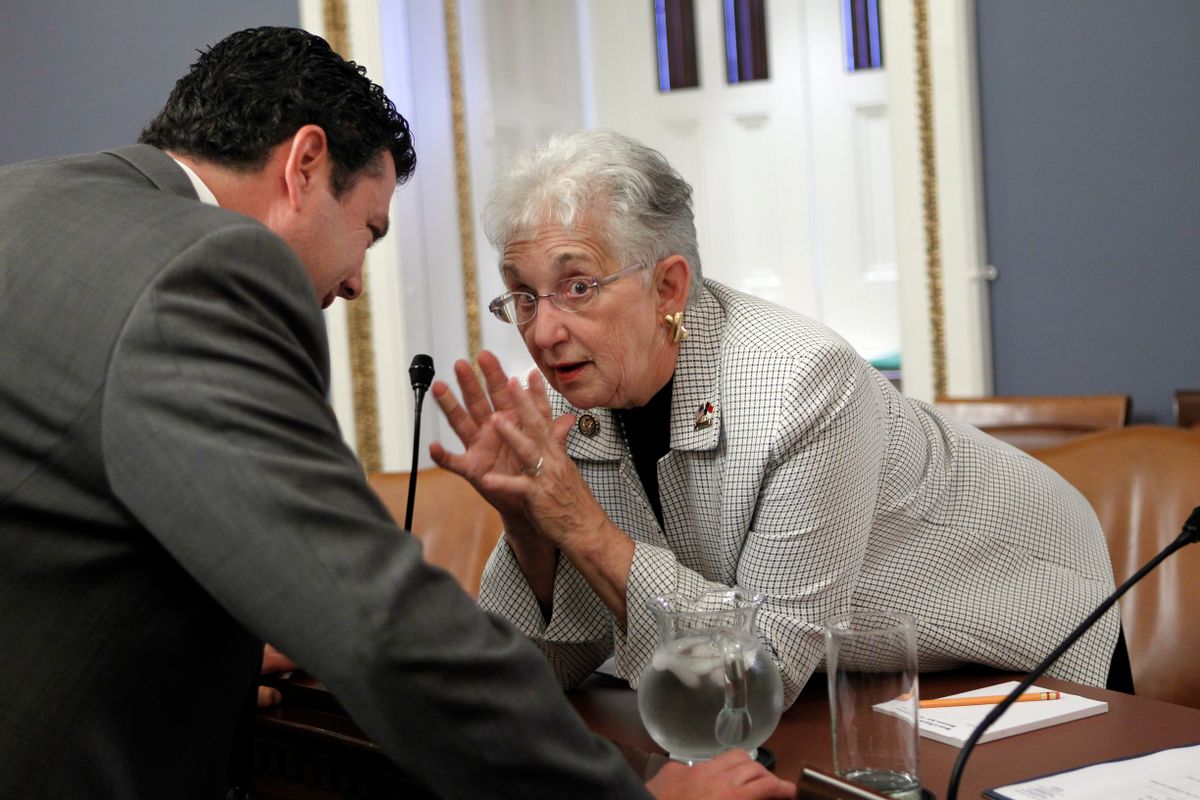 Compassionate conservatism, this is not. Virginia Foxx, the conservative North Carolina Republican who has been working so diligently to defend the for-profit college industry's right to rip off the American taxpayer, said some unkind things about students who take on too much debt on the Gordon Liddy Radio Show last Thursday.

I went through school, I worked my way through, it took me seven years, I never borrowed a dime of money [...] I have very little tolerance for people who tell me that they graduate with $200,000 of debt or even $80,000 of debt because there’s no reason for that. We live in an opportunity society and people are forgetting that. I remind folks all the time that the Declaration of Independence says "life, liberty, and the pursuit of happiness." You don’t have it dumped in your lap.

At The Quick and the Ed, Rachel Fishman provides some useful context: When Foxx attended the University of North Carolina in 1961, tuition for one semester was $87.50.

To be fair, prices have gone up a lot since 1961. If you take that $87.50 and adjust it for inflation, the actual dollar amount is a whopping $671.30 per semester. Including tuition and fees, Representative Foxx would have paid $279 for the academic year—about $2,140 today. That’s about equivalent to what students pay right now at community colleges, not public four-year institutions—especially not public flagships.

And that's getting off relatively cheaply. In California, it's five times more expensive to go to the University of California now than it was in 1975. Nationwide, tuition costs generally rise at about twice the rate of inflation.

But betraying basic misunderstanding of the changing economics of college is hardly the worst of Foxx's sins. By trashing students who take on too much debt, Foxx is also trashing the basic business model of the for-profit colleges she has fought so hard for. As reported in Salon on Monday, between 70 to 80 percent of the revenues of the largest for-profit colleges come from federal student loans. If the low-income students who attend those schools stopped borrowing money, that revenue stream would dry right up. Shame on you, Virginia!