Decorative arts from the world's fairs 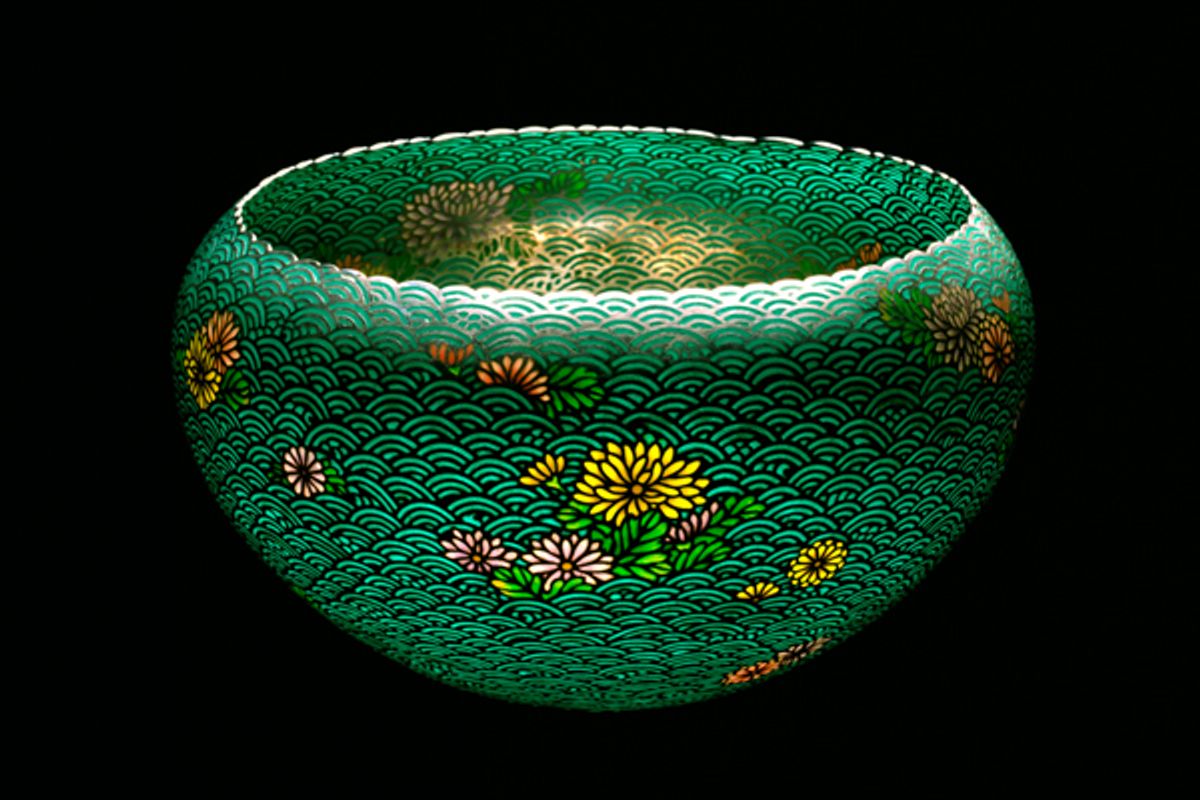 Their parents and grandparents may have fond memories of attending world's fairs, but most modern kids won't come closer to such grand, old-fashioned expo-style events than the classic movie "Meet Me in St. Louis."

A new exhibition at Kansas City's Nelson-Atkins Museum of Art aims to resurrect the excitement and international flavor of these blockbuster expositions, appealing to nostalgic older generations and curious youngsters alike by celebrating 90 years of beauty and technological innovation in the decorative arts.

Over the phone, curator Catherine Futter explained the show's inspiration, lengthy gestation and throwback structure. Click through the following slide show for a glimpse of the treasures on display.

How did this exhibition come about? How long have you been working on it?

Well, I went to two world's fairs: I went to the 1964 New York World's Fair, and then I went to Expo '67. So my love of world's fairs started when I was very young. And then when I was in graduate school, I wrote a paper about the architecture of the 1867 fair, because it was the first time that there were national pavilions ... Then I worked at the Minneapolis Institute of Arts in the '90s, and we started collecting decorative arts that had been shown at world's fairs, and realized that they were sort of the epitome of design, of technological innovation. That got the idea bubbling forward, and then about four years ago, we partnered with the Carnegie Museum of Art [in Pittsburgh], and that really got the exhibition going. That's the timeline.

Before [the first world's fair in 1851], you had to go to different places [to see products from different countries]. If you wanted to go to trade fairs, they were national, as opposed to being about international competition and international mass communication, and dissemination of style, taste, education and, of course, manufacturing.

First of all, [because it marked the beginning of] the Second World War. Second, all of the fairs really shift after that point. They become much more about ideas, and less about the products that were presented. So that seemed like a good closing point.

Can you describe how the exhibition is presented? You're featuring works from all over the world inside the museum -- but you've also built a real pavilion outside, right?

Exactly. The exhibition at least begins by re-creating the atmosphere of the world's fairs. It's still very object-driven; I shouldn't let you think that it's a playground or anything like that. But as you walk in, there's a five-minute loop of vintage footage from world's fairs from 1900 to 1939, [which shows that] these were incredibly popular, well-attended and very diverse kinds of events ... The palette of the galleries changes from dark tones to tertiary tones to very bold colors -- basically, white with bold accents of dark blue and orange, which were the colors of the New York 1939 fair ... The whole way that the exhibition is laid out is echoing what was going on in the fairs.

We have three areas of music -- not opera, not really high-style music, but things that were popular in the period. We also have some activities for our visitors; the first one involves 3-D technology in the time period of 1851-1939, because stereoscopes were introduced around 1851, and there were a lot of views of world's fairs: the architecture, the people, buildings, the fans. People will have vintage stereo-viewers or stereo-cards to look at. And also, View-Master was introduced in 1938-39; one of the very first series was views of the New York World's Fair of 1939 ...

And finally, there's the pavilion, which [looks at the theme of "What is innovation today?"].

The world's fairs frequently presented new technology, but also celebrated the best of the past. How does that contrast play out in terms of the items on display here?

One of my theories is that if an object is very innovative in its style, then it tends to use very traditional materials or technologies -- and if it's very innovative in its technologies, then it tends to be more traditional in its style. Salviati glass stands, for example, [represent] the revival of 16th and 17th century Venetian glass techniques, but their scale and even some of their forms are more innovative. With the innovative techniques -- like a papier mâché piano, for instance -- [sometimes you see] a  more traditional form made of innovative materials. One of the things that I really like about our layout is the fact that [your encounters with the material might be sort of surprising]. A work may seem traditional to you -- maybe it looks like hand-painting on a vase -- but then it turns out it's chromolithography on ceramics. Or acid etching on glass, even. It makes you think about how things were made.

I know that you gathered these objects from many different countries. Do you think it will be clear to people what they communicated about their countries of origin at the particular time that they were made?

I think one of the things that people will learn from the exhibition is that a lot of the countries -- especially Japan, but even the European countries and American countries -- were, by absorbing the other cultures, making them their own. So when the Japanese are catering to the Western market, their work might look Japanese to us, but to the Japanese it looks more Western. There's a Japanese vase that is in the Philadelphia Museum of Art, and it was purchased from the 1876 centennial. The form is Japanese; the decoration in terms of subject matter is Japanese, because it's samurai fighting among the cherry blossoms; yet it is the Japanese doing Japanese art as seen through Western eyes, or European eyes ... It would never have looked Japanese to a Japanese person. The whole palette has got purples and pinks and yellows that just weren't even in the palette of the Japanese ceramic artists until the 1860s and '70s, when a German chemist went to Japan, bringing German chemical glaze technology. That, to me, is the quintessential object of the exhibition -- because it telegraphs to people that it's different and new, but it's got all kinds of other layers in it.

How did you choose which individual works to include?

There were probably tens of thousands of things we saw. Just in Nuremberg, in the Germanisches Nationalmuseum, there were 1,750 objects that were purchased from the 1873 Vienna exhibition. Obviously, not all of them have made it to today, but many of them have. The exhibition's co-curator, Jason Bush, and I went on five trips of varying length all over Europe, plus additional trips that we made independently -- and then we went through collections in this country as well. We also wrote to Australia and other places further afield, but shipping costs made those objects price-prohibitive. We really let the objects drive what we were going to do. We knew that "innovation" was our key word, and through that we let what we saw out there tell us what the other themes were going to be.

There's another important part of this, which is that these objects that we saw had already been chosen by directors and curators of museums. So they already had a process of selection. And then we, as curators in the 21st century, made that second choice. You could do a whole, completely different exhibition on gold prize winners at the fairs. Most of the juries who gave out the prizes were composed of the people who exhibited -- so that would give you a very inside-manufacturing point of view. There's nothing wrong with it, it's just a completely different exhibition.

One of the reasons we brought the exhibition up to 1939 is that some of the objects in the exhibition are still in production today. These object still are relevant to the way we live.