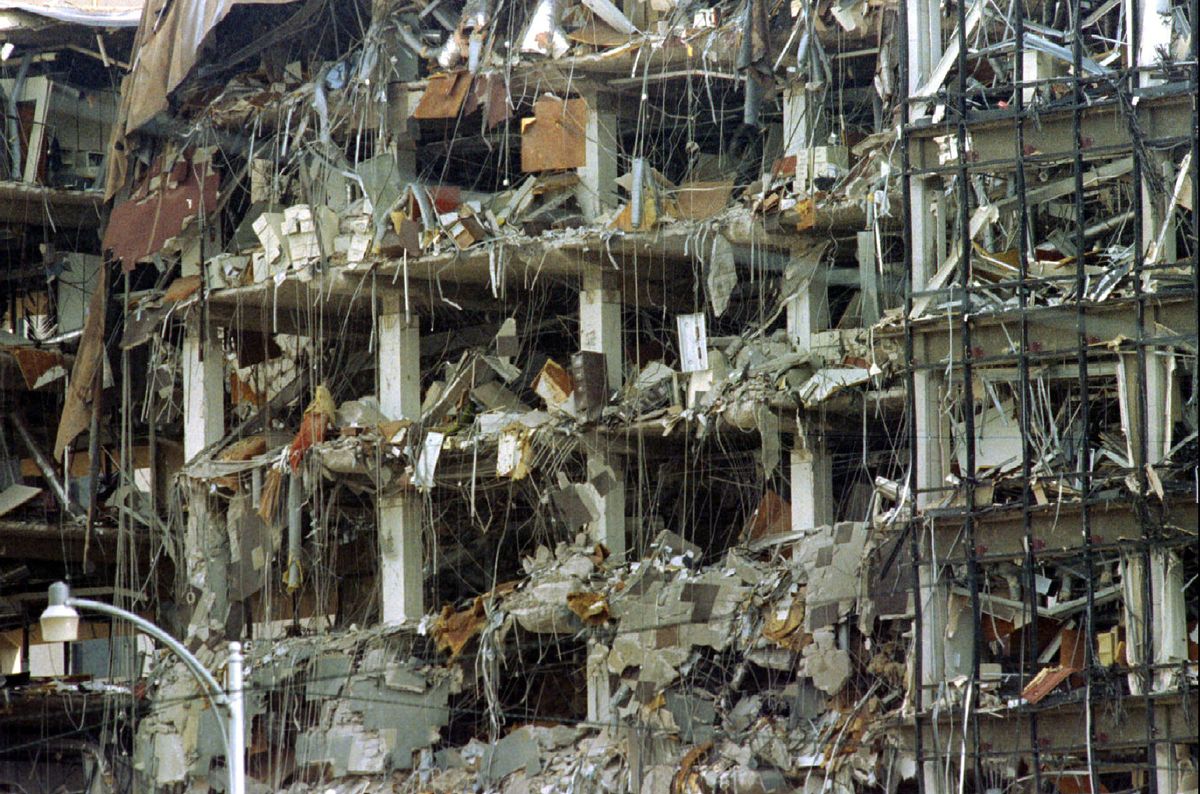 In the hours after the 1995 bombing of the Murrah Federal Building in Oklahoma City, cable news breathlessly reported that authorities were searching for three Middle Eastern men supposedly seen fleeing the scene. True, this was just two years after the bombing of the World Trade Center by a Islamist cell led by Ramzi Yousef, but even so, the notion that foreign terrorists would target an ordinary office building in the middle of flyover country was far-fetched. Yet not as far-fetched, it seems, as the idea that Americans would do it, and end up killing 168 of their fellow citizens, 19 of them little children.

An FBI agent from Dallas, Danny Coulson, knew better. As Andrew Gumbel and Roger Charles relate in their impressive new book, "Oklahoma City: What the Investigation Missed -- and Why It Still Matters," Coulson jumped in his car and headed to Oklahoma City as soon as he heard about the bombing, fielding a call from a CBS correspondent along the way. She told him "everybody in Washington" said the perpetrators were Middle Eastern, but he said no way. "It's a Bubba job," he told her. "It's Bubbas."

It was Bubbas. But how many of them? Timothy McVeigh was convicted on 11 counts of murder and conspiracy and was executed for his role in the crime. Terry Nichols, who helped McVeigh construct the truck bomb, is still in federal prison serving a sentence of life without parole. A third conspirator, Mike Fortier, received a reduced sentence (and immunity for his wife, Lori) in exchange for testifying against the other two. Officially, these are all the parties responsible for the bombing, the most devastating act of terrorism committed in this country until 9/11. But many, many people are not satisfied with the official account.

Of course, a lot of these malcontents are cranks, offering paint-by-numbers scenarios in which 1) the attack really was "Middle Eastern" after all and 2) the government rigged the whole thing in order to discredit the right-wing militia movement to which McVeigh and Nichols belonged. Gumbel, an investigative journalist, and Charles, a former Marine Corps lieutenant colonel who consults with national news organizations on military and national intelligence stories, are obliged to distinguish themselves from such fantasists. Nevertheless, they assert, there are good reasons to feel "skeptical that all the perpetrators have been caught," a sentiment they say is shared by many of their sources both outside the government and within it.

Their argument, unlike other conspiracy theories about Oklahoma City, is not outlandish. Gumbel and Charles (who also worked as an evidence analyst for McVeigh's defense team) suspect that McVeigh had other accomplices in planning the attack, in assembling the materials for the bomb and in planting it on April 19. This help came from several nodes in a loose network of right-wing extremists -- gun nuts, would-be-revolutionaries and separatist Christian sects -- who have never been fully investigated or called to account.

Not a fanciful change, but at the same time a bold one, given that the multi-agency federal investigation collected a Brobdingnagian quantity of evidence: 13 million hotel and motel records, 6 million truck rental records, 28,000 interviews -- an estimated 1 billion pieces of information. Yet for all this exhaustiveness, certain promising trails in the investigation went largely unexplored: over 1,000 latent fingerprints found in McVeigh's car and motel room, for example, as well as his links to a gang of bank robbers belonging to the Aryan Republican Army, a rich gun dealer and a creepy fundamentalist compound called Elohim City.

The authors believe that federal agencies, shamed and stinging after bloody clashes with right-wing militants at Waco and Ruby Ridge, preferred not to mess with leads that might end in further confrontations. The prosecution concurred, having tried and failed in an earlier sedition trial against similar militants. They felt they'd learned not to test a jury's ability to follow complex conspiratorial narratives with too many characters, or that asked it to believe that trash-talking backwoods paranoids could pose a serious threat to the U.S government.

"Oklahoma City" compiles a hefty collection of those unplumbed leads, some of it gleaned from newly released files and a jailhouse interview with Nichols that, they report, went into "great detail." Given the milieus McVeigh and Nichols frequented, there are enough freak-show touches to keep an FX drama stocked for three seasons: a double-wide trailer full of snakes, a neo-Nazi with a secret life as a cross-dresser, a hot blonde with a swastika tattoo who agreed to act as an informant for the Bureau of Alcohol, Tobacco and Firearms, and so on. The authors refrain from milking this material for all its lurid charm, but somehow their deadpan delivery only makes it more grotesque.

They have excellent reasons for not treating this pack of alienated misfits as merely contemptible. As Gumbel and Rogers point out, McVeigh and many of his pals were veterans whose Gulf War battlefield experience left them with both military skills and emotional damage. "It is not difficult to see," they write, "how new McVeighs could emerge from the wars in Iraq and Afghanistan, the lingering devastation of the 2008 economic meltdown and the anti-establishment rage embodied by everyone from the Tea Party and Occupy Wall Street to the violent racists threatening to put a bullet in the brain of America's first black president."

The book does suffer a bit from its authors' submersion in the story. The narrative thread -- so necessary for readers whose memories of the attack and investigation have faded -- occasionally gets lost as they jump around chronologically to demonstrate the shakiness of some points in the government's version of the story. Still, it's shocking to learn that over two dozen eyewitnesses reported having seen McVeigh with at least one other person on the morning of the bombing, contradicting the prosecution's assertion that he acted alone on that day. Eyewitness testimony is notoriously unreliable, but that's a lot of people, and the ones the authors describe in detail had direct, highly memorable encounters with the bomber(s).

Perhaps the most persuasive aspect of "Oklahoma City" is its refusal of paranoia. The typical crackpot conspiracy theory relies on a masterly, Luciferian characterization of the conspirators, who are invariably depicted as puppet masters capable of pulling off elaborate illusions, feints and coverups without a hitch. As Gumbel and Rogers tell it, the bombing investigation fell short of discovering the truth because of sloppiness, failure of will, self-serving intra-office politics and, above all, idiotic and obstructive turf wars among law enforcement agencies. Now, that sounds more like the government that left us vulnerable six years later and that may well let us down again.