The U.S. already has flat taxes. But conservatives, like Pat Tiberi, are still clamoring for cuts for the rich 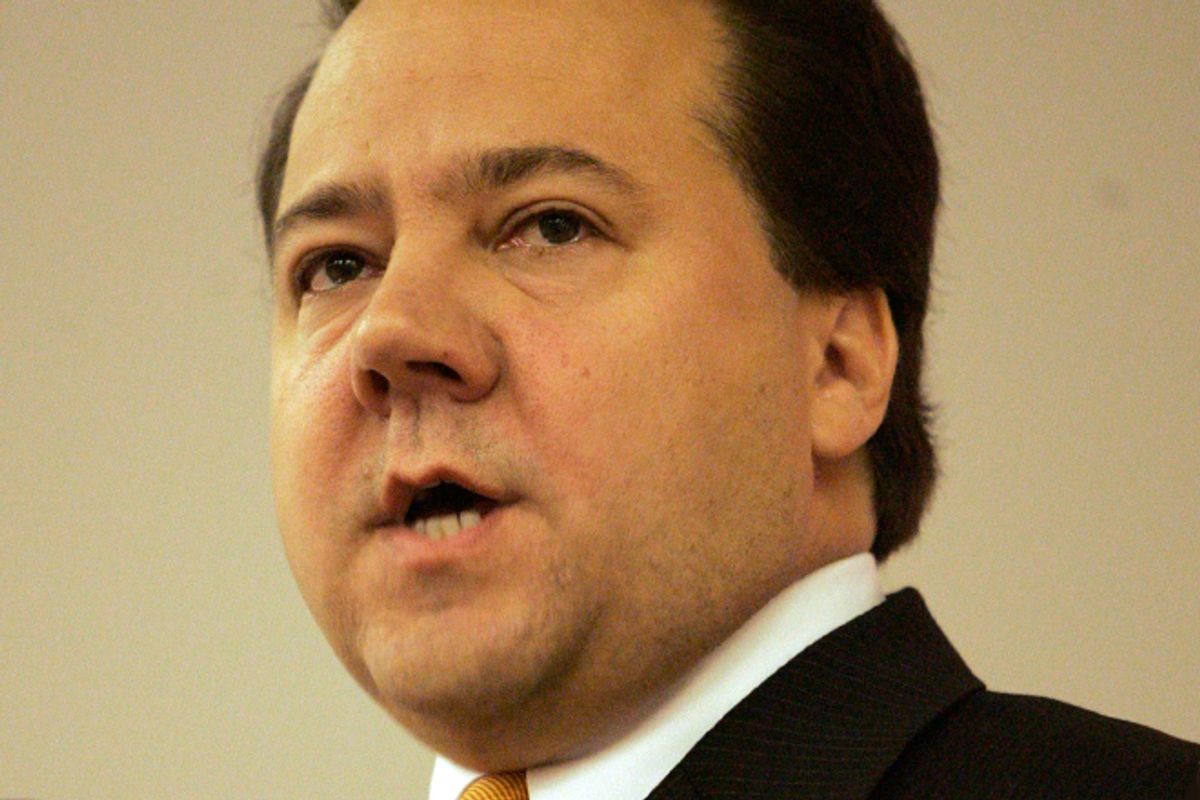 A week after Tax Day, the incessant drumbeat continues: conservatives are, as usual, insisting that the wealthy pay too much in taxes, and that middle- and lower-income Americans should therefore pay more. The idea is that the U.S. tax code is so intensely progressive, that it not only punishes the so-called "job creators," but also allows millions of supposed loafers to not "have skin in the game," as Rep. Pat Tiberi (R-OH) insisted.

Tiberi, like so many of his conservative colleagues, argues that millions of the loafers "don't pay taxes" - a fantasy that effectively reimagines GOP opposition to, say, the Buffet Rule as an honorable attempt to prevent a supposedly progressive tax system from becoming more progressive. That opposition is portrayed as part of a larger effort to push the system toward flatness. And, of course, flatness in tax rates is the conservative vision of pure fairness, with the right going so far as to label its flat tax initiatives a "fair tax" campaign.

The key unquestioned assumption baked into this crusade, however, is flawed. Setting aside the indisputable reality that almost every American pays some form of taxes and that almost nobody "doesn't pay taxes," the supposition that the tax system is punitively progressive is simply false. Sure, a few specific taxes such as federal income and federal estate levies are mildly progressive -- but because there are so many other stunningly regressive policies in place (capital gains taxed lower than wages, dividends taxed lower than wages, etc.) the tax system as a whole is almost completely flat.

To illustrate this point, behold what is perhaps the single most important and easy-to-understand chart outlining this truism. It comes from the watchdog group Citizens for Tax Justice. Unlike deceptive charts from right-wing foundations that only focus on one or two taxes in order to pretend the rich are persecuted, CTJ evaluates the entire system:

To know this is a flat tax system is to ponder how differently a genuinely progressive system would operate. You'd have the top 1 percent of income earners making 21 percent of the income but contributing a much higher percentage of total national taxes. But again, that's not the reality because our tax system is effectively flat.

That reality, then, means the GOP's ongoing efforts to flatten the few remaining progressive levies -- for instance, either through lowering top marginal income tax rates, or raising the lowest of those rates -- is an effort not to merely make the tax system flat, as Republicans assert. On the contrary, it's an effort to make the tax system decidedly regressive so that lower income people pay more in taxes than they reap in national wealth. In the current parlance, such GOP efforts are a stealth attempt to effectively endorse the very inequity Warren Buffet laments -- the one that allows him to pay a lower effective tax rate than his secretary.