Everything you need to know about Willard Mitt Romney. An excerpt from Salon's new e-book, "The Rude Guide to Mitt" 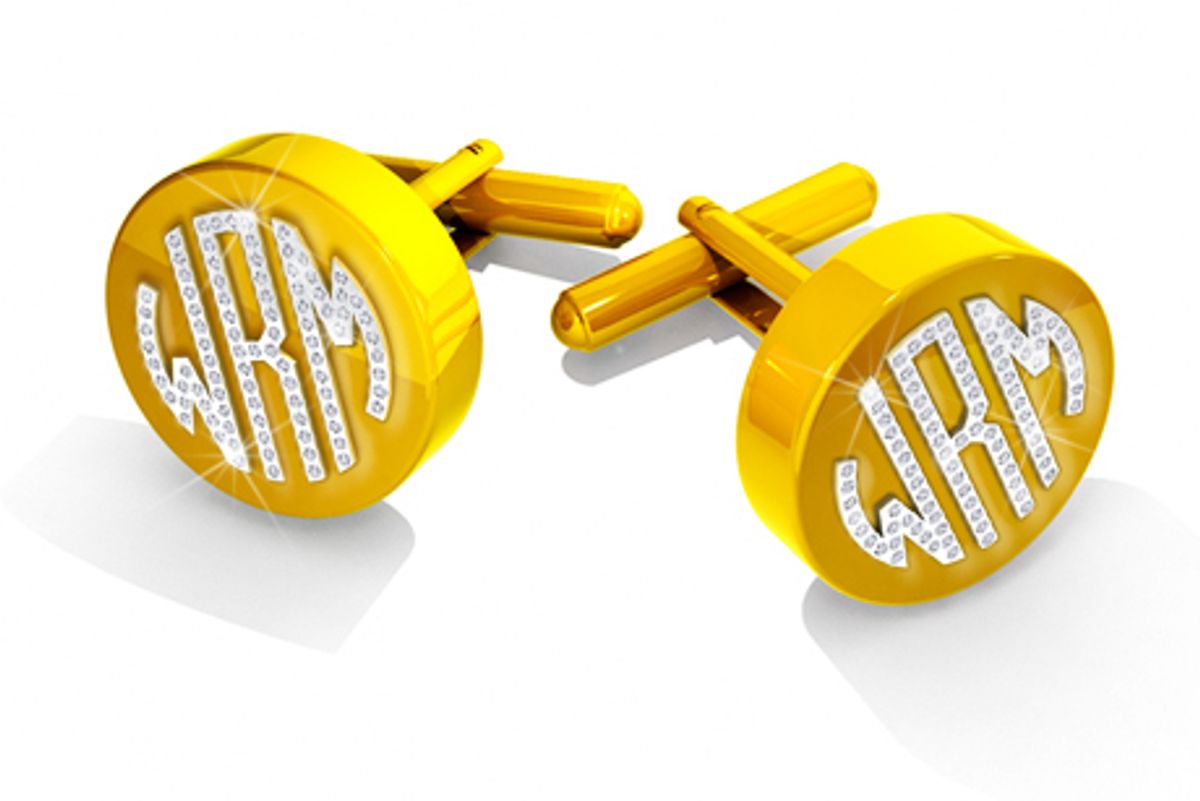 The following is an excerpt from Alex Pareene's new e-book for Salon, "The Rude Guide to Mitt." It can be purchased at Amazon, Barnes & Noble, iTunes and the Sony Reader Store.

Mitt Romney is weird. When the Obama reelection campaign early in the cycle made the mistake of indicating that its strategy would be to imply that Mitt Romney is weird by repeatedly telling Politico that it planned on calling Mitt Romney weird, Romney's camp countered by causing a brief and not particularly sincere media brouhaha over whether "weird" is code for "Mormon." Plenty of Americans think Mormons are weird, yes, but in this case, the simple fact is Mitt Romney is weird, entirely apart from his religion.

He seems incapable of natural conversation and frequently uncomfortable in his own skin. He's simultaneously dorkily earnest and ingratiatingly insincere. He suggests a brilliantly designed politician android with an operating system still clearly in beta. He once tied a dog to the roof of his car and drove for hundreds of miles without stopping and some years later thought that was an endearing story. All video of him attempting to interact with normal humans is cringe-inducing, as a cursory YouTube search quickly demonstrates. (Martin Luther King Day, Jacksonville, Fla., 2008: Mitt poses for a picture with some cheerful young parade attendees. As he squeezes in to the otherwise all-black group, he says, apropros of nothing, "Who let the dogs out? Woof, woof!") He seems to have been told that "small talk" is mostly made up of cheerfully delivered non sequiturs.

Every good Romney profile has a "Romney says something bizarre" moment. In Sridhar Pappu's 2005 profile for the Atlantic, Romney produced a commemorative plate featuring the likenesses of Dwight and Mamie Eisenhower, and announced: "Not only was Eisenhower one of my favorite presidents; when we became grandparents, you get to choose what the kids will call you. Some call you Papa. I chose Ike. I'm Ike, and Ann is Mamie."

Leaving aside that Eisenhower worship is not particularly widespread in the modern GOP (he failed to kill the New Deal programs and didn't particularly love Israel), it is not "a thing" that you can make your grandchildren call you by the name of a random dead president. There are a wide variety of names for grandparents based on family traditions and cultures and adorable toddler malapropisms, but I have never heard of a grandparent asking to be called some other non-related person's name. ("Make the children call me 'Horatio' because I so admire 'CSI: Miami's' David Caruso.")

Even Romney's family seems to have found this weird: Of his eight grandchildren, only the oldest ever called him "Ike," according to Tagg, and she stopped when everyone else evinced a preference for "Papa."

This odd Eisenhower admiration seems like some sort of carefully calculated (but poorly thought out) way to highlight "moderateness" while also appealing to pious sentiment. Romney explains that he admires Ike as much for his personal morals as for his actual acts, and says he feels disappointed in Jefferson, for his affair with Sally Hemings. "What for me makes people like Teddy Roosevelt and Franklin Roosevelt and John Adams and George Washington and Dwight Eisenhower and Ronald Reagan such extraordinary leaders is that they had integrity through and through," he says. (I guess it's OK to have an affair, like FDR, and own slaves, like Washington, but Romney draws the line at combining the two.)

He has an odd habit of bragging, or sort of bragging, when dealing with regular folk on the campaign trail. The New York Times (in a feature, by Ashley Parker and Michael Barbaro, entirely about how weird Mitt Romney is) has him telling a woman at a diner that he "stayed at a Courtyard hotel last night," adding, "it's LEED-certified."

In his 2007 New Yorker profile, Ryan Lizza refers to it as "one-upmanship."

After a voter at the New Hampshire diner told Romney, “My daughter goes to Michigan State," he replied, “Oh, does she, really? My brother's on the board of Michigan State." When another patron said that she was from Illinois, Romney told her, “I won the straw poll at the Illinois Republican convention!"

His off-kilter interpretation of casual conversation also involves guessing at the ethnic background of strangers, poorly ("are you French-Canadian?"), and awkward joking (pretending a waitress pinched his ass). And he enjoys congratulating people, seemingly for the feat of existing and being in the vicinity of Mitt Romney.

If Nixon was epically, operatically weird -- the sort of president the nation that produced Charles Manson should expect, let's say -- Romney is uninterestingly weird. First reel of "Blue Velvet" weird, without a hint of that subterranean layer of rot and perversion underlying the whole thing. Upon returning to his childhood home in Michigan for a 2012 campaign event, Romney noted that the trees were "the right height."

Another fun -- and weird -- Romney fact: He models his hair not on that of his father, or that of Leland Palmer, but on his father's top religious aide in Romney's boyhood. From the Globe:

Mitt had grown up hearing people comment on his father's sweep of slicked-back black hair, white at the temples. But since his early teens, Mitt had patterned his own hairstyle after a man named Edwin Jones, who served as his father's top aide in running the Detroit operations of the Mormon Church.

"He sat up front, to the side at a desk, keeping records," Mitt would recall years later. "I remember that he had very dark hair, that it was quite shiny, and that you could see it in from front to back. Have you looked at my hair? Yep, it's just like his was some 40 years ago."

"Have you looked at my hair?" There is perhaps some psychological insight there: Romney is worshipful of his father, and has apparently modeled himself on a man his father trusted.

Romney's commitment to clean living is less an individual quirk than one prescribed by his religion, but it is always amusing when a grown adult acts like a character in an Archie comic. A 2003 Boston Magazine piece has the new governor pouring Diet Vanilla Coke and regular Vanilla Coke for a family taste test. (I can only assume the sodas are caffeine-free, though there is some debate in LDS circles about the letter versus the spirit of the prohibition against "hot beverages," which does not explicitly mention caffeine.) It also notes Romney's regular breakfast: "cereal, egg whites, and toast without butter." At Bain Capital, he refused to put his own money in a company that produced R-rated movies. (He did consent to allow Bain to invest.)

Even the stories of Romney's supposed temper are ridiculous. He was arrested, in June of 1981, for disorderly conduct while attempting to launch his family boat in Cochituate State Park. He got in a heated argument with a cop who noted that the boat was not displaying its registration. Romney was hauled in in his swim trunks. Charges were dropped when he threatened to sue for false arrest. At the 2002 Salt Lake Winter Olympics Romney got in a public confrontation with a volunteer police officer directing traffic outside an Olympic venue. Police allege Romney said "fuck" multiple times while berating the cop. Romney declined to apologize to the cop, Shaun Knopp, and while the public berating did happen -- he mentions it in his book -- Romney made a big point of specifically denying that he used a bad word. (In fact, Romney insisted at the time that he specifically said "H-E double hockey sticks." Like a child. A remarkably well-behaved child speaking in earshot of his second grade teacher.) He told the Boston Globe that he had two witnesses to corroborate his denial. "I have not used that word since college — all right? — or since high school," he said.

His mother got a bit TMI when Romney was running against Ted Kennedy in 1994. From the Times: "Where Senator Kennedy, who remarried two years ago, is still known for his hard-drinking, hard-living bachelor days after his 1981 divorce, Mr. Romney's mother, Lenore Romney, who is 85, volunteered in an interview last week that her son and Ann waited until they were married to have sex."

Romney recently told People magazine, "I tasted a beer and tried a cigarette once, as a wayward teenager, and never did it again." I'm not sure we should believe him. There's no way in hell I can imagine Mitt Romney loosening up enough to have a beer.