Believe it or not, it\'s possible to be a flip-flopper and a right-wing ideologue at the same time 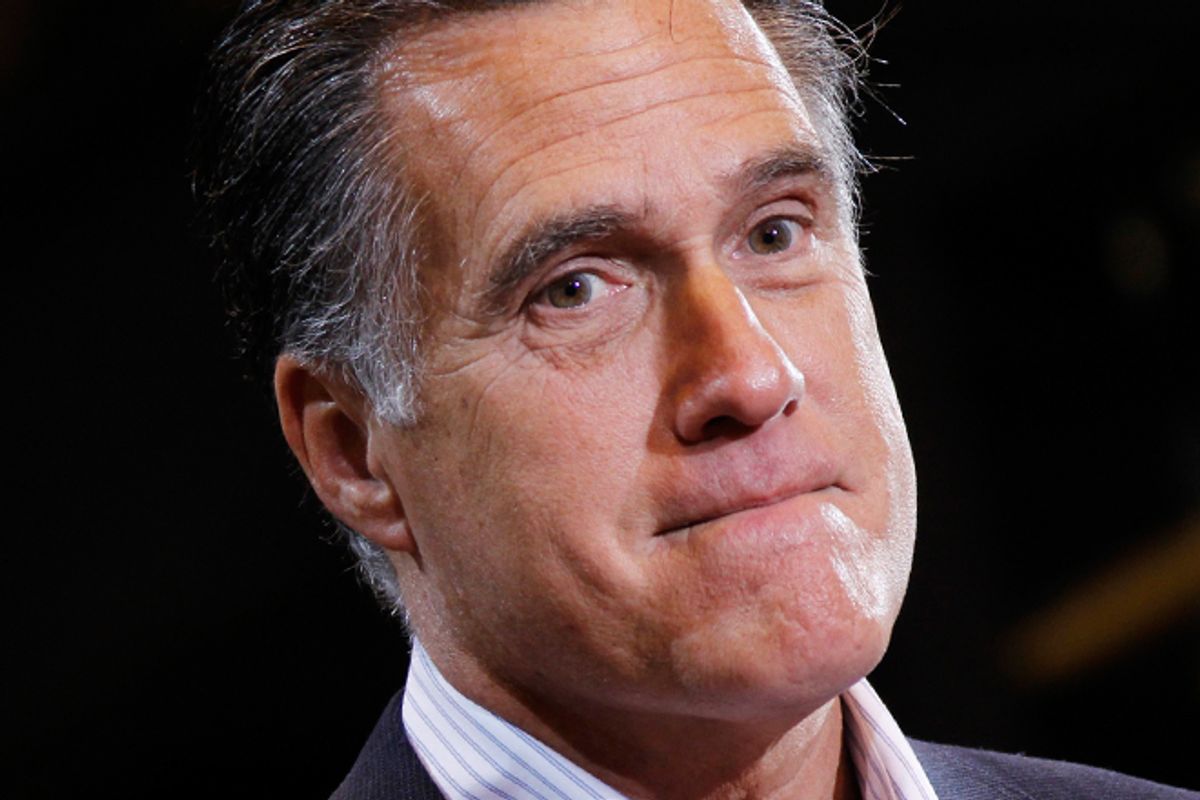 The Obama team's decision to emphasize the far-right positions Mitt Romney has taken during the GOP primary campaign and to portray him as an ideological extremist is apparently causing some confusion.

Reporters at an off-the-record White House briefing last week, according to a new Politico story, "harrumphed" when a top Obama aide described Romney this way and pointed out that the Obama had been insisting for months that Romney was an ideological chameleon.

Actually, being a right-wing ideologue and a spineless flip-flopper don't have to be mutually exclusive conditions. And in Romney's case, they probably aren't.

His reputation for shape-shifting is richly earned, but it's not the result of chronic indecisiveness or a mercurial personality. There's a very specific reason why Romney has been all over the map ideologically: political survival.

For nearly two decades, he's almost never failed to adopt whatever positions are most likely to appeal to whatever audience he's most dependent on to retain his political viability. In Massachusetts in the mid-'90s, this meant running as a cultural liberal.  When he briefly thought his political future might be in Utah, it meant backtracking on that cultural liberalism. When he then came back to Massachusetts to run for governor in 2002, it meant returning to the middle -- until he decided, midway through his first term, to pursue he GOP's 2008 nomination, at which point he veered sharply to right on just about every topic imaginable.

This is how Romney ended up embracing a set of positions during this year's race that will probably make him, on paper, the most conservative Republican nominee since Barry Goldwater in 1964. In particular, the views he's felt compelled to articulate on immigration and women's issues have left him in terrible shape with two crucial general election constituencies, which helps explain why Democrats are now so eager to brand Romney as an ideologue.

The key here is that the particular style of flip-flopping Romney practices makes it unlikely that he'll escape the right's agenda if he becomes president. Conservative leaders are deeply suspicious of him and on-guard for any signs of a sell-out, and the GOP's congressional ranks are now littered with similar true believers. They wouldn't pay a political price if they go to war with a Romney White House over an issue of principle, but a Romney White House would.

A smaller-scale demonstration of this tension can already be seen in the House, where Speaker John Boehner -- whose ideological "purity" is as suspect as Romney's -- has lived in fear of a conservative revolt since claiming the gavel last year. A new book from journalist Robert Draper describes how conservative absolutists within the House GOP conference essentially called the shots on some of the biggest issues of 2011, forcing Boehner into a confrontation with President Obama over spending cuts and destroying Boehner's hopes of forging a "grand bargain" with the president on the deficit, taxes and entitlements.

This is the dynamic that David Axelrod, Obama's top political adviser, was probably referring to when he said on CNN's "State of the Union" on Sunday:

You know what? I think a lot of Republicans in Congress want to cooperate and know better, but they're in the thralls of this reign of terror from the Far Right that has dragged the party to the Right. In your own polling and other polling, you see the Republican Party has really moved out of the mainstream.

This is the best way to understand Romney's flip-flopping. Whatever is own instincts are, the decisions that have defined his 18-year political career all suggest that he'd be the presidential equivalent of Boehner -- a man who doesn't lead his party, but instead is led by it.