Can this woman save Sarkozy? 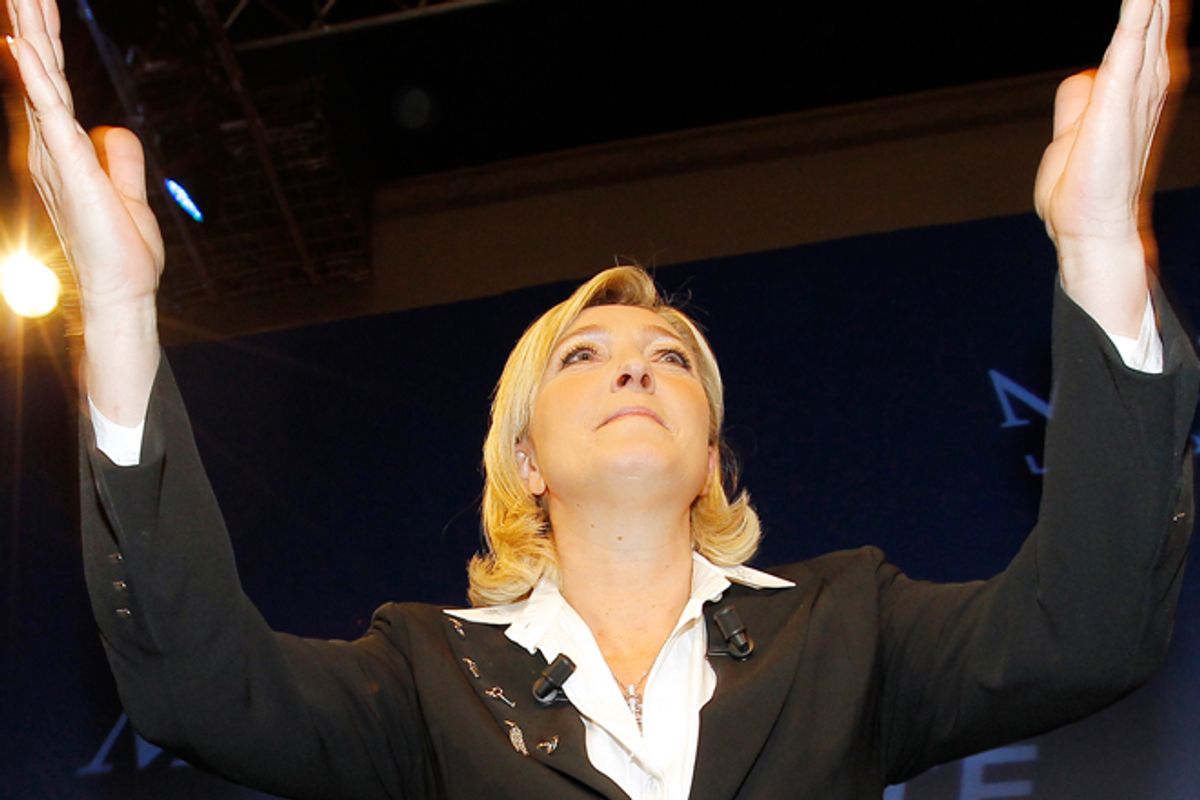 Marine Le Pen reacts after the first round of French presidential elections on Sunday. (AP/Jacques Brinon)
--

LONDON, UK — Campaign strategists for both Nicolas Sarkozy and Francois Hollande will be scrambling on Monday to make sense of a first-round presidential vote that left neither with a clear path to victory — and showed a surprise level of support for a far-right candidate.

As many analysts expected, Socialist Hollande scored higher than incumbent Sarkozy in Sunday's election, but thanks to a surge in the popularity of Marine Le Pen of the anti-immigration National Front party, a easy win is no longer the foregone conclusion that many predicted.

Hollande took 28.8 percent of the vote against Sarkozy's 26.1 percent, meaning they will face each other in a run-off vote on May 6. But what was expected to be a simple referendum on differing plans to rescue France's struggling economy has been complicated by Le Pen's showing of 18.5 percent.

As horse-trading begins for the support of those who voted for the eight lower-polling candidates now eliminated from the race, the problem now facing both Hollande and Sarkozy is how they can capitalize on the far-right turnout.

Some analysts said center-right Sarkozy is most likely to benefit from Le Pen's success, others argued it could derail him. Meanwhile, Jean-Marie Le Pen, who founded the party his daughter now leads, said the result put the National Front on track for big wins in June parliamentary elections.

Le Pen's success also raises the possibility that French opinion was swayed by a series of shootings in southern France last month involving a 23-year-old terrorist who claimed allegiance to al-Qaeda. At the time, Le Pen said the incident showed that the "Islamic fundamentalist threat has been underestimated in our country."

That said, Le Pen has doubtlessly attracted considerable support for her protectionist economic policies and for being the only conservative candidate proposing to take France out of the euro.