Your next mayor: A computer

Technology is helping cities control everything from traffic to disease. But who should control the technology? 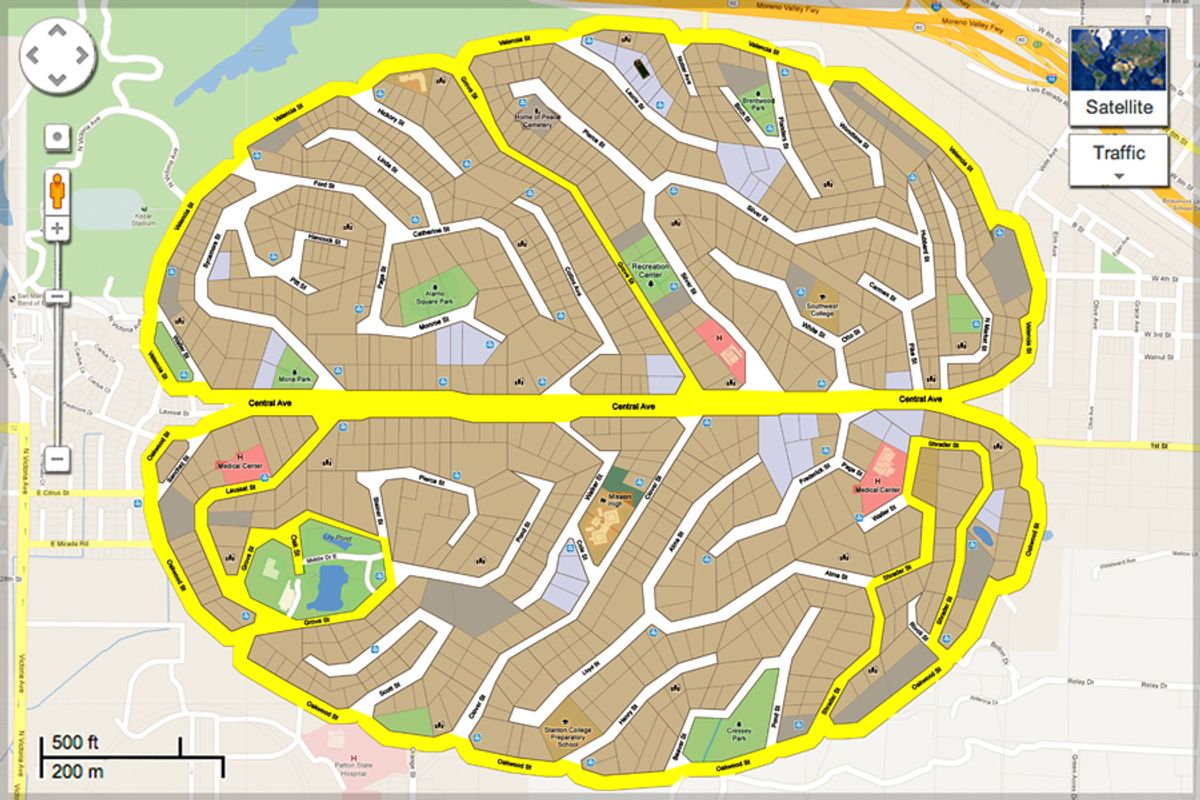 Three years ago, 100 Parisians volunteered to wear a wristband with a sensor in it. The sensors measured air and noise pollution as the wearers made their way around the city, transmitting that data back to an online platform that created a virtual map of the city's pollution levels, which anyone with an Internet connection could take a look at.

It was simple, elegant, effective -- and a peek at the urban future, when "smart cities" will collect data of all kinds (in all kinds of ways) and use it to make themselves better places to live. The Paris wristband project shows how these efforts are already taking place, as urbanites conceive of solutions to their cities' problems through creative uses of technology. It's urban resourcefulness at its finest.

But it may not last. The smart-city movement is at a crossroads. With the market projected to be worth $16 billion by the end of the decade, big companies like IBM and Cisco have much grander -- and more profitable -- ambitions than these small-scale projects. They're going all-in on smart cities, with designs that supposedly do everything from end traffic jams to prevent disease outbreaks to eliminate litter. "Almost anything — any person, any object, any process or any service, for any organization, large or small — can become digitally aware and networked," said IBM Chairman Samuel J. Palmisano at the 2010 SmarterCities forum in Shanghai. "Think about the prospect of a trillion connected and instrumented things —cars, appliances, cameras, roadways, pipelines ..."

Indeed, the goal of these companies is not just to participate in the evolution of smart cities, but to connect and control virtually everything with massive operating systems that will run these cities in their entirety. "Everybody wants to be the architects of these systems because then you own them forever," says Greg Lindsay, author of "Aerotropolis" and an urban-technology reporter for Fast Company. "You could say it's sort of a land grab."

Which of these futures should smart cities shoot for -- the bottom-up model or the top-down version? A few weeks ago, Lindsay and Anthony Townsend of the Institute for the Future debated just that question. It's easy to feel a knee-jerk reaction against the top-down, evil-corporate-overlord schema, but it has some things going for it. Rio de Janeiro is perhaps the closest thing the world currently has to a top-down smart city. Two years ago, IBM built an enormous, Mission Control-like facility for Rio, from which emergency services, transit, traffic, air quality, weather, contagious disease outbreaks, landslides and just about everything else is now monitored and managed. "Eighty interchangeable digital panels project live video feeds from 450 cameras," is how the Daily Beast described it, "plus a dizzying array of tricked-out Google Maps of schools and hospitals, car accidents ... and close to 10,000 GPS-tracked buses and ambulances."

It's an undeniably nimble and efficient method (assuming the system doesn't crash), and will come in handy when Rio hosts both the Olympics and the World Cup in the next four years. But it also consolidates power in the executive branch and creates an unsettling scope of surveillance. Its greatest novelty, however, may be that the system effectively puts a corporation, IBM, partially at the helm of a city of 6 million people.

"It has something like 70 different city departments under it," says Lindsay of Rio's system. "You create this entanglement where IBM almost becomes part of the city government. You couldn't untangle it if you wanted to."

Not to mention the fact that IBM is a computer company, not an urban planning consultancy. In his debate with Lindsay, Townsend asserted that the companies vying for smart-city dominance "know nothing about cities." In fact, he said, despite having one of the biggest smart-city divisions in the IT world, IBM just hired its first urban planner last year. Why so little interest in what makes cities tick? "That's probably the whole arrogance of the technology culture," said Lindsay. "I think the software industry sees urban government as having failed." Their attitude is: "'We will come into your city and we will fix it.'"

It sounds, frankly, like Robert Moses all over again. New York's "master planner" was notoriously uninterested in conforming his grand designs to urban nuances, with terrible consequences. Which is why the other way to approach smart cities, from the bottom up -- referred to, naturally, as the Jane Jacobs method -- is not only less risky, but holds vastly more potential.

"I always go back to the fundamental question of what cities are for, and what they do for us for free if we let them," says Adam Greenfield, managing director of Urbanscale, an urban-technology consultancy. Rather than looking at cities as things that need to be be "fixed" by a distant force from on high, he sees technology as a tool to enhance a city's existing strengths -- starting with its residents themselves. "I go back to a book I read called 'The Uses of Disorder,' which suggests that cities are about maximizing interface between you and others," says Greenfield. "You're connected to a variety of people and providing the city itself with information and insights."

A great example of maximizing the urban interface is SeeClickFix, an online platform that lets people report local infrastructure problems, from leaky hydrants to dangerous intersections. Other users can then "Like" those reports, Facebook-style, so city administrators can see which projects their citizens consider most urgent. It also saves local government the expense of monitoring every square foot of the city by itself.

There are other examples of bottom-up smart city thinking. In Seattle, 500 residents attached electronic trackers to pieces of their trash so that the items could be followed through the sanitation system to pinpoint inefficiencies. In Singapore, a group from MIT is developing a website that will show real-time movements of in-demand urban amenities, like cabs during rush hour. And a New York designer named Leif Percifield is prototyping a solution to his city's combined-sewage overflow problem, in which thousands of gallons of raw sewage are dumped into the rivers when it rains. It would cost untold millions for the city to fix this problem; instead, Percifield is placing sensors in the sewers that will detect when the overflow is happening, so residents, who can opt to be automatically notified, can choose not to flush their toilets till the overflow has stopped.

Greenfield admits that these could be seen as a raw deal, government shunting its responsibilities onto the people. "But looked at from another perspective," he says, "it's empowering." It's a bit like how Twitter has become a place where people get their news -- sure, a media company could have built and run a similar system itself, but on Twitter we send the links around for free, and gladly.

The common thread in all of these solutions is data, and much of it already exists, just waiting to be grabbed. "Your iPhone has eight sensors on it," says Lindsay. "Think about the number of iPhones per city." Cellphone signals, tracked en masse and anonymously, could be used to reorient transit service toward where it's most needed, and to see how many people are visiting a city's parks. It's no more Big Brother-like than what already exists -- the government can and does access cellphone location data all the time -- so why not put that data to work for the benefit of cities?

Lindsay sees a day when the smart city has become so sentient that we can choose to have our phones make us aware of people in our immediate vicinity who would be advantageous for us to meet. A smart city could eliminate unused office space with a system that allows us to seamlessly share occupancy with strangers whose paths we never actually cross. In the future, we may even marvel that there was a time when cars sat unused 95 percent of the day.

"The city is already smart," says Greenfield. "The intelligence is just bound up in the actions and behaviors of its users. If we harness that intelligence, we win."

Next week: A look at the new smart cities that are being constructed from scratch, their place in the future of urbanism, and what our current cities can learn from them.