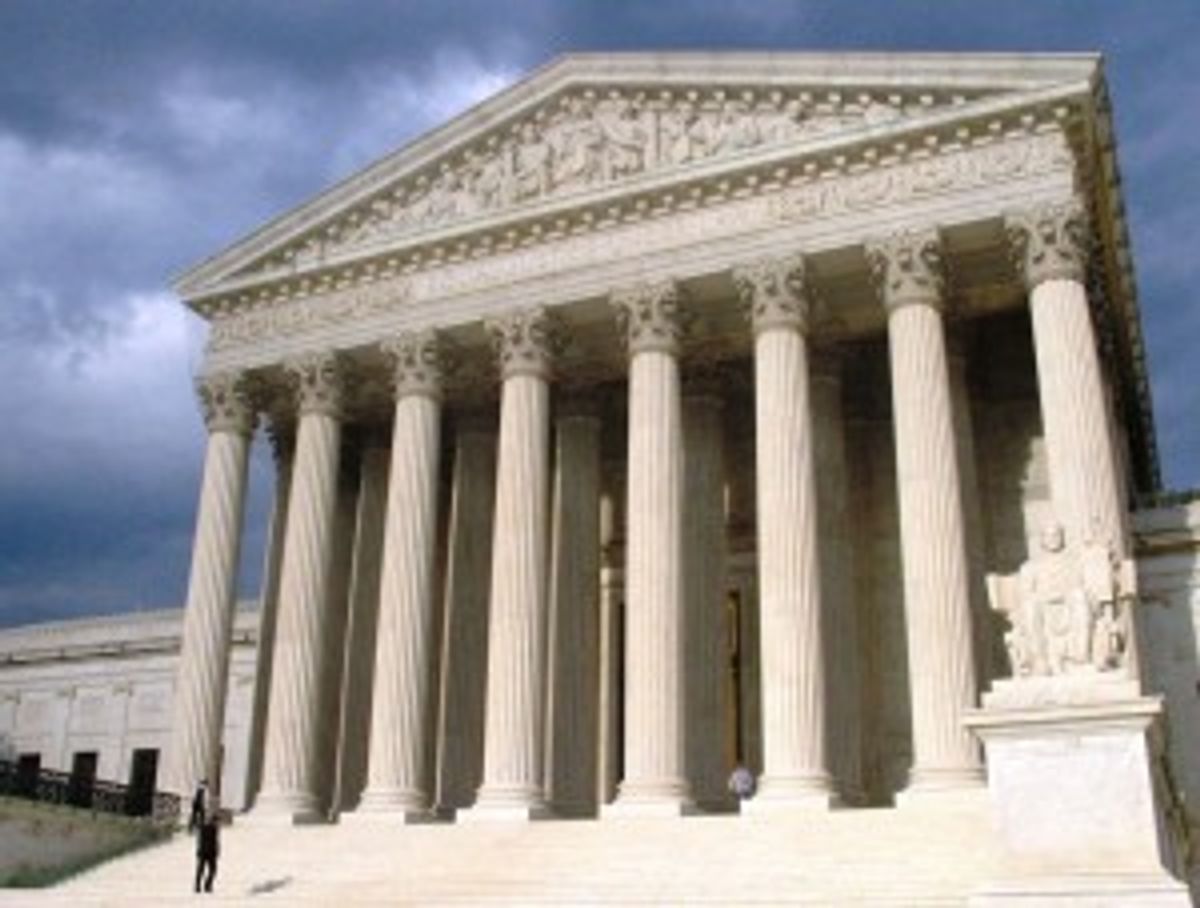 As the Supreme Court hears oral arguments today on the constitutionality of Arizona's hard-line immigration law, lawyers will revel in arcane discussions of "preemption" and "severability" and "harmonious regulation." Others will ponder the ever-elusive question of whether the eight sitting justices (Justice Elena Kagan is recused) will prove to be "strict constructionists" or "judicial activists."

The rest of us may prefer to cut to the political chase. The justices will, in all likelihood, either generally uphold the constitutionality of Arizona's law -- which expands the powers of state police officers to ask about the immigration status of anyone they stop and to hold those suspected of being in the country illegally -- or they will throw out its key provisions as a usurpation of the federal government's powers. What happens then?

The court's decision, expected in June, is sure to roil an accelerating presidential campaign where immigration has already proven to be a potent issue -- and possibly in unexpected ways. "In terms of electoral politics, it’s a win-win for Obama," says Antonio Gonzalez, president of William C. Velasquez Institute, a Latino public policy research organization. If the court throws out the law, Obama can claim vindication that immigration restrictionists have gone too far, Gonzalez says. If the court upholds the Arizona law, he can "condemn the decision and vow to fight other state laws," a stance that is likely to be popular with Latinos who now make up 25 percent of the electorate and whose support is crucial to the president's reelection prospects.

While upholding  the law would "give a shot in the arm to the politics of immigrant exclusion," Gonzalez argues it would also limit Romney's ability to expand his appeal to Latino voters, something that the candidate seems inclined to do.

During the primary season, Romney effectively blunted challenges from Texas Gov. Rick Perry and former House Speaker Newt Gingrich by portraying them as soft on illegal immigrants, the vast majority of whom are from Mexico and Central America. At the same time, polls showed Obama opening an enormous lead among Latino voters, prompting Romney to confide to supporters that his campaign was "doomed" unless he could win Latino votes. This week the Romney campaign distanced itself slightly from Kansas Secretary of State Kris Kobach, author of the Arizona law and a Romney adviser. At the same time the candidate stumped with Sen. Marco Rubio of Florida who has said the Arizona law is "not a model" for the country.

"He's trying to get out of the shackles" of his hard-line position, Gonzalez argues. "If law is upheld, it makes it much harder for him to do that."

If the law is thrown out, "Romney has more of an opening to back up from his primary positions and talk about alternative plans," says Chuck Rocha, executive director of the Latino Project, a Democratic political action committee. "If its not thrown out, he has to own it."

Rocha says his PAC will use a decision favorable to Arizona "to appeal to Mexican-American voters who see this law as Republican overreach" in a dozen contested congressional elections from Florida to California.

Meanwhile, immigration restrictionists talk bravely that Romney will benefit among the general electorate, if not with Latinos, if the law is upheld.

"If Romney holds firm, we know there's a broad activist base across the country that is highly motivated and that doesn't want to see taxpayers pay for services for people who have no right to be here," says Dan Stein of Federation for American Immigration Reform (FAIR), which supports the Arizona law.

Stein is right that restrictionist laws are increasingly popular. Five states (Alabama, Georgia, South Carolina, Utah and Indiana) have adopted similar laws, but have been enjoined from enforcing them. FAIR says six other states are actively considering them. But they have also mobilized resistance from business interests. When Rubio served as Speaker of the Florida House, Arizona-style immigration legislation never got out of committee. Even in solidly Republican Texas and Mississippi, restrictionists could not get an Arizona-style blll approved this year.

Chris Newman, general counsel for National Day Laborer Network in Los Angeles, isn't so sure, however, that the case will help Obama. He think a decision favorable to Arizona would "put Obama in a tough spot." While the Obama administration has fought the states seeking to establish their own immigration policies, it has also carried out record numbers of deportations, including children.

"He'll have to make normative arguments why Arizona law is immoral and unjust and he'll have a hard time doing that because many parts of the law track his own policy. His signature policy has sought to sue local police as a 'force multiplier' for immigration enforcement. Arizona policies are a symptom of that force multiplication."

"The administration," he says, "has sought to benefit from the misery imposed on immigrants on Arizona."

The political impact of the court's decision may be most decisive in two swing states where the immigration issue is most hotly contested: Missouri, where the legislature is considering an Arizona-style bill, and Arizona itself, where the devastating effects of the law on families with undocumented members is driving so many Latinos away from the Republican Party that the Obama campaign now dreams of winning the state in November.

"The issue is not going to go away," says Stein. "If anything its hotter and more robust than ever."