Growing up, made viral 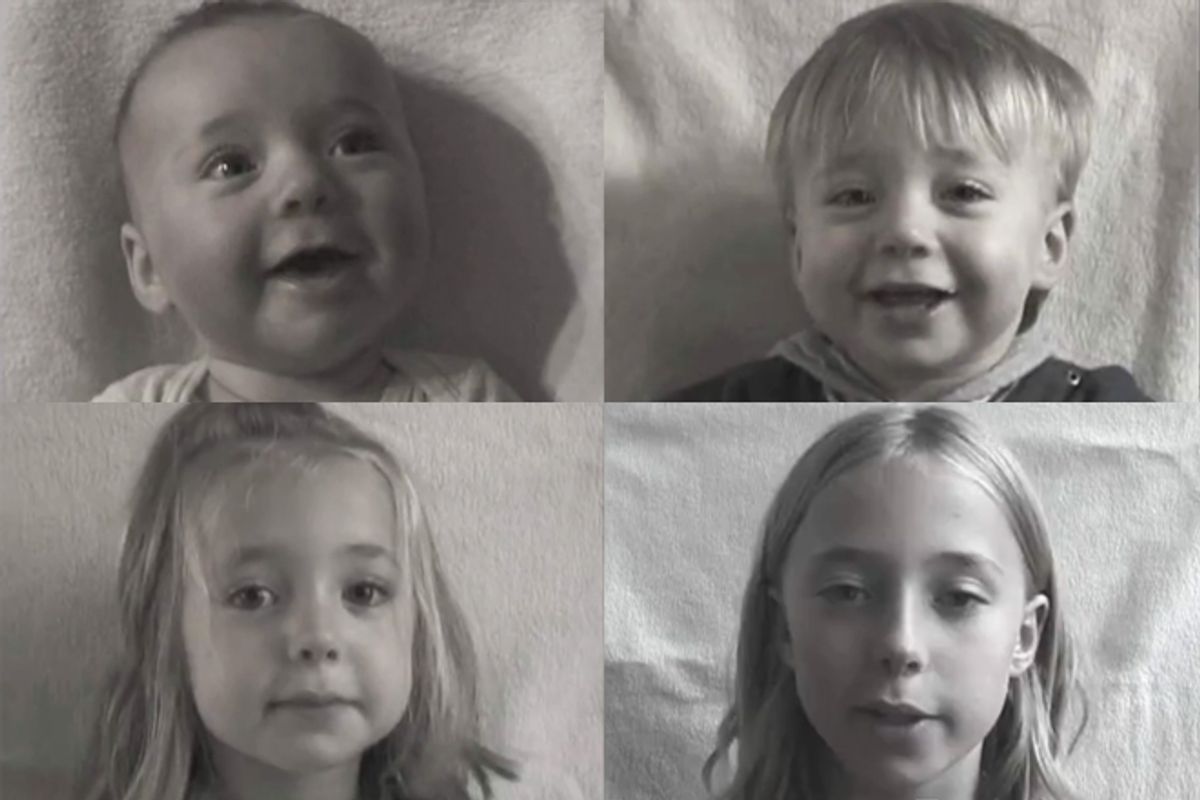 She's a wide-eyed, tow-headed cherub who, in the space of under three minutes, morphs into a smiling tween before our eyes. And since Dutch filmmaker Frans Hofmeester posted a highlight reel of a dozen drooling, giggling and pigtailed years in the life of his daughter on Vimeo last week, his "Portrait of Lotte" has been viewed nearly 4 million times -- and elicited the awe of the online community.

What is it about the rapid transformation of Lotte that's made her such a viral star? Part of it is no doubt the impressive amount of work the video represents – and the consistency of Hofmeester's project. In 12 years' worth of weekly videos, Lotte's hairstyles, expressions and number of teeth change, but the background and music guide us smoothly, hypnotically through. It's also maybe because, as Deborah Netburn noted Tuesday in the Los Angeles Times, "the online audience has a history of clicking on time-lapse videos" like the classic  "Noah takes a photo of himself every day for 6 years."

But there's something especially compelling about seeing a child grow up, because it happens all the time right under our hurried noses. "Lotte" undoubtedly is, as the commenters on Vimeo attest, a "beautiful" and "amazing" clip, but because she's an idealized series of moments, she's also a reminder of why people love to tell parents that "it goes by so fast." You know the ones. They gaze enviously at an infant in a mother's arms or a child clutching her father's hand trustfully as they cross the street, and they sigh, with a touch of warning in their voices, "Enjoy it now."

These, by the way, are usually men and women long out of the active child-rearing years themselves, who've forgotten how brutally long the nights with a colicky baby can be or how interminable a trip to the American Girl store is, who have a distance of time between themselves and the long hours it takes to assemble a dream house or chaperone an out-of-control field trip. And the frantic, agonizing, endless space between losing track of a child at the park and spotting her again, skipping carelessly toward you? A distant memory to them. Those people sentimentalize the guts and grit and drudgery of it all, replacing it with a highlight reel of blown-out birthday candles and naps in your lap and picnics on cloudless summer days.

Hofmeester's portrait is a lovely accomplishment, but it's a compression of just a few seconds of each week of his daughter's life – weeks that were no doubt full of scraped knees and stomach flu and tantrums and amazing, joyful experiences. Growing up doesn't occur in front of a white background in two minutes and 45 seconds. It isn't always easy or pretty, or set to nice music. And it does not go by so fast at all. But if you're lucky, that time is meaningful and memorable and savored. If you're lucky, it goes by just quickly enough to make a childhood.